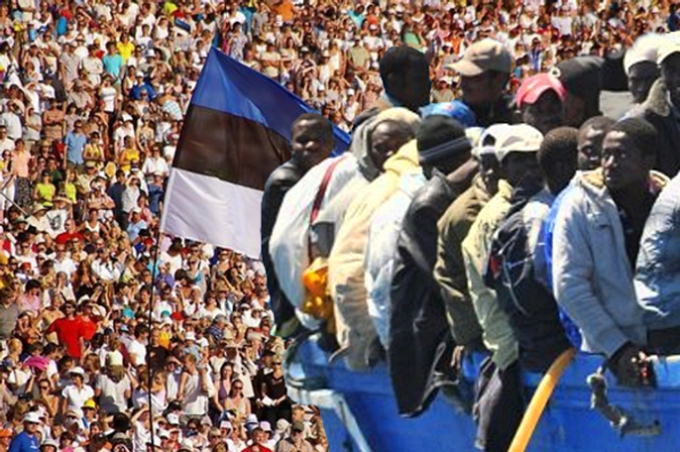 Last week, many people gathered in Tallinn, Estonia’s capital, to protest against the government’s plans to open the country’s borders to African and Middle Eastern immigrants.

Estonian Eesti Televisioon channel, said that “According to the rally’s orchestrators, more than 1,000 people came to the square. Participants of the meeting expressed their disagreement with the prospect of welcoming hundreds of refugees from African countries, which the protesters believe are unable to adapt to the Estonian society. The attendees provided a strong argument of the negative, in their view, experience of the more developed European countries,”

Non-Western Europeans have seen just what this White Genocide agenda has done to the West, and that’s why there are so many against it.

Unfortunately, their leaders are making every attempt to undermine the majority’s views.

Last month, Estonian Prime Minister, Taavi Roivas, said that the country would take 200 immigrants within the next two years.

And did you hear about Kalle Laanet? The Estonian politician who said that the discussion should be about how Estonia should take the immigrants, not whether it should take them at all.

It might not sound like a lot, but this is how it started. Don’t let them get their foots in the door, or you will end up like Western Europe!

Stand proud and tell your leaders: “diversity” is just a code word for White genocide.