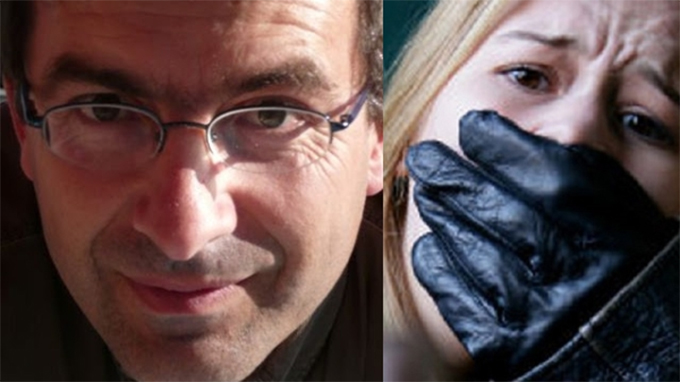 Lecoquierre is the one on the left.

In the blog section of French media outlet, Nouve L’obs, a doctor wrote that any woman who votes for Front National (French anti-mass immigration party) has a “reptilian brain” and should be raped and impregnated to produce “multicolored descendants.”

Thierry Lecoquierre, a Medical Doctor from Le Havre in Upper Normandy, has been reported to the Council of Doctors for his article, which has now been deleted from the website.

His article titled “Impregnate the female of the National Front” says this:

“Right wing women do not appear less mammal than other women, even if they have a bigger than average reptilian brain . As any woman, it is subject to hormonal moods. With a feature that ethnology confirms to us : she gets especially wet for rough men.”

“These female FN sympathizers certainly offer us means to beat them. As each right-wing female appreciates the military and the macho, loathes feminist ideas, let’s play her game: Let’s take her at her own game, let’s take her and fuck her.”

“Since they give us the recipes for crossbreeding their pale race, use it against her side. Let’s sexually overcome these stupid right wing females, for the survival of a smiling humanity. Because they are stupid and easily tricked, like game going to the hunter, things should be easier. Let’s create a curly descent (not German mind you!) let’s curlify this “other-hating”, frightened France.”

“Refusing the advances of family planning, every pregnancy will result in a little half-breed or a mongrel, an artist that tomorrow she will eventually like.”

“Blacks, Negroes, gooks, Jews, leftists, gypsies, disabled, Freemasons and even my gay friends, in solidarity: bring up your hard dicks! Let our consciences sleep under the pillow, and jump on the right-wing pussies offered (unfortunately sometimes pretty!) Hail to a vast altruistic copulation. Provide multicolored descendants to the sinking country of France.”

“With one goal: kill right-wing poison in the egg.”

As of yet, there has been no reaction from French authorities to this shockingly anti-White article.

While most anti-Whites prefer to take a more subtle approach using code words like “diversity”, Lecoquierre is very blatant in saying what he wants: White genocide in France.

Doctor who said rape "right wing" women, in police custody, says it was "ironic"
From: whitegenocideproject.com 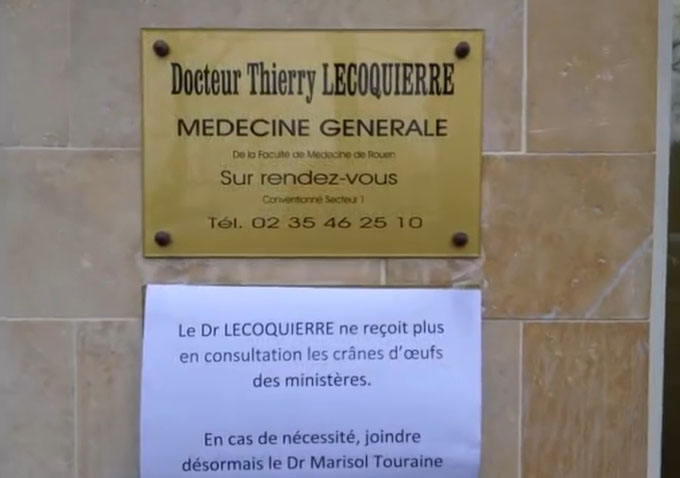 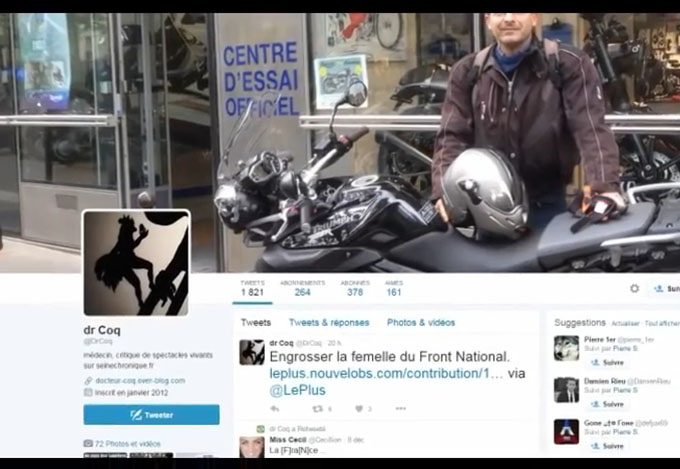 Agoravox, a French news site is reporting that Doctor Thierry Lecoquierre from Upper Normandy, France, has been taken by the police following his call to rape “right-wing” females to create “multicolored descendants.”

It is unclear whether he has been arrested or is just answering their questions.

Dr Lecoquirre’s article was titled “Impregnate the female of the National Front” and was published on the 8th of December. The police found his article and took him in for questioning 2 days later, on the 10th of December.

“Right wing women do not appear less mammal than other women, even if they have a bigger than average reptilian brain ” he wrote in his article.

“Blacks, Negroes, gooks, Jews, leftists, gypsies, disabled, Freemasons and even my gay friends, in solidarity: bring up your hard dicks! Let our consciences sleep under the pillow, and jump on the right-wing pussies offered. Hail to a vast altruistic copulation. Provide multicolored descendants to the sinking country of France.”

“With one goal: kill right-wing poison in the egg.”

According to Agoravox, Lecoquierre claimed his article was supposed to be “ironic“.

It was published on L’obs Le Plus, and like all blog articles on the site it was not checked by the editorial team first. It has since been removed.

The anti-Whites would love this guy if he just called for “multicolored descendants” to be made, but he takes it a step too far, even for them.

You see, anti-Whites have an agenda called “diversity” whereby they try to open the borders of majority White countries and flood them with non-White immigrants, then try to encourage us all to “integrate” into one big “mixed-race melting pot”.

What this amounts to is simply a campaign of White Genocide. Certain influential people within politics, all across the Western world, have deliberately targeted White areas for “diversity”, and this certainly fits the legal definition of genocide.

You will never hear anyone scream for “diversity” in Africa or Asia. “Diversity” is a codeword for White genocide because it’s only about getting rid of White areas and White countries.