Reddit Threatens To Shut Down Compliant Right-Wing Subreddit For “Hate Speech”, Gives No Examples Of It

Reddit administrators are threatening to “quarantine” a right-wing subreddit, which is compliant with Reddit’s content policy and user agreement, for “hate speech”, while declining to define or specify examples of “hate speech” on the subreddit.

The r/altright subreddit got a message from Reddit admin Chtorrr today, saying that the subreddit had “hate speech” on it and that the “hate speech” had to be removed before “further action” was taken: 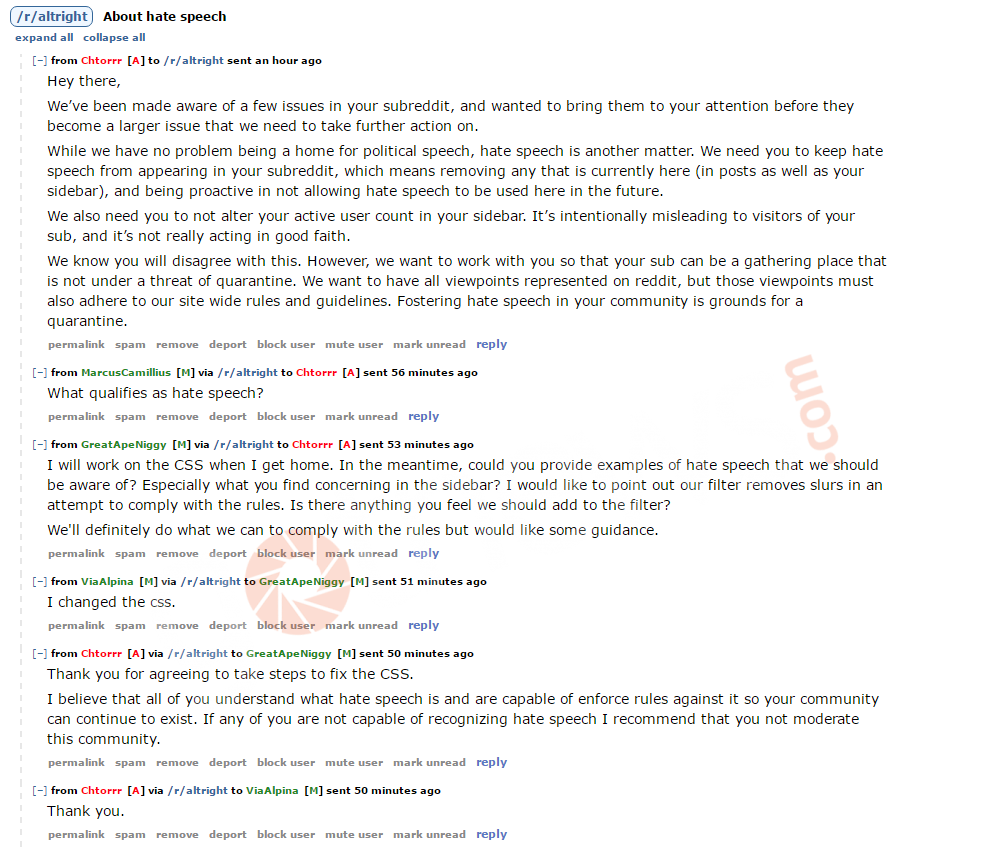 The Reddit admin, however, declines to either define or give examples of “hate speech”: 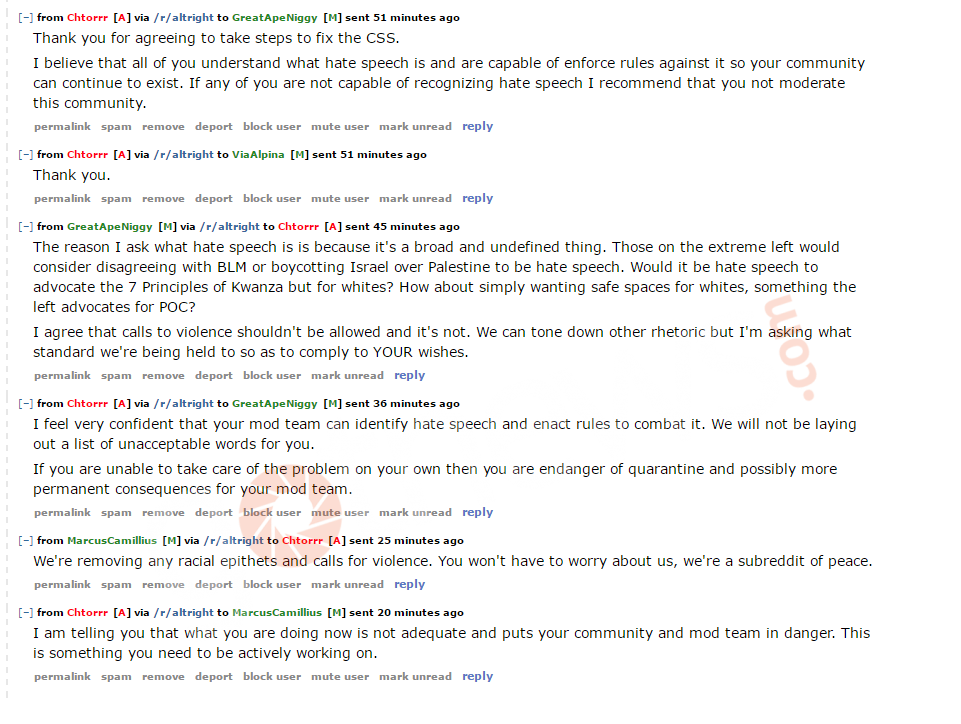 The Reddit admin refuses to specify what constitutes “hate speech” and needs to be removed, despite repeated requests by the subreddit moderators, and warns the moderators that they are “endanger [sic] of quarantine”: 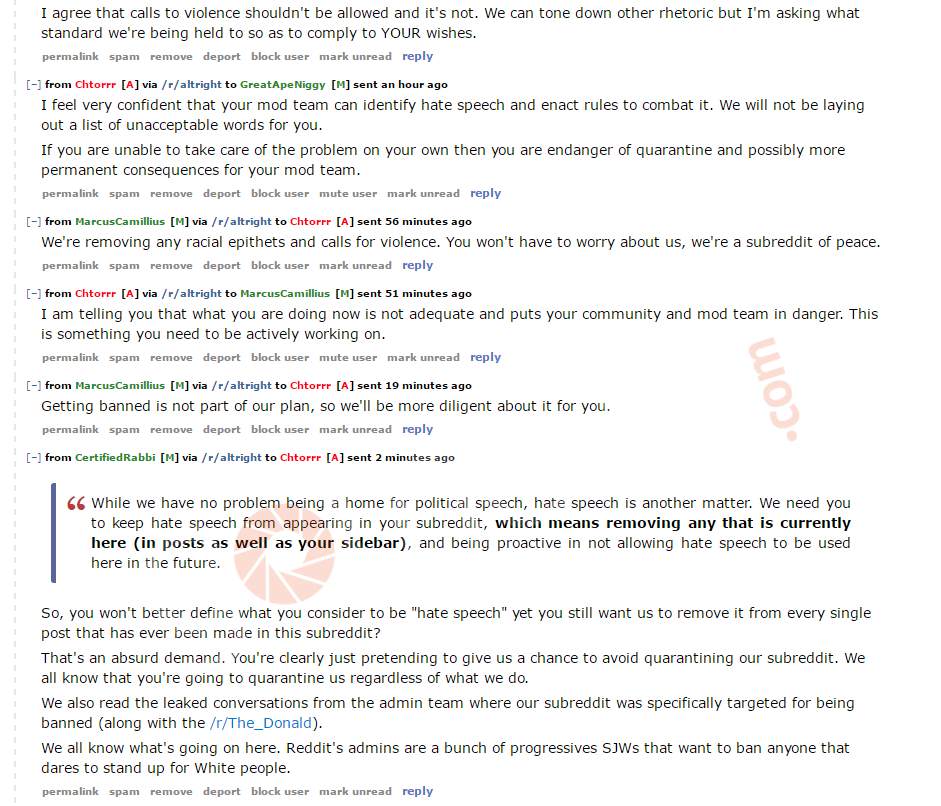 Neither Reddit’s content policy nor user agreement have a single instance of the phrase “hate speech”, let alone definitions: 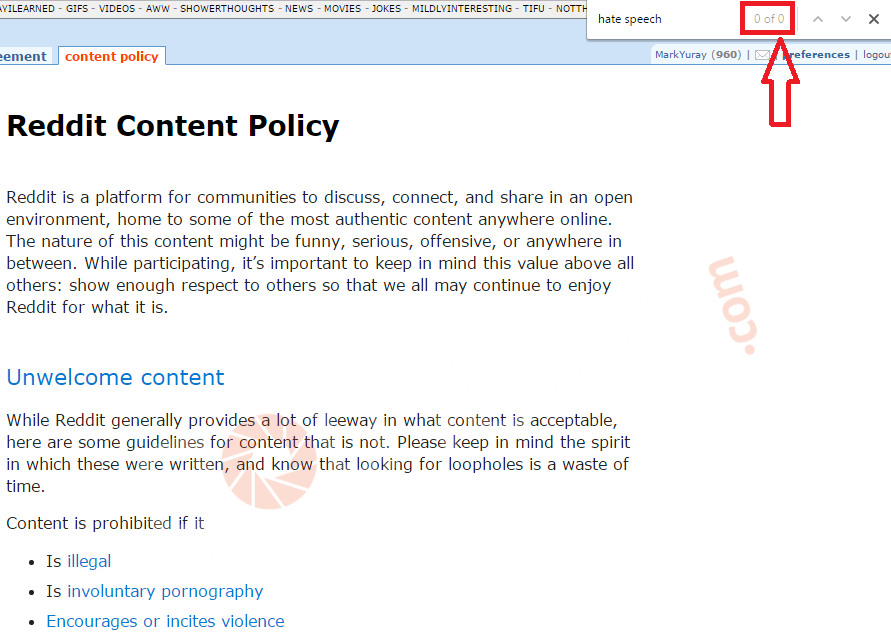 Read the rest of the story at gotnews.com