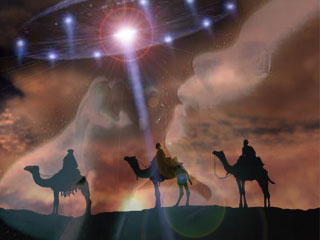 In the ’Revelation of the Magi,’ Christ Appears as a ’Star-Child’

An ancient text called the "Revelation of the Magi," has been rediscovered and tells a very different version of the Three Wise Men’s journey to Bethlehem.

"It ends up being the most complex, richest, most strange, the strangest story of the Wise Men to come out of Christian antiquity," said Brent Landau, an expert in ancient Biblical languages and literature. "Until now, it had never been translated into English."

Landau, who teaches in the Religious Studies program at the University of Oklahoma, translated the text from Syriac and published it in his book, "The Revelations of the Magi: The Lost Tale of the Wise Men’s Journey to Bethlehem."

The ancient text’s original author is still unknown, although it is written from the point of view of the Magi themselves. Landau tracked it down in the Vatican archives and believes it is about 1,700 years old.

"It’s an incredibly grand story," Landau said. "So who the Magi are in this text is, they are descendants of Adam and Eve’s third son, Seth. They live in this far eastern land. The text calls the land ’Shir’ and from other ancient texts, it seems like the place it had in mind is the land of China."

Landau said the rediscovered text described the Magi as practicing religious rituals, waiting for the Star of Bethlehem to appear. When the star finally did, they embarked on their journey to the City of David.

But the version of the Wise Men’s story in this text is strikingly different than the traditional one in the Bible, told in 12 verses in the Gospel of Matthew. 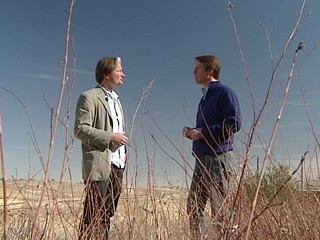 In the "Revelation of the Magi," Landau said, the Star of Bethlehem not only led the Wise Men, but actually became the Christ child.

"The cave is filled with light," Landau said, describing the transcribed text. "They’re kind of hesitant about this, but eventually the star...its light concentrates and reveals the small luminous human being...a star child, if you will...it’s Christ."

Landau Says the Ancient Text Is a Lost Message From Early Christians
In this version, Landau said the most startling, and controversial, difference is what happened next in the story, when the "star child" spoke to the Magi.

"Christ tells them, ’This is one of many occasions on which I have appeared to the peoples of the world,’" Landau said. "So this text may even be saying that there are no non-Christian religions because Christ is the revelation behind everything."

Landau hypothesized that the text a sort of lost message about them from an early Christian community.

"I think the thing that stunned me the most was what it seemed to be suggesting about...the scope of Christ’s revelation, if you will," he said.

We traveled to Bethlehem to track the mysterious journey of the Magi.

Shimon Gibson, a Biblical archeologist and author of several books, including "The Final Days of Jesus: The Archeological Evidence," showed us the roads coming from the east that lead up to Bethlehem.

"There is one road, which goes all the way to China, and it’s called the Spice Route," he said. "[It] sort of came up through the desert and would have been a common sight, I think, at the time of Jesus, to see tradesmen coming along with their caravans."

Gibson acknowledged that the landscape described in the Gospel of Matthew is similar to what one sees in modern Israel, but it would be "impossible" to prove that the famed Wise Men actually traveled to Bethlehem.

"But there is a tradition there that’s linked into a certain reality," he said.

Gibson added that the elements of the familiar Nativity scene made sense based on the historical and archeological data of the time.

"If you were arriving in Bethlehem 2,000 years ago and someone said, ’We’re going to give you the stable to sleep in,’ this is not being rude, they’re actually being nice," Gibson said. "It’s the warmest room in the house...very different than the story of Sunday school approach."

Biblical Scholar: ’The Wise Men Represent Blessing’
The rediscovered text won’t change the treasured Biblical story of the Journey of the Magi. But their destination to the Holy Land continues to inspire awe and wonderment for the Christian pilgrims who travel to Bethlehem every year to trace their path.

According to Israeli government tourism figures, 1.4 million people have visited the sacred ground of Bethlehem so far this year. Millions more have been coming for centuries. In ancient times, travelers from the East would cross miles of desert for months to reach Bethlehem, as the Wise Men did in the Gospel of Matthew.

"There is something here," he added. "Coming from the east, into this land of Canaan, of Israel, that brings people home, to the place they’re supposed to be. Somehow they were coming to a place where they belonged."

Lloyd Pye - Extraction of Nuclear DNA from the Starchild Skull