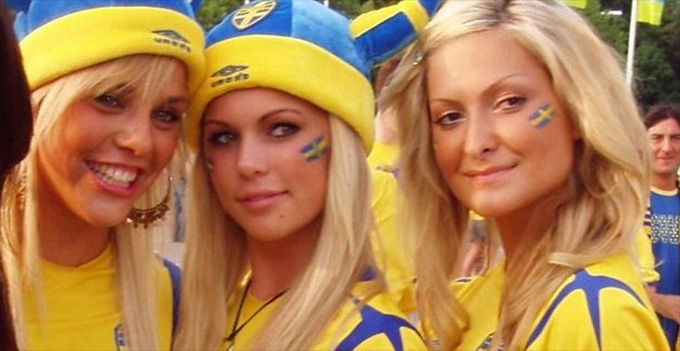 According to an investigation by Swedish newspaper Dala-Demokraten, Arab migrants are being promised "free blonde Swedish girls" and taxpayer-funded luxury treatment if they pay people smugglers to help them reach Scandinavia.

Editor's note: The article has been removed from Dala-Demokraten, probably because it was getting a bit too much attention. Here is a google cached version of the article, so that you can see that the report is genuine. (Article is in Swedish - translated version here).

The report explains how most of the migrants seeking to cross into Europe who are being targeted by people smugglers are not even from Syria and cannot be considered refugees at all given that they reside in neighboring countries not at war.

Websites set up by people smugglers assert that migrants can get asylum quickly in Sweden and that they will be housed in luxury hotels until the government finds free accommodation for them, all at taxpayer expense.

“There is also sexual content in the advertisements, according to Dala-Demokraten,” reports Speisa, which translated the Dala-Demokraten article. “Among other things, the Arabs are promised their own free young willing blond Swedish girlfriend if they manage to illegally get all the way to the promised land in northern Europe.”

“In reality one can say that the young Syrian men are lured to Sweden by the oldest trick in the book – money and girls. Pictures of blonde beauties are published, and that Swedish women require real men,” writes Dala-Demokraten.

Apparently, migrants with no plan on working who travel to Sweden to live on government hand-outs are now considered “real men”.

Based on the fact that Sweden has experienced a 1400% increase in rapes since it swung its doors open to mass immigration, with the majority of the culprits identified as “foreigners,” one suspects that not all of the migrants’ encounters with ‘free Swedish blonde girls’ will be consensual.

The fact that the websites directly target men again illustrates how the media portrayal of migrants as desperate refugee families fleeing war and ISIS persecution is largely bogus.

According to the UN’s own figures, 72% of the migrants fleeing to Europe are men, with just 13% women and 15% children.

As we reported earlier, a prominent Imam recently gave a speech at a mosque in Jerusalem in which he asserted that Muslims should use the migrant crisis to breed with European citizens and “conquer their countries”.

Editor's comment: Hey this Imam is just endorsing fulfilling the plan of the founder of the Pan European Union Baron Coudenhove Kalergi who said that:

The man of the future (speaking about Europeans) will be a mongrel. Today's races and classes will disappear owing to the disappearing of space, time, and prejudice.

The Eurasian-Negroid race of the future, similar in its outward appearance to the Ancient Egyptians, will replace the diversity of peoples with a diversity of individuals.

Here is the full video:

Please begin by explaining this:

Here are some of Barbara Spectre's recent tweets:

Can you immagine the reaction if the head of a government funded organisation in Sweden tweeter #endblackpeople or #endjewishpeople?

She not only gets away with it, she actually receives government money (Swedish tax payers money) to run her racist, hateful and European organization.

When confronted on why Israel isn't opening their borders to let massive third world immigration into their ethno-state her response is: 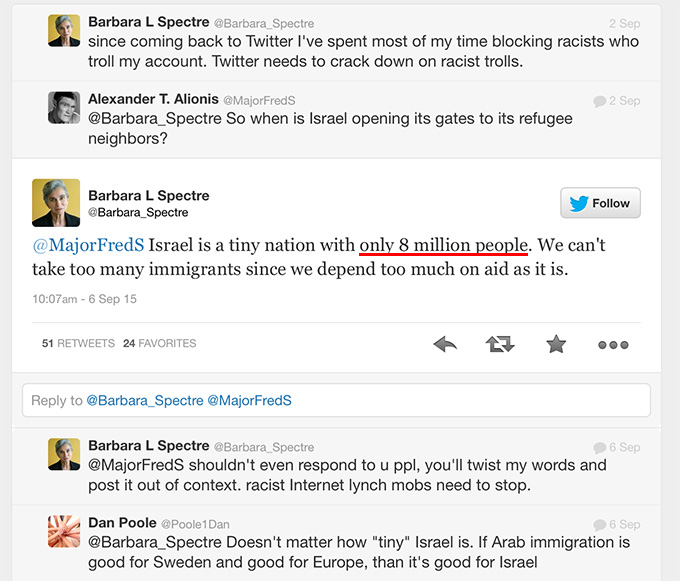 As correctly pointed out by Andrew Auernheimer / Weev in a following tweet, Sweden, the very country she is sitting in promoting mass immigration is only about 8 million native Swedes. Today the country is about 9.5 million, but that 1.5 million increase ONLY due to mass immigration into Sweden.

Israel also even pays African immigrants, who are trying to get into Israel, to leave and go to Sweden, and permanently stay there.

Barbara Spectre is by the admission of her own words and double standards a hater, a racist and a liar of enormous proportions.

Sweden should immediately cut the funding to her racist organization and send her back to Israel.

Well, Barbara Spectre is just "one lone nut" you might say, well that just isn't true. We recommend reading about the understand to understand how and why Sweden became multicultural 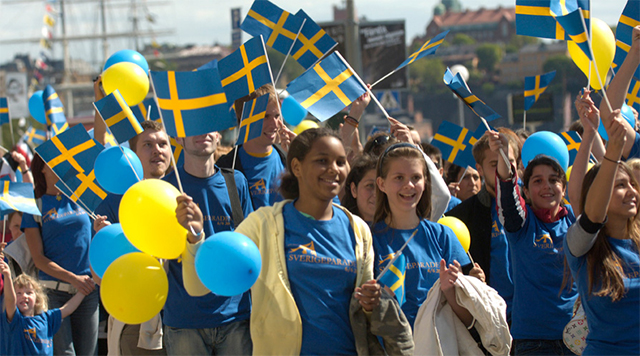 No one can deny that multiculturalism and mass immigration are a reality in Sweden today. However, it hasn’t always been so. As late as 1965, the social democratic Prime Minister of Sweden Tage Erlander said: “We Swedes live in an infinitely luckier situation. Our country’s population is homogeneous, not only in terms of race, but also in many other respects.” The demographic transformation of Sweden did not just happen to happen. It was a direct result of political decisions, which in turn could be undertaken because of some actor’s conscious agenda and very active advocacy in the 1960s and 1970s. Earlier, Sweden had an approach towards immigrants and ethnic minorities that was based either on expulsion or assimilation. Immigrants who were ethnically and culturally closely related would assimilate while non-European immigrants, Gypsies and Sami would be excluded from the community. Now, however, suddenly a new approach prevailed: Sweden would become a pluralistic multicultural society and the multicultural paradigm would become the overall goal of Swedish culture, politics and society.

Read more: How and why Sweden became multicultural