Sam Bacile And His Low-Budget Anti-Muslim Movie: Is It All A Hoax? 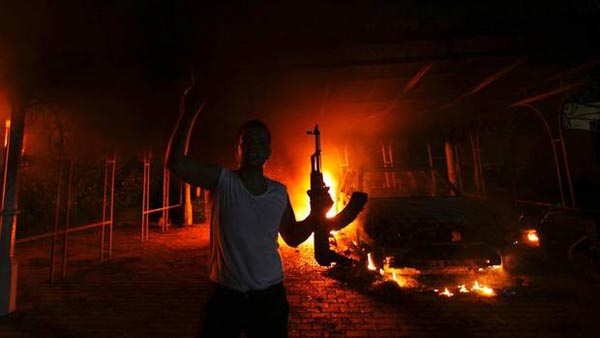 Details -- however minimal -- have begun to surface about the amateur filmmaker whose movie ridiculing the Islamic prophet Muhammad sparked deadly protests in Egypt and Libya.

Four Americans have been killed in the demonstrations, including the U.S. ambassador to Libya. In Cairo, protesters climbed the walls of the U.S. Embassy compound and tore down the American flag. "There is no god but Allah and Muhammad is his messenger," they chanted.

All this over a few movie clips that look like they were produced by a group of high schoolers in a Video 101 class. Reminiscent of low-budget, unfunny comedy sketches, the clips -- supposedly from a movie called "Innocence of Muslims" -- depict Muhammad as a freewheeling, womanizing shyster who promoted child abuse. It sparked violent protests on Tuesday after clips of the film surfaced on YouTube, some of which were later dubbed in Arabic. 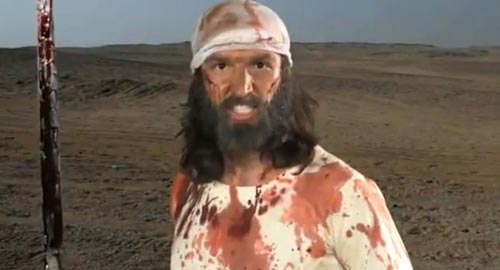 Believe it or not - The Anti-Islam Film (screengrab)

But so far only scant details are known about the movie’s shadowy writer/director who calls himself Sam Bacile. The only interviews with him have been done by phone, and what little information he has revealed raises more than a few red flags.

So is there a Sam Bacile, and does "Innocence of Muslims" even exist?

Bacile has reportedly gone into hiding following the protests. Speaking by phone to the Times of Israel, he said he was not anticipating the violent reaction provoked by the film. "I feel sorry for the embassy. I am mad," he said.

But according to Steve Klein, who claims to have worked as a consultant on the film, Bacile knew it would ignite violence. Speaking to the Associated Press on Wednesday, Klein claimed to be reluctant to help Bacile with the movie, telling him, "You’re going to be the next Theo van Gogh." The comment was a reference to the Dutch filmmaker who in 2004 was gunned down by an Islamic extremist after he made a movie that criticized Muslim societies’ treatment of women.

In fact, Klein himself is a shadowy figure. He apparently authored a self-published book on Islam (with a poorly designed cover), but aside from that, he has not left many tracks. In a phone interview with the Atlantic on Wednesday, Klein said he believes Bacile is not Israeli and, most likely, not Jewish. He also said that Bacile was a pseudonym and that he did not know his real name.

Update: According to the Times of Israel, officials for that country confirmed that they have no record of Israeli citizenship for a Sam Bacile.

Bacile claims to have made "Innocence of Muslims" on a budget of $5 million with the help of 100 Jewish donors, but one look at the film clips on YouTube will call that claim into question. The movie appears to have been shot using a consumer-grade DV camcorder with amateur actors, fake backgrounds and cheap sets. The lighting and sound are of equally low quality. In Hollywood dollars, $5 million may be considered low-budget, but if the filmmaker really spent that much money on this shoddy work, it’s his donors who should be doing the protesting.

Meanwhile, efforts to uncover the film’s anonymous funders have so far turned up nothing. Jeffrey Goldberg, national correspondent for the Atlantic, tweeted on Wednesday: "I would love to know more about Mr. Sam Bacile, whom no Jew I know has ever heard, and his 100 mysterious backers."

That’s assuming there even is a film. In early July, two 13-minute clips were posted on a YouTube account by someone with the username Sam Bacile, but no one has come forward claiming to have seen the finished product. Moreover, IMDb lists nothing for the project or Bacile himself, to say nothing of the supposed 59 actors and 45 crew members who worked on it.

Read the full article at: ibtimes.com

Does this "film" even make SENSE enough to riot and kill over?
Is this being used as a red herring to cover up a covert op,? A killing to ignite a wider war?

"The Innocence of Muslims"