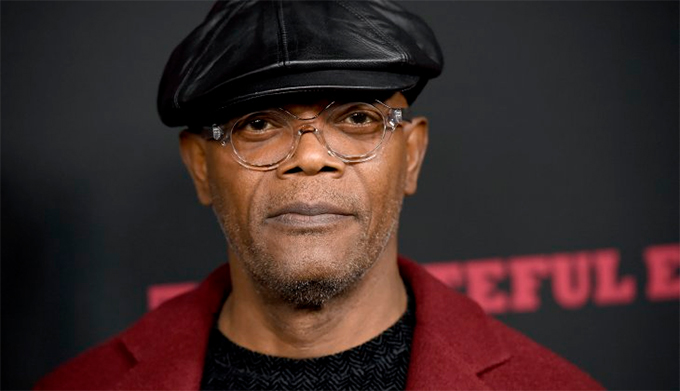 "Hateful Eight" actor Samuel L. Jackson said over the weekend that he was hoping the San Bernardino shooters were white, in order to avoid another event that will let people stigmatize Muslims as terrorists.

"When that thing happened in France, we were sitting there going, 'Oh, my God, these terrorists!'", he told the Hollywood Reporter Sunday.

"And I can't even tell you how much that day the thing that happened in San Bernardino — I was in Hawaii — how much I really wanted that to just be another, you know, crazy white dude, and not really some Muslims, because it's like: 'Oh, s--t. It's here. And it's here in another kind of way,'" Jackson said.

Jackson said it's too bad that American Muslims have suffered under the stigma that all Muslims are terrorists, just because some extremists who share their faith commit atrocious acts of violence.

"Now, okay, it happened on an Army base and it happened somewhere else," he continued. "But now? It's like they have a legitimate reason now to look at your Muslim neighbor, friend, whatever in another way. And they become the new young black men."

On the 2016 presidential campaign, Jackson said Republican front-runner Donald Trump is a symbol of "hate," as the businessman-turned-candidate has become a mainstay of controversial statements including calling Mexicans "rapists" and proposing a ban on Muslims entering the U.S.

"There's absolutely nothing I can do," he added. "There are some other people that aren't as open about what he's saying that are running also, you know, that are just as crazy, that have just as much ill-will toward the common man — and not just the common black man. People who don't have a certain amount of money don't mean anything to them."

When it comes to election day, Jackson said he's voting for Hillary Clinton, despite liking some of Bernie Sanders' ideas.

"I'm forever a Democrat, you know, and I'm gonna vote for Hillary," Jackson said. "I mean, I love Bernie — Bernie's a man of the people — but he can't win. So I gotta cast my vote for a person that can keep those other people from winning, okay? Not to mention, you know, Hillary kinda knows the job, she can hit the ground running."