Nov 1, 2014 Source: 21stcenturywire.com
What is ISIS? If you believe govt and corporate propaganda, you still think that ISIS is a grassroots Islamic ideological movement – and with no connection to intelligence agencies like America’s CIA, Britain’s MI6, Turkish (NATO) intelligence, Saudi intelligence, Israeli intelligence, or Pakistan’s ISI.

The reality of ISIS is something altogether different

On closer inspection, these marauding paramilitary ISIS gangs are nothing new. They are being paid for, and directed at the highest levels by powers outside of Iraq and Syria. So it’s no surprise that the US, UK, Saudi, Qatar and Turkey all share the exact some objective as ISIS – the destabilization of secular nation states in the Middle East and the removal of Bashar al Assad in Syria. With the same objectives and agenda, the Western Coalition and ISIS work together like a well-oiled machine.

For either financial or political reasons, Empires have always used external militarized cells and mercenaries to commit unsavoury acts under a flag different than the monarchy, nation state, or private corporation who was directing them behind the scenes.

In 1979, US agencies, together with Pakistani intelligence, formed the Mujahideen in Afghanistan. Years later, this fighting force, led by CIA asset Osama bin Laden (code named ’Tim Osman’), was rebranded into ’al Qaeda’. Like ISIS, the Mujahideen were privateers.

Likewise, the Nicaraguan Death Squads and ’Contras’ in the 1980's, were under the financial and political control of Washington DC and death squad specialist John Negroponte (photo, left). Through cocaine and narcotics trafficking, these paramilitary gangs were also able to fund their conquest to destabilize and terrorize Nicaraguans. So, it was no surprise when Negroponte showed up as US Ambassador in Baghdad, Iraq in 2004, that Islamic death squads began to appear in Iraq featuring some of the most brutal sectarian violence to date.

Negroponte’s understudy during this period was US operative Robert Stephen Ford. After completing his study in Iraq, Ford was then moved in 2010 to become US Ambassador to Syria. Soon after Ford’s arrival, western-backed Flash Mobs and targeted violence against Syrian police and military – erupted in parts of Syria. It wasn’t long before the Assad government realized why Ford was installed when he was, and promptly forced him out of Damascus in 2011.

Not surprisingly, critics believe that it was Ford who laid the groundwork for the emergence of ISIS in Syria in 2014.

Ruthless and unconventional ‘asymmetric’ enemies are nothing new to the United States. Historically, the Privateer, or Barbary ‘Corsair’, was a private person or ship authorized by a government to attack foreign vessels or governments, often covertly. During the 17th, 18th and 19th centuries, Ottoman Corsairs operated along the North African coast, and attacked Colonial American ships for decades.

Later, these Barbary Pirates (Image above) fell under the control of Morocco’s Sultan Mohammed III. Privateering was also a way of mobilizing a small army without sacrificing real troops or spending state funds to do it. Privateers wold generate income and operating capital by smuggling on the black market, pillaging and plundering treasure booty along the way. They also captured and impressed people into slavery along the way – just like ISIS today. 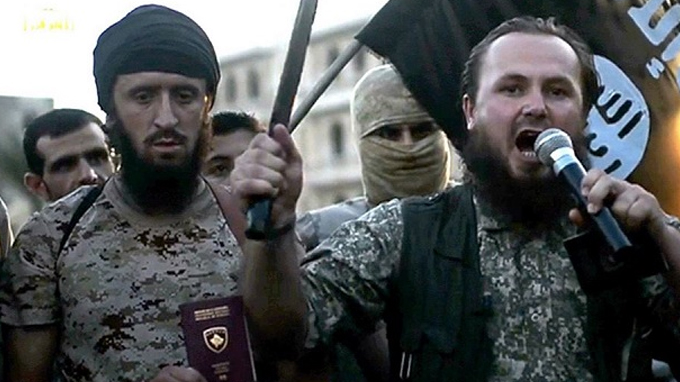