Mar 12, 2016 Source: dailymail.co.uk
In light of the recent comparisons between Donald Trump and Adolf Hitler, late-night talk show host Conan O'Brien invited the Nazi leader to his show to address the parallels.

On Thursday night, O'Brien mentioned 'it doesn't get much worse than "Trump is Hitler"', referring to recent remarks made by Louis C.K., who called Trump an 'insane bigot' last week.

So to let the German dictator 'defend himself' against the comparisons, O'Brien welcomed Hitler to the show, depicted by Jewish comedian Sarah Silverman who was dressed in full Nazi attire. 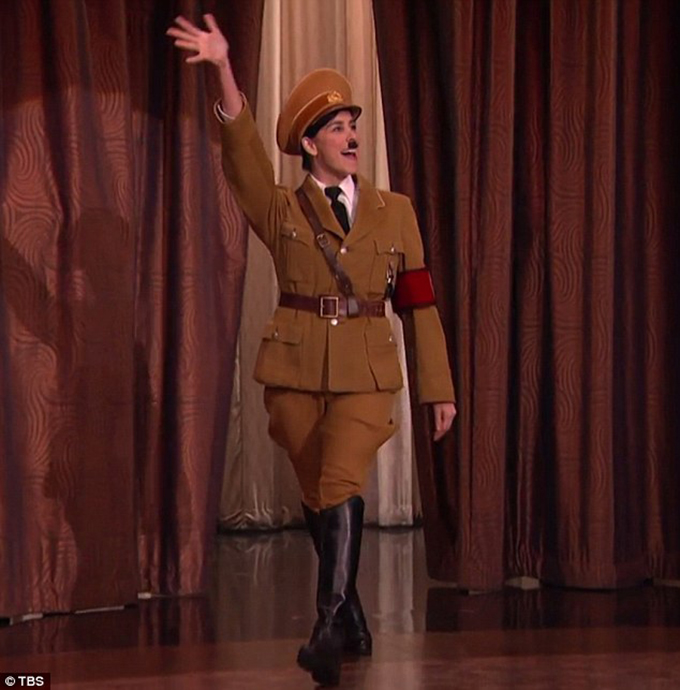 In light of the recent comparisons between Donald Trump and Adolf Hitler, Sarah Silverman dressed in full Nazi attire as she appeared as the German dictator on Conan O'Brien's late-night talk show 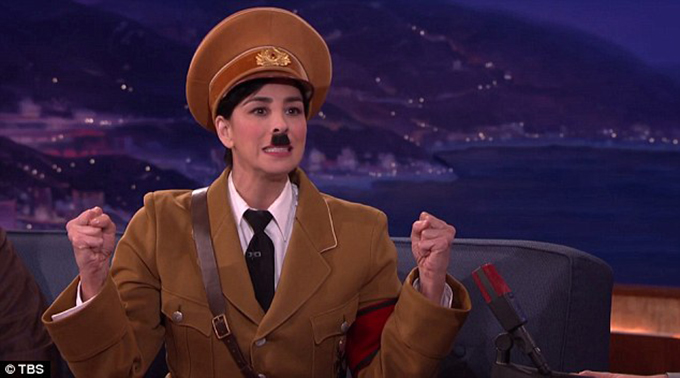 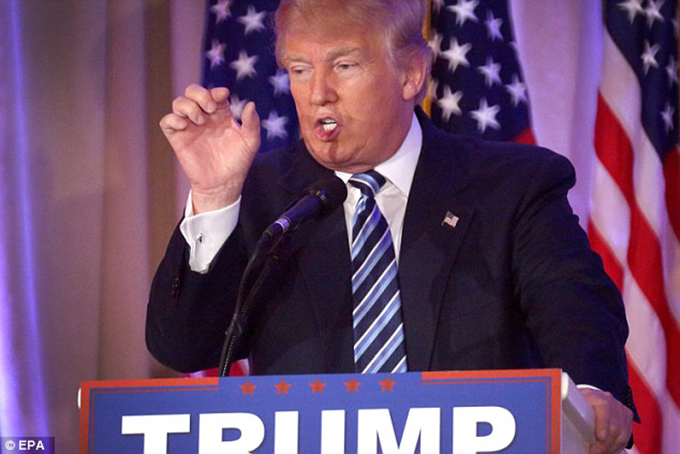 Trump (pictured during CNN's Republican Presidential Debate on Thursday) has been compared to Hitler on several occasions by public figures including comedian Louis C.K. and former Mexican President Vicente Fox

Silverman's Hitler appeared on the show to 'clear the air' after being 'unfavorably' compared to the Republican presidential frontrunner, according to the Daily Beast.

Wow, look at that,' she said impassively as she walked out to roaring cheers from the audience and joined the host. 'I have to say that's more applause than I expected.'

When asked about addressing the comparisons to Trump, the Hitler impersonator replied: 'Don't get me wrong, Conan. I agree with a lot of what he says. A lot. Like 90 per cent of what he says, I'm like "this guy just gets it"'.

Silverman's Hitler added: 'And what kind of person talks about his penis size on national television?

'Oh yeah, I'm so sure Donald Trump has a big penis. I famously have a micro penis. That's what makes a tyrant.' 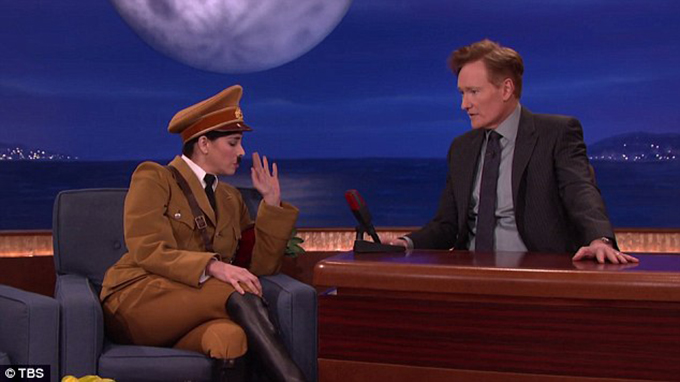 On Thursday night, Silverman's Hitler called Trump crass and also criticized him for talking about his penis size on national television.

Hitler's Silverman was referencing a crude debate remark that Trump made last week in response to a dig made by Republican presidential rival Marco Rubio who mocked the size of Trump's hands.

Trump said of his hands: 'If they are small, something else must be small. I guarantee you there is no problem. I guarantee.'

During Thursday night's talk show, Silverman's Hilter said the comparisons between Hitler and Trump 'bum' him out.

'Anyway, all these comparisons to Trump, it's like, it bums me out,' the Hitler impersonator said.

'Sometimes I watch him and I'm like, "is that how people see me?" And I have to be honest, Trump, he's starting to make me rethink some of the things I've done...

C.K. made an impassioned plea for readers not to vote for Trump and to vote for a different GOP candidate in an email sent on Saturday about his web series Horace and Pete.

In the email, C.K. implored conservative voters to listen to what fellow conservatives were saying about Trump, referencing statements made by John McCain and 60-plus national security experts who warned against a Trump presidency.

This week, Trump (pictured during a press conference on Friday) addressed the Hitler comparisons calling them 'terrible' 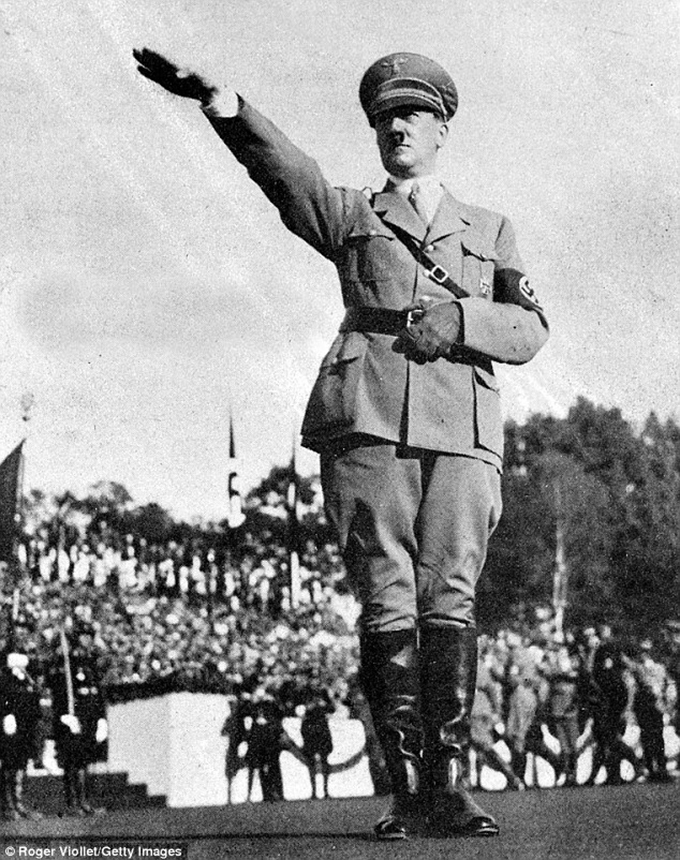 Adolf Hitler pictured above. Trump also spoke on comparisons between the loyalty raised-hand pledge he asks voters to do and the Nazi Germany, Heil Hitler salute, saying they are 'ridiculous' and 'crazy'