Scientists Are Looking for Time Travelers on the Internet 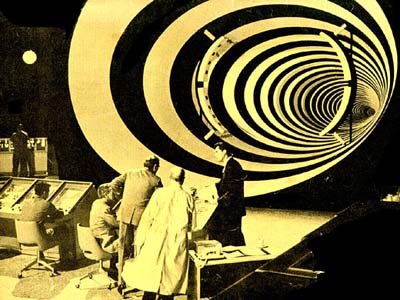 The idea of time travel, one of humanity’s favorite sci-fi fixations, is documented as far back as the 9th century BC, in the text of the Indian Mahabharata poem. It seems to be a built-in human trait—not even our ancient ancestors could escape the temptation to wonder if it’s possible to skip backwards and forwards through time. But while physicists continue to research the theoretical science behind time travel, not many people have just come out and asked: Hey, is there anyone out there from the future?

Researchers from Michigan Technological University’s physics department recently decided to give it a shot, using the internet as their megaphone. They searched the web for prescient messages that could be evidence of future-dwellers. Unfortunately (surprise!) they didn’t find any—but they plan to keep looking, according to the study recently published on Arxiv.

The team’s approach was to comb through search engines, social media, and popular websites looking for references to information that only someone who had jumped forward in time (they opted against looking for people who had traveled to the past) could know.

Specifically, they looked for two specific terms: Comet ISON and Pope Francis. The thinking was, since Comet ISON was only discovered and introduced to popular nomenclature in 2012, and likewise Pope Francis, the first of that name, elected just last year, any mentions of the names from before those dates must have come from someone who had seen the future.

It’s an interesting idea and all, but the method has some serious shortcomings—which is why the study authors note that just because their search came up short, it doesn’t disprove time travel. For one, what if humans who had traveled the future had no interest in tweeting or sending tell-tale emails after they got there? Or even if they did, maybe they didn’t give a damn about Comet ISON and Pope Francis? Or, maybe there is no internet in the future?

It’s also possible, the researchers mused, that some as-of-now unknown law of physics makes it impossible for people from the future to leave traces of their existence behind. Or, they’re very good at covering their tracks to avoid skewing the course of history.

Read the full article at: motherboard.vice.com