Scientists to build $1 billion city where no one will live

May 14, 2012 By Henrik Palmgren | redice.tv
In what is being billed as the first of its kind, a billion-dollar futuristic town is being built in New Mexico, but residents need not apply.

The new 15-square mile city will be built as a testing ground for new, cutting edge technologies. The Center for Innovation, Testing and Evaluation project will "help researchers test everything from intelligent traffic systems and next-generation wireless networks to automated washing machines and self-flushing toilets. ...Complete with highways, houses and commercial buildings, old and new."Source 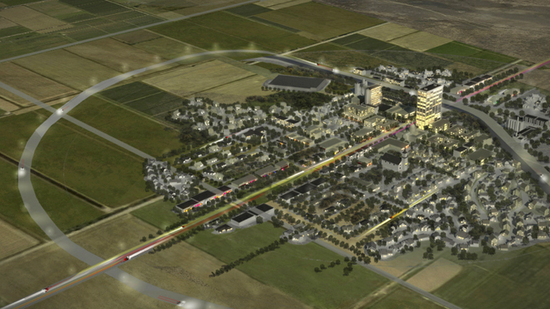 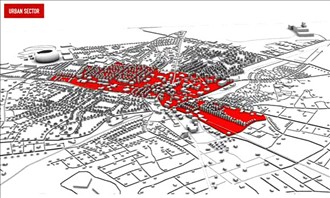 "A conceptual drawing of the Center for Innovation, Testing and Evaluation that is being planned by the Pegasus Global Holdings in New Mexico. Pegasus hopes to break ground in June 2012 and have the city up and running two years later. " Image: Source
The unique research facility will appear like a ghost town, as no human beings will be invited to live there. Instead, the only people to be found will be research scientists. The houses, however, will be outfitted with all the amenities as if people were residing there, with appliances and plumbing.

The investors developing CITE were looking for open spaces. Brumley said his group scoured the country for potential sites, "but we kept coming back to New Mexico. New Mexico is unique in so many ways."

Will lifeless mannequins replace human beings in this new town? This city may seem like a vision of the future, with self-driving cars and automatically flushing toilets, but the idea of the eerily silent and empty ’community’ of robotics and their handlers seems more like a dystopian, post-human, artificial-intelligence earth fate than an episode of The Jetsons.

’The only thing we won’t be doing is destructive testing, blowing things up -- I hope.’ 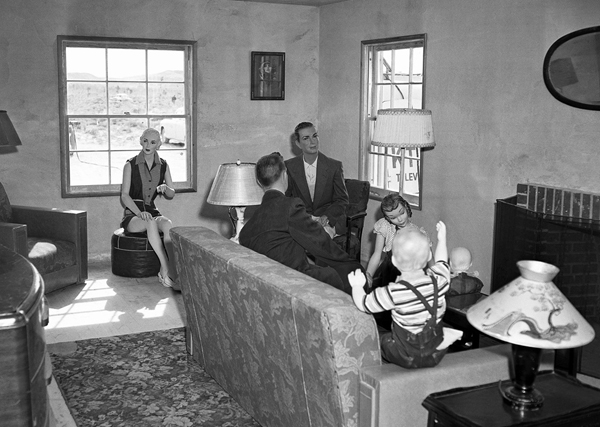 In Operation Doorstep, conducted during the larger Operation Upshot-Knothole nuclear bomb test, mannequins are seated at a table in the dining room of house number two, attending a "dinner party" thrown by Civil Defense officials who are testing the effects of an atomic explosion on houses and occupants on March 15, 1953. (AP Photo/Dick Strobel) 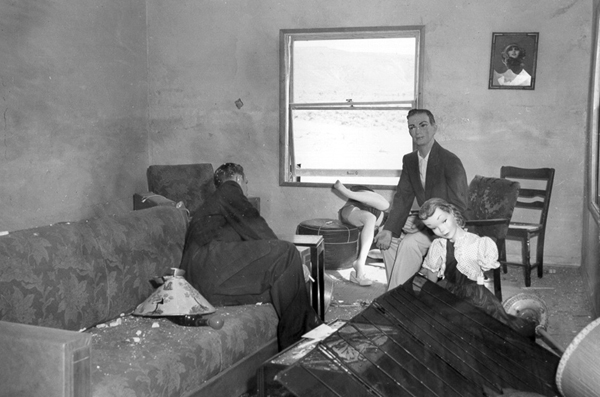 After the blast, a damaged living room, members of the mannequin family tossed about or missing after an atomic blast on March 17th, 1953. (U.S. Department of Defense)