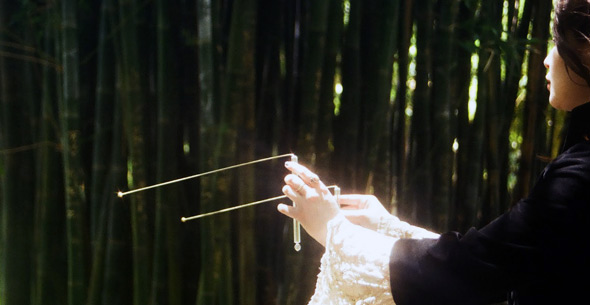 One of the strangest skills and talents allegedly possessed by humans is water-divining, or dowsing as it is more popularly known. Although the ability of the dowser to locate water by non-conventional means is looked on with suspicion and skepticism in some quarters, for many it is an age-old tradition that remains as absolutely relevant and vital today as it was centuries ago.

Not only that: the skill has attracted the secret attention of some quite unlikely parties, including the US Intelligence community, the government of the former Soviet Union, Adolf Hitler, the British Police Force, and a department of the British Government that played a key role in the battle against the Nazis during the Second World War.

The CIA, for example, has in its archives nothing less than a file on dowsing that is, quite literally, of biblical proportions. And it all revolves around a certain Mount Horeb where, according to the Book of Deuteronomy in the Hebrew Bible, Moses received the Ten Commandments from God. And although some biblical students perceive Mount Horeb and Mount Sinai to be one and the same, a significant number of scholars most certainly do not. Thus, we may never know for sure precisely where Moses allegedly received the legendary commandments.

One of the tales attached to the story of Mount Horeb is that when the Israelites were in the wilderness and perilously short of fresh drinking-water, Moses supposedly climbed the mountain and struck a particular piece of rock, which cracked open and – lo and behold – water came pouring out, thus saving the Israelites from otherwise certain death by dehydration. An early example of dowsing, perhaps?

Certainly, the CIA considered it to be just such a possibility. While it may sound strange to suggest the CIA has taken an interest in dowsing – and chiefly from the era of Moses, no less – this is, incredibly, most certainly the case. And the CIA is not the only official agency to have displayed such interest in matters relative to water-divining.

Moving on, in 1978, staff at the Foreign Technology Division (FTD) at Wright-Patterson Air Force Base, Dayton, Ohio prepared an extensive paper titled Paraphysics R&D – Warsaw Pact [R&D referring to Research and Development]. Page twenty-three of the document details positive results of both U.S. and Soviet research in the field of dowsing. Notably, a copy of the entire FTD document was sent to the CIA’s Office of Science and Technology (OSI) shortly after its publication.