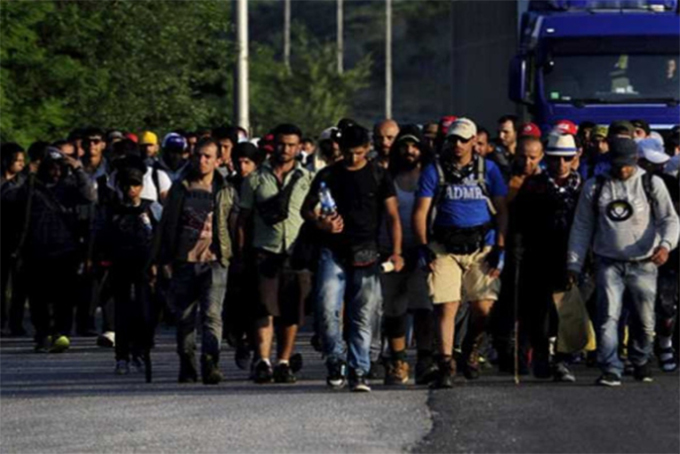 Nebojsa Stefanovic, Serbia’s Interior Minister said protesters who are concerned about “an EU plan” to settle thousands of illegal immigrants into the country, will not be allowed to voice their concerns in a protest march on Monday, 31st of August.

“We will not allow the expression of intolerance and hatred to be something that is characteristic of Serbia” said Stefanovic.

“The Ministry of Interior will not allow any meetings against migrants and people passing through Serbia, who were forced to do so because of difficult conditions or war in their country.”

Meanwhile, another Serbian government official has suggested that illegal immigrants be encouraged to stay in Serbia.

“We should consider offering them [illegal immigrants] to stay in parts of Serbia that are empty“, Brankica Jankovic, Serbia’s Commissioner for the Protection of Equality, said on Serbian TV.

“A selection should be made, a detailed security screening.”

Jankovic also remarked on the protest being cancelled:

“Intolerance, xenophobia and racism must be broadly condemned by all relevant factors in Serbia, not only by individuals,” she said.