'Sex chip' being developed by scientists 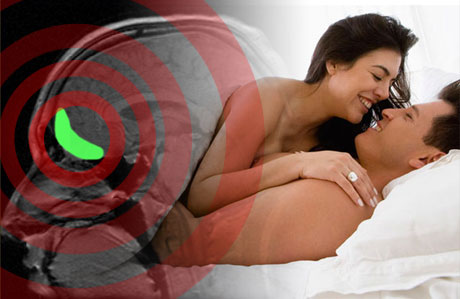 Scientists are developing an electronic "sex chip" that can be implanted into the brain to stimulate pleasure.

The chip works by sending tiny shocks from implanted electrodes in the brain.

The technology has been used in the United States to treat Parkinson's disease.

But in recent months scientists have been focusing on the area of the brain just behind the eyes known as the orbitofrontal cortex - this is associated with feelings of pleasure derived from eating and sex.

A research survey conducted by Morten Kringelbach, senior fellow at Oxford University's department of psychiatry, found the orbitofrontal cortex could be a "new stimulation target" to help people suffering from anhedonia, an inability to experience pleasure from such activities. His findings are reported in the Nature Reviews Neuroscience journal.

Neurosurgery professor Tipu Aziz, said: "There is evidence that this chip will work. A few years ago a scientist implanted such a device into the brain of a woman with a low sex drive and turned her into a very sexually active woman. She didn't like the sudden change, so the wiring in her head was removed."

He added however that the current technology, which requires surgery to connect a wire from a heart pacemaker into the brain, can cause bleeding and is "intrusive and crude".

He continued: "When the technology is improved, we can use deep brain stimulation in many new areas. It will be more subtle, with more control over the power so you may be able to turn the chip on and off when needed.

"In 10 years' time the range of therapies available will be amazing – we don't know half the possibilities yet."

An electronic machine, named the Orgasmatron, taken from the 1973 Woody Allen film Sleeper, is already under development by a North Carolina doctor, who is modifying a spinal cord stimulator to produce pleasure in women.

The Orgasmatron in Sleeper 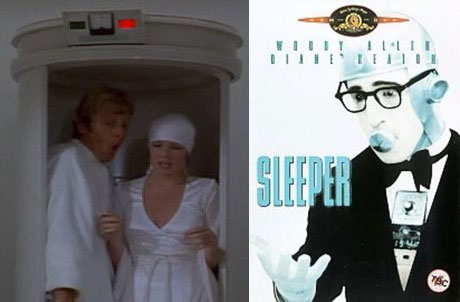 Everyday consequences of damage to the Orbitofrontal cortex (OFC)

Destruction of the OFC through acquired brain injury typically leads to a pattern of disinhibited behaviour. Examples include swearing excessively, hypersexuality, poor social interaction, compulsive gambling, excessive alcohol / smoking / drug use, and poor empathising ability. Disinhibited behaviour by patients with some forms of frontotemporal dementia is thought to be caused by degeneration of the OFC. Patients with damage to the OFC tend to make rash decisions, and typically manage their finances poorly.