Social-Justice Warriors Are Worrying about White Male Privilege on Mars 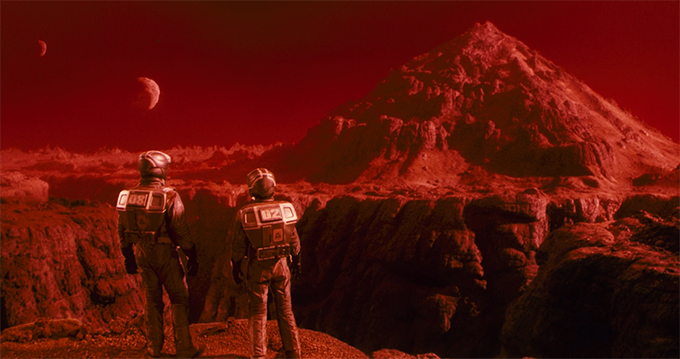 Despite the fact that we're clearly pretty far from colonizing Mars, the social-justice crowd is already freaking out that it's going to be an oppressive, white-male dominated society and that we must act now to stop it.

"The last thing we need is to wake up in 50 years and find that a bunch of #gamergate nobheads are running Mars," Martin Robbins writes in a piece for the Guardian titled, "How Can Our Future Mars Colonies Be Free of Racism and Sexism?"

Robbins explains that part of his concern comes from the fact that humans’ colonization of new lands has traditionally been oppressive.

“Destiny is rarely great for the people already at the destination,” Robbins explains.

Um, just one thing about that: As far as we know, there are no people on Mars.

Robins acknowledges that “the only population on Mars that we know of is a handful of rovers,” but explains that his freakout is still totally justified because “no doubt we’ll start a war anyway, before dragging them into some form of slavery and oppression. It’s just what we do.”

Oh, okay. So even though there is no population on Mars that we know of, we will “no doubt” “start a war anyway” because “that’s just what we do”? Sorry, Robbins — as solid of an argument as “that’s just what we do” may be, it’s not enough to convince me that we will be able to declare war on something without it existing first.

(Note: I realize that there has been talk of possible microscopic life on Mars. But still, I feel like you need to be able to actually see something in order to start a war with it, and that it’s generally a good plan to find out that something exists before you spend time and energy worrying out about it being able to keep its culture.)

But hey, it’s not like this hypothetical war is Robbins’ only concern. He also claims that movies about space are super sexist and that this will extend to the real-life hypothetical Mars colony!

“Women in space-colony fiction have generally been presented as sexy walking vaginas, whose main purpose is to provide the male astronauts with a place to dock their penis at night. This being necessary in order to ‘ensure the survival of the species,’” he continues.

Much of Robbins’s article was based on a recent piece by fellow Social Justice Space Warrior/scientist DNLee in The Scientific American about how the language people use when they discuss colonizing Mars is “problematic,” and that “Diversity, Inclusion, Access and Ethics should be a critical part of these conversations about space science, discovery, exploration, and yes eventual travel and emigration.”

Now, I’m not a scientist like Lee, so forgive my boldness in criticizing her professional opinion — but I just cannot help but think that maybe we should keep our focus on actually getting to Mars before freaking out about its hypothetical colony’s hypothetical microaggressions.