Sony approves limited US release of The Interview on Christmas Day - Big Surprise, as this was all marketing 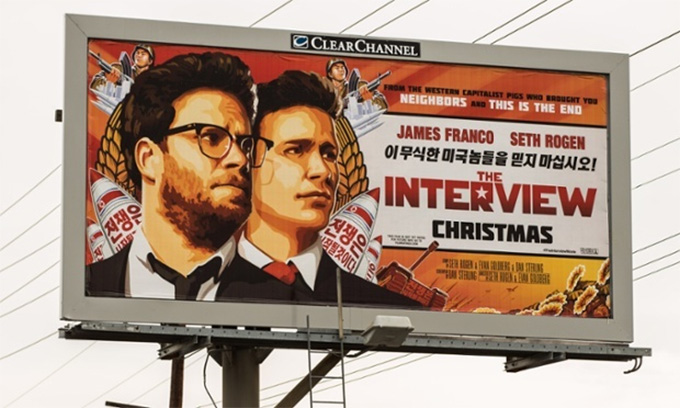 Controversial comedy The Interview will be released on Christmas Day, reversing an earlier move by Sony to pull the film following a massive hack of the studio.

Sony held a conference call with theatre owners on Tuesday and gave them the go ahead to release the movie in a limited number of independent cinemas. The decision came after President Barack Obama said Sony had “made a mistake” pulling the movie following a campaign to kill the movie that the US government believes was organised by North Korea.

“We have never given up on releasing The Interview and we are excited our movie will be in a number of theatres on Christmas day,” said Michael Lynton, chairman & CEO of Sony Pictures Entertainment in a statement Tuesday. He said the company was exploring other ways to distribute the movie to the “largest possible audience.”

The industrial entertainment industry gets the best marketing possible, endorsed by Obama and Homeland Security 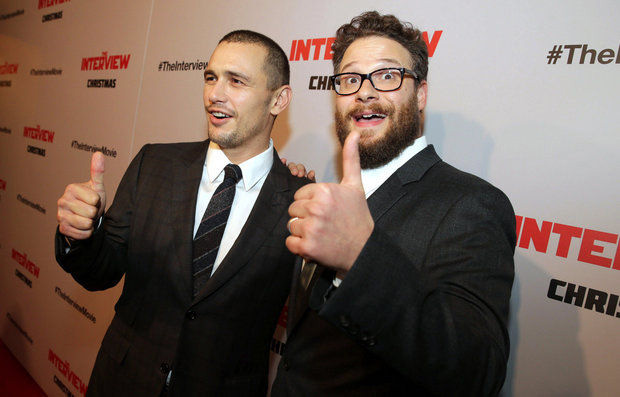 Seth Rogen gives the thumbs up after being given the thumbs up by Obama ...including James "Flacco" ... who probably needs a new agent.

'The Interview' A Sony False Flag Hack and Hollywood's Empire of Mediocrity.

Sony has been subject to a lengthy and embarrassing hack coordinated by a group calling itself Guardians of Peace (GOP). The hackers have released a slew of personal emails from Sony’s top executives as well as compromising the personal details of 47,000 employees past and present.

The comedy, starring Seth Rogen and James Franco, depicts the assassination of North Korea’s leader Kim Jong-Un. It was pulled last week after GOP issued a threat against cinema goers. “The world will be full of fear”, the message said. “Remember the 11th of September 2001.”

The Department of Homeland Security subsequently reported there was “no credible intelligence to indicate an active plot against movie theaters within the United States.”