The last Star Trek reboot saw Benedict Cumberbatch as Kahn, the berserk super soldier who was angry about the “Federation” doing some such nefarious thing to his people group.  This installment  included curious references to false flags which I detailed here. Before that, in the initial reboot, there was an angry alien who attacked the Federation over his tribal group being shat upon (or, Shatnered upon!).  So, for the third time in a row, we have roughly the same plot of dispossessed, discontent tribalists and unique people groups who become terrorists when their way of life is encroached upon by the United Nations, er, NATO, er, New World Order, er…Federation.

We have seen this pattern often in the Star Trek, but in the recent installment, it’s even more pronounced as we discover the character Sulu is gay.  Indeed, trans-specism and the destruction of people groups under liberal tyranny has always been the worldview of Star Trek – Gene Roddenberry was a rabidly atheistic globalist (or, as an even darker possibility, was Roddenberry a member of an occultic group known as ‘The Nine,’?).  There is some interesting evidence connecting Roddenberry (connected to the Esalen Institute – which I covered here) to esoteric groups, mind control and the Rand Corporation.  This would explain the many gnostic, scientistic, platonic and at times interestingly philosophical episodes, in the original series and its Next Generation successor.

“So if you were hawking a sci-fi religion, who better to approach than the creator of the sci-fi sensation of the early/mid 70s? From 2008:

In early 1975, a broke and depressed Roddenberry was approached by a British former race car driver named Sir John Whitmore, who was associated with a strange organization called ‘Lab-9.’ Though unknown to the public, Lab-9 were ostensibly a sort of an independent version of the X-Files, dedicated to the research of paranormal phenomena. However, Lab-9 had another, more complex agenda- they later claimed to be in contact with a group of extraterrestrials called the ‘Council of Nine’…

Lab-9 had wanted to hire Roddenberry to write a screenplay based on the Council of Nine’s imminent return….Lab-9 flew him out to their headquarters, located on a large estate in Ossining, NY. There, Roddenberry met and interviewed several psychics, and prepared the groundwork for his script.

Roddenberry wrote a script called The Nine, in which he fictionalized his experiences at Lab-9 and the message for humanity that the Council of Nine wished to convey…

This was no ragtag bunch of hippie phreaks that Roddenberry was dealing with…Roddenberry biographer Joel Engel     noted that Whitmore introduced Roddenberry to several key figures in the British Broadcasting Corp. as well. “

In regard to the connection to RAND, Opsecnews states:

According to the TrekPlace website Harvey P. Lynn, Jr. (?-1987), a member of the prestigious RAND Corporation, provided Star Trek original series creator Gene Roddenberry with scientific and technical advice during preproduction of the series.

On the Rand Corporation’s website the question is asked whether a RAND researcher designed the initial bridge of the Enterprise. The answer given is, “A Rand researcher, Harvey Lynn, was consulted, but as a private citizen, not as part of a RAND project.”

However in an interview from 1965 Jeffrey Hunter, who played captain Christopher Pike in the Star Trek pilot “The Cage” and preceded William Shatner as first captain of the Enterprise stated “The things that intrigues me the most is that it is actually based on the Rand Corporation’s projection of things to come. Except for the fictional characters, it will be like getting a look into the future and some of the predictions will surely come true in our lifetime.”

The inherent contradiction that Star Trek continually demonstrates is the contradiction of the liberal philosophy – and I mean in this in the classically liberal sense, that radical egalitarianism and atomistic individualism creates a horrid collective gathered around nothing more than liberalism itself.  In this way, liberalism and its epistemic and cultural relativism can only allow for itself, and must destroy and exclude all other options, including even non-liberal democracy. 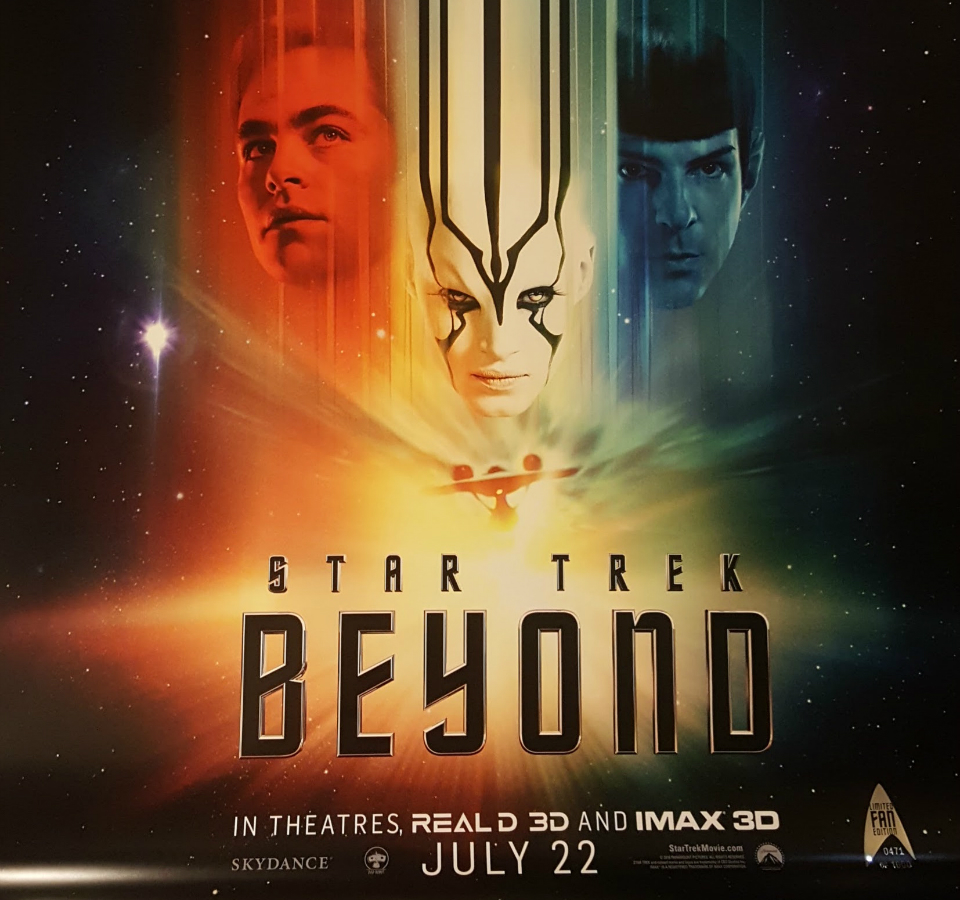 In numerous Star Trek episodes, we even see the ‘Prime Directive” of the Federation’s commitment to not violating an existing culture violated under the pretended facade of liberal “rights” and values.   Western NGOs and foundations fulfill this very role today, with a cover of aiding the downtrodden, while secretly working for western political ends, as we see in the Soros-funded “White Helmets” scam. (If anyone doubts RAND connections to Hollywood, let’s not forget the 2014 faux scandal of The Interview). Ironically, the new film demonstrates this toxic cultural imperialism explicitly.  GlobalResearch explains:

“Aside from not addressing the darker side of US foreign policy, Hollywood movies like Forrest Gump carry subliminal messages. In the words of the US culture and entertainment magazine Rolling Stone: “The message of Forrest Gump was that if you think about the hard stuff too much, you’ll either get AIDS or lose your legs. Meanwhile, the hero is the idiot who just shrugs and says ‘Whatever!’ whenever his country asks him to do something crazy.” What Rolling Stone is saying that listen to what you are commanded to do.

Then there are movies like American Sniper that collapse US foreign policy into the simplistic notion of individual characters. What this does is collapse the event and the soldiers into one, which means that if ones criticize a US war that you are attacking the soldiers and their convictions. This is hiding behind the soldiers and detracting from the real issue of an illegal invasion and occupation. Nor is there any mention of Abu Ghraib or the false weapons of mass destruction lies. Rolling Stone had this to say about American Sniper: “Sniper is a movie whose politics are so ludicrous and idiotic that under normal circumstances it would be beneath criticism. The only thing that forces us to take it seriously is the extraordinary fact that an almost exactly similar worldview consumed the walnut-sized mind of the president who got us into the war in question. It’s the fact that the movie is popular, and actually makes sense to so many people, that’s the problem,” it also adds. In fact, as a result of the movie there was an increase in hate crimes in the US and negative feelings towards Arabs and Muslims.”

I was tempted to draw up an elaborate analysis of symbols and deeper meanings, but depth was absent in this film.  Other than an odd similarity between the “terrorist” character as a former soldier who went mad from radicalism (traditionalism!) being similar to the D.C. “sniper” event, Admiral Krall is merely a representation of any cultures or people groups who want a more traditional, organic existence and reject the Federation’s globalism.  As such, they are “terrorists” who are impelled by their fury and insanity to bomb the glorious, multi-cultural megalopolis space city Yorktown.  In other words, all groups that aren’t on board with globalism and liberal, inverted monoculture are terrists destined to attack New York.

Krall thus represents the life-extension inherent in the damned traditionalism that will not die in the face of globalism.  Krall is a grotesque icon of the film’s view of patriarchal, honor-based societies as a perpetual reptilian madness that humans must evolve beyond.  If you don’t accept homo-mono-globo-liberalism, you are a terrorist that will unleash bioweapons in New York.  The Holy United Nations and the space brothers have told the Pentagon humanity must evolve beyond distinctions and borders, and Gene and the pope are is its prophets. By the way – if the citizens of the multi cultural Yorktown space station can beam about at will, why didn’t they just beam Admiral Krall into space when he had the bio weapon? Lol oops! #StarCuck #captainJamesTKuck