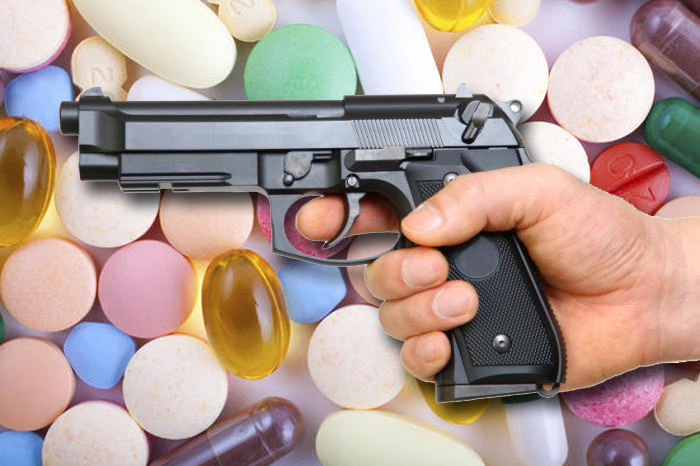 For the first time ever, scientists have linked prescription drugs that affect the central nervous system to an increased risk of committing a homicide.

European researchers found that people who were taking a class of tranquilizers called benzodiazpines were more likely to kill someone than those who were not taking these medicines, reports Live Science.

Those drugs are used to treat anxiety, insomnia and panic disorders. Pain relievers such as opioid medications and anti-inflammatories were also found to increase a person’s risk of homicide.

“I think that these chemical substances affect the impulse control of the person,” Dr. Jari Tiihonen, lead author and a professor, told Medical Daily. “The only surprising result was that painkillers also increase the risk.”

The study also showed people taking antidepressants had only a slight increase in homicide risk, even after the researchers factored in mental illness.

In the new study, the researchers looked at data collected from about 960 men and women in Finland, ages 13 to 88, who were all convicted of homicide.

But the researchers were surprised to find that the use of anti-inflammatory pain relievers was tied to an increase of more than 200 percent in the risk of committing homicide. Opioid pain relievers elevated risk by 92 percent, Tiihonen said.

The researchers speculate that tranquilizers may weaken people’s impulse control. Other studies have suggested that using certain painkillers may dull processes responsible for processing emotions.

The study is published in the journal World Psychology.