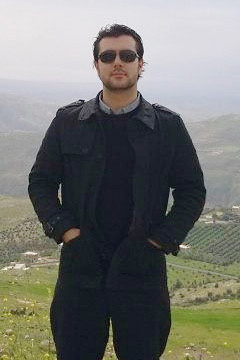 The suicide bomber has been identified as Taimour Abdulwahab (Taymour Abdel Wahab). He was born in Iraq but became a Swedish citizen in 1992. When he was 10 he and his family moved to the small Swedish town Tranås some 200 kilometers south of Stockholm.

Reportedly he was a normal "Swedish" kid, but his behavior drastically changed when he left Sweden in 2001 to complete a bachelor's degree in sports physiotherapy at the University of Luton, UK -- now the University of Bedfordshre, from which he graduated in 2004.

"He got to know an Egyptian imman at the mosque in Luton," a friend of the family told Expressen, adding that during his time there "he became another person. It's hard to say how. He changed and became more restrictive."

When he returned to Sweden in 2005, he had a beard, cut contact with his old friends and led a withdrawn life. He never settled back into Swedish life and went back to Britain, only sporadically visiting his family in Tranås.

British intelligence officials are also investigating claims that Abdulwahab was aided by al-Qaida-linked extremists in Yemen.

FBI have offered their services to the Swedish police to assist in technical weapons expertise.

The explosion in the surveillance footage obviously shows a failed attempt, as the bomb seems to have detonated prematurely on the less crowded Bryggaregatan and Olof Palmes gatan instead of Drottning Gatan. The Bomber died but only two people were slightly injured.

Yesterday it was reported by the TT news agency that someone at the Swedish Ministry of Defence had warned a relative to stay away from Drottning Gatan the same day the bomb went off. No further information have yet been revealed about this claim. Although the Ministry of Defence today released an official statement that an internal investigation into this claim have revealed that no one knew about the explosions prematurely.

Bilderberg attendee and Minister for Foreign Affairs, Carl Bildt wrote on his twitter channel (in English) almost 10 hours before police officially confirmed that the explosions on Bryggaregatan and Olof Palmes gata where indeed acts of terrorism:

“Most worrying attempt at terrorist attack in crowded part of central Stockholm. Failed – but could have been truly catastrophic.”

Bildt acts alone while the government have been unclear in its communication with the public and it shows that Carl had access to unofficial information regarding the nature of the explosion. So, what did he know ...and how early did he know it?