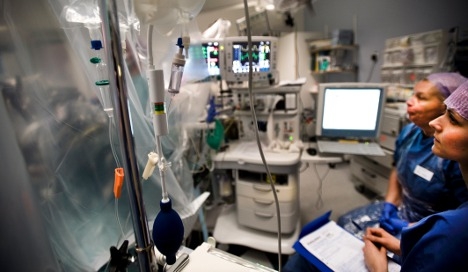 Long queues to see a doctor and get treatment in Sweden have dragged the country far down a European ranking of healthcare providers, with Sweden now the worst among its Nordic neighbours despite efforts to cut waiting times.

On Tuesday, a Brussels-based Swedish researcher revealed that Sweden had the worst health system of any of the five Nordic countries. Sweden slipped from sixth to eleventh place among 35 European countries, with Denmark, Finland, Norway and Iceland all racing past it. 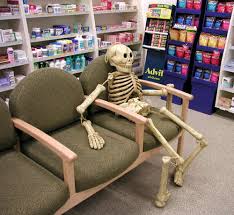 The report in particular had harsh words for waiting times in the Swedish healthcare system. It gave as an example that teenagers suffering anorexia at times have to wait six months for an appointment with a specialist. It also highlighted its concern that cancer patients were left to wait.
"Why can Albania operate its healthcare services with practically zero waiting times, and Sweden cannot?" the report authors from the Health Consumer Powerhouse (HCP) organization in Brussels asked, albeit acknowledging modest improvements. "The Swedish queue-shortening project, on which the state has spent approximately 5 billion euro, has achieved some shortening of waiting times."

Sweden aims to make sure people can see their general practitioner within one week max, which the organization said was a modest goal in and of itself.

"The target for maximum wait in Sweden to see your primary care doctor (no more than seven days) is underachieved only by Portugal, where the corresponding figure is 15 days," the report stated.

Such were the waiting times, that they pulled Sweden down the European ranking despite having technically advanced healthcare at its disposal.

"The Swedish score for technically excellent healthcare services is, as ever, dragged down by the seemingly never-ending story of access/waiting time problems," the reported noted, underlining that the national efforts to guarantee patient care had not helped in cutting the delays significantly.

"If healthcare officials and politicians took to looking across borders, and to "stealing" improvement ideas from their European colleagues, there would be a good chance for a national system to come much closer to the theoretical top score of 1,000," the report concluded.

"As a prominent example; if Sweden could achieve a Belgian waiting list situation, that alone would suffice to lift Sweden to compete with the Netherlands at ~880 points!"

Despite the poor performance in the ranking, Swedish men still manage to live five years longer on average than their Danish neighbours, the Euro Health Consumer Index found this year.

"The classic Danish reply when confronted with the fact that male life expectancy is five years less in Denmark than across the water in Sweden: “We have more fun while it lasts!” the report authors noted.

Head researcher Arne Björnberg also explained that Sweden’s tumble in 2013’s Euro Health Consumer Index (EHCI) was in large part due to other countries getting their act together. Yet the organization stressed that Sweden must focus its efforts on cutting queues.

"Only Serbia has equally long waiting times as Sweden today," HCP founder Johan Hjertqvist said in a statement. "Despite the government pumping billions into the queue system, very little is happening."

The Svenska Dagbladet (SvD) newspaper also revealed on Wednesday that one in three Swedish doctors feels they spend too much time on filling in paperwork, rather than treating their patients. OECD statistics show that Sweden has one of the highest doctor-to-patient ratios but still has one of the lowest rates of doctors visits per citizen annually. Swedish patients also report feeling that they don’t get enough time with their healthcare provider. A summary of the situation will be handed to the Social Affairs Minister Göran Hägglund on Wednesday by the Swedish Agency for Health and Care Services Analysis (Myndigheten för vårdanalys).

"Why it looks this way is a mystery," agency head Fredrik Lennartsson told SvD. "We haven’t been able to precisely quantify how much time the doctors spend with their patients(...) but there is clearly a lot of potential for using their time and competence more efficiently than we do today."