Sweden’s rape rate under the spotlight

Sep 17, 2012 Source: bbc.co.uk
The Julian Assange extradition case has put Sweden’s relatively high incidence of rape under the spotlight. But can such statistics be reliably compared from one country to another?

Which two countries are the kidnapping capitals of the world?

That compares with only 0.6 in Colombia and 1.1 in Mexico.

So why haven’t we heard any of these horror stories? Are people being grabbed off the street in Sydney and Toronto, while the world turns a blind eye? 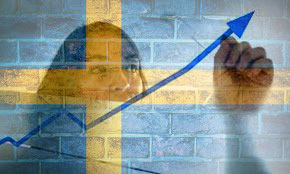 No, the high numbers of kidnapping cases in these two countries are explained by the fact that parental disputes over child custody are included in the figures.

If one parent takes a child for the weekend, and the other parent objects and calls the police, the incident will be recorded as a kidnapping, according to Enrico Bisogno, a statistician with the United Nations.

Comparing crime rates across countries is fraught with difficulties - this is well known among criminologists and statisticians, less so among journalists and commentators.

Sweden has the highest rape rate in Europe, author Naomi Wolf said on the BBC’s Newsnight programme recently. She was commenting on the case of Julian Assange, the Wikileaks founder who is fighting extradition from the UK to Sweden over rape and sexual assault allegations that he denies.

Is it true? Yes. The Swedish police recorded the highest number of offences - about 63 per 100,000 inhabitants - of any force in Europe, in 2010. The second-highest in the world.

This was three times higher than the number of cases in the same year in Sweden’s next-door neighbour, Norway, and twice the rate in the United States and the UK. It was more than 30 times the number in India, which recorded about two offences per 100,000 people.

On the face of it, it would seem Sweden is a much more dangerous place than these other countries.

But that is a misconception, according to Klara Selin, a sociologist at the National Council for Crime Prevention in Stockholm. She says you cannot compare countries’ records, because police procedures and legal definitions vary widely.

"In Sweden there has been this ambition explicitly to record every case of sexual violence separately, to make it visible in the statistics," she says.

"So, for instance, when a woman comes to the police and she says my husband or my fiance raped me almost every day during the last year, the police have to record each of these events, which might be more than 300 events. In many other countries it would just be one record - one victim, one type of crime, one record."