Swedish feminists: “Please don’t protect us if we get raped by immigrants” 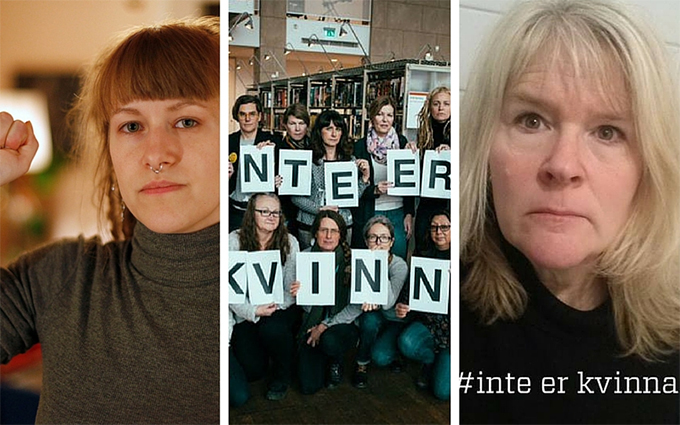 Feminists in Sweden have launched a new campaign against men that wants to protect women from being raped.

So, no doubt you have all heard about taHarrush by now, the Islamo-Arabic rape game. You might also have heard about the backlash against the people engaging in this behavior in Stockholm, where 200 men put their viking-genes to use by physically attacking these “refugees”.

What you probably have NOT heard about however, (or find hard to believe) is the feminist outcry (surprise surprise!) against these noble berserkers. Indeed, the rage was so great, they created the hashtag #inteerkvinna (translated as #notyourwoman) where they spewed their hatred over racism, fascism, white men and many other things that can be loosely tied to the events with some cognitive dissonance. In short, they made a collective tantrum on social media over the fact that white European men are standing up to the rape-fugees.

The whole thing culminated with the statement “It’s YOU I’m afraid of!” where the feminist in question is now fantasizing about afraid that some tall, good-looking nationalist will sexually harass her in the streets.

At any rate, the opinion voiced by various people in the nationalist and alternative right-o-sphere, is one of butthurtness: “Okay, then we just won’t save you next time” but personally, I don’t think this is the way to go. Sure, some of these shrieking harpy’s are lost causes and should be thrown into the abyss, but I don’t think the majority really are.

I would like to propose that, instead, next time you have fought your way through hordes of orcs in true Lord of the Rings fashion, only to be greeted by an ungrateful princess at the end; let her throw her tantrum and just smirk and stay silent. When she’s done, you gaze seductively into her eyes, sweat and blood running from your forehead, and say with a low-toned voice: “Let’s go to my place” and watch our cause get another follower.

Because that’s what she really wants. A man who is not deterred. A solid rock in the flood of invaders.