Apr 5, 2016 Source: infowars.com
Civilizations that fail to secure their borders are doomed 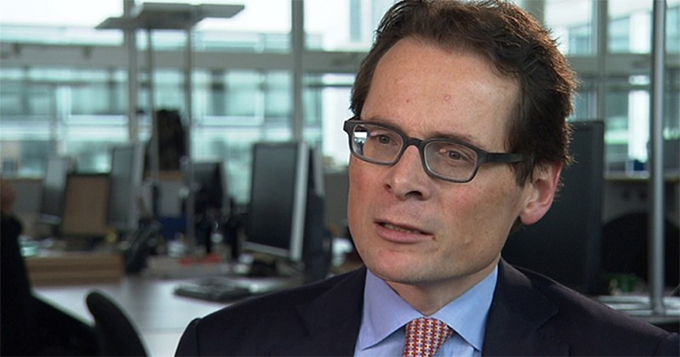 Swiss People’s Party (SVP) member of parliament Roger Köppel warns that the European migrant crisis is so out of control that it could lead to a new world war.

Writing in the Weltwoche daily newspaper, Köppel argues that “Europe is about to abolish itself” due to a “megalomaniac” open border policy overseen by the likes of Angela Merkel,

“The basic problem today is Islam,” writes Köppel, pointing out that the numerous terrorists who were born in Europe merely proves that integration has completely failed.

“The virulence of the Islamist terror is a fact. Concealment and glossing over does not help….France and Belgium are just a taste. It is an illusion to believe that politics can cope with this mass migration,” asserts Köppel.

Cautioning that the failure of the elite to acknowledge that their failed policies caused the crisis will lead to “political extremism,” Köppel draws parallels to World War I, warning that civilizations that fail to secure their borders are doomed and that ‘disaster’ is on the horizon.

Köppel’s comments echo those made by numerous other prominent political and military leaders in recent months.

Earlier this year, Norwegian Army Chief Odin Johannessen remarked that Europe must be prepared to “fight” to defend its values against the threat posed by radical Islam.

It was also revealed back in January that the chief of the Swedish army General Anders Brännström ordered his troops to prepare for a war in Europe against skilled opponents “within a few years”.

A month before that, Swiss army chief André Blattmann warned that the risk of social unrest in Europe was intensifying and that citizens should arm themselves.

“The threat of terror is rising, hybrid wars are being fought around the globe; the economic outlook is gloomy and the resulting migration flows of displaced persons and refugees have assumed unforeseen dimensions,” said Blattmann.

Top security experts in Germany also told Chancellor Angela Merkel last October that the middle class was becoming “radicalized” as a result of her open borders migrant policy and that domestic disorder could ensue as a result.

Meanwhile, in France, security forces have been making preparations for mass civil unrest and radicalized immigrants taking over entire neighborhoods.

Benedicte Bjørnland, the head of Norway’s Police Security Service (SSP) also warned in February that the importation of large numbers of migrants who fail to assimilate into western society could spark civil unrest and a groundswell of right-wing extremism.