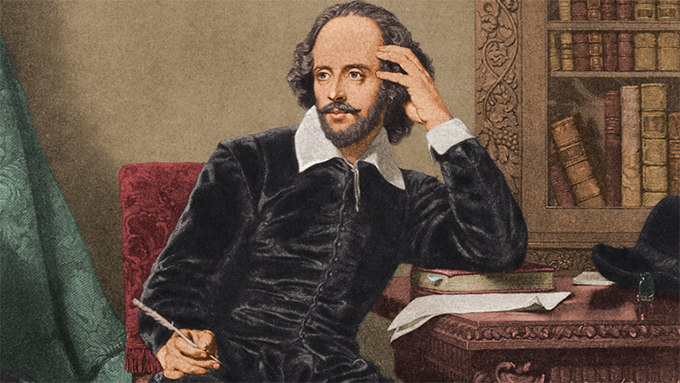 Dana Dusbiber, who teaches English in Sacramento, says she avoids Hamlet and all the rest because her minority students shouldn’t be expected to study a ”a long-dead, British guy” (Dusbiber herself is white). And while Shakespeare is widely regarded as the premier writer of the English language, able to timelessly portray themes central to the human experience, Dusbiber says he only is regarded that way because “some white people” ordained it and he can easily be replaced.

“Why not teach the oral tradition out of Africa, which includes an equally relevant commentary on human behavior?” She suggests. “Why not teach translations of early writings or oral storytelling from Latin America or Southeast Asia other parts of the world? Many, many of our students come from these languages and traditions … perhaps we no longer have the time to study the Western canon that so many of us know and hold dear.”

To bolster her case for dumping the Bard, Dusbiber says that minority students, like those who dominate her own classroom, deserve to study their own cultures rather than being exposed to “Eurocentrism.” But at the same time, she takes the exact opposite position for whites, saying school should be a place for them to explore cultures other than their own.

“If we only teach white students, it is our imperative duty to open them up to a world of diversity through literature that they may never encounter anywhere else in their lives,” she says. “I admit that this proposal, that we leave Shakespeare out of the English curriculum entirely, will offend many.”

Despite holding an English degree and describing herself as voracious reader, Dusbiber’s desire to purge the dusty old Bard from her classroom is partly based on her own difficulties reading him. She confesses that she has a “personal disinterest in reading stories written in an early form of the English language that I cannot always easily navigate.”

While Post education reporter Valerie Strauss, who published the article, notes that Dusbiber’s view “is shared by a lot of people in and out of education,” the piece has stirred a fiery and mostly hostile response, and later on Saturday Strauss published a rebuttal from another English teacher, who argues that it’s absurd to throw Shakespeare into the trash simply because he’s very dead and very white.

“Ethnically diverse students don’t foolishly fall in love … ?” The rebuttal asks rhetorically. “Or feel jealousy or rage? Or fall victim to discrimination? Or act desperately out of passion? To dismiss Shakespeare on the grounds that life 450 years ago has no relation to life today is to dismiss every religious text, every piece of ancient mythology (Greek, African, Native American, etc.), and for that matter, everything that wasn’t written in whatever time defined as ‘NOW.’”