University Professor Benjamin Bratton has given the TED talk to end all TED talks - perhaps literally. 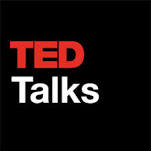 TED talks are public speaking engagements which highlight scientific ideas and solutions. They’re "often seen as presenting a non-profit forum of thoughts and concepts that would otherwise be missed by the mainstream and insulated research communities." Source

Bratton, associate professor of visual arts at the University of California, gave a talk which shunned the TED formula of "ideas worth spreading".

Specifically, he characterized the talks as "middlebrow megachurch infotainment" and "placebo politics", and he’s not alone. Past critics have suggested that TED talks are acts “that turns scientists and thinkers into low-level entertainers”.

TED talks are host to great ideas and are held (usually) with the best of intentions, but as the popularity and exposure of the talks grew, so too did the uneasiness of TED organizers about message control. Mainstream and consensus scientific ideas are seen as ’fit’ for TED, others not so much.

Red Ice Creations wrote an article detailing the censorship exerted by the organizing committee members of what is supposed to be an open stage for scientific discovery and open-minded exchange.

Apparently Professor Bratton agrees that the science is NOT settled when it comes to TED talks, and under the current paradigm these performances are not an idea worth continuing.

[...]Bratton delivered his critique of TED, a nonprofit that says it’s devoted to "ideas worth spreading," during a TED talk, of all places. In an 11-minute rebuke, Bratton asks why the proposed bright futures often promised in TED talks don’t come true. He lists a series of reasons why, but resists coming up with "one simple takeaway," because, to him, over-simplification is one of the shortcomings of TED, which stands for "Technology, Entertainment, Design."

If we really want transformation, we have to slog through the hard stuff (history, economics, philosophy, art, ambiguities, contradictions). Bracketing it off to the side to focus just on technology, or just on innovation, actually prevents transformation. Instead of dumbing-down the future, we need to raise the level of general understanding to the level of complexity of the systems in which we are embedded and which are embedded in us.