The Fall of Pharaoh Zahi? 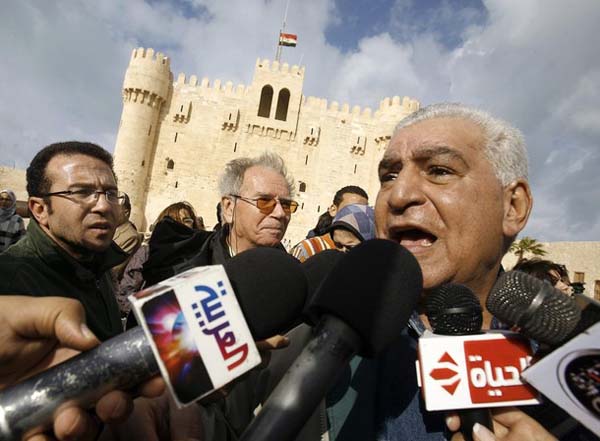 Two weeks ago, at the height of the Egyptian popular uprising, I asked whether it might spell the end for the controversial head of Egyptian antiquities, Dr. Zahi Hawass. Now, with President Mubarek stepping aside, and the central protest in Tahrir Square winding down, smaller protests against particular ’regime personalities’ have begun - and the Big Z appears to be well and truly in the cross-hairs. Around 200 archaeologists have gathered outside the headquarters of the SCA (Supreme Council of Antiquities) with a list of demands, one of which is the prosecution of Dr Hawass "for corruption and accountability for the theft of 18 masterpieces from the Cairo Museum". This Associated Press article makes clear that many professional archaeologists and students have had enough of the self-serving ego of the antiquities chief. 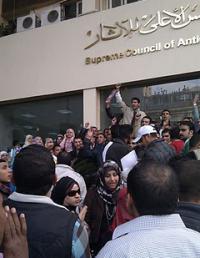 One would think that ZH is a canny enough operator to work his way out of this current mess though...despite the backlash, his monopolisation of Egyptian archaeology does give his CV enough ’oomph’ for him to perhaps argue that only he is qualified enough to guide Egyptology forward in such uncertain times. However, according to this report he may already be packing his bags.

An acquaintance of his who visited him today at his office while protesters outside bayed for his downfall described the usually supremely confident archeologist as "shattered" by recent events, and said most of his books and personal papers have already been moved out of the office. In the waning days of the Mubarak regime he threw his weight behind the established order, and also appeared to have hid the extent of the damage done at the famed Egyptian museum – one of the great repositories of human heritage.

After a brief spate of looting two weeks ago, he said nothing of great value was taken. On Sunday, he admitted that the thieves had made off with 18 priceless artifacts, including two gold encrusted wooden statues of Tutankhamun. "He had to have known that much sooner," says the acquaintance. "I think he held the information back because he understood it would be catastrophic for the regime’s legitimacy."

The functionaries of a dictatorship, perhaps of any order, take on the character of their leaders. There are hundreds of men in positions of power in Egypt right now who, like Hawass, are the targets of Egyptian popular anger.

This Discovery News piece also lists more archaeologists disparaging (would "tut-tutting" be too crass?) the Big Z, as well as addressing the strange issue of the conflicting reports about the Cairo Museum looting/vandalism (in a related note, apparently two of the stolen treasures have been found on the ground outside the museum).

Read the full article at: dailygrail.com