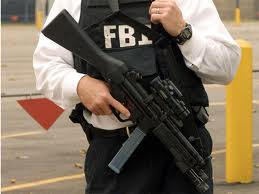 It is a known fact that the FBI is the biggest source of domestic terrorism in America. Since there are no legitimate domestic terrorists for these clowns to catch, they are creating them instead. The reason they are engaging in such ridiculous behavior is because they have to justify their pointless and ridiculous jobs. It also serves as a great way to justify different political agendas and boost cable television ratings. For years they have been entrapping useful idiots and masterminding various terror plots. They’ve also been involved in the investigation of various staged hoaxes so the hoax itself can be covered up properly and the official narrative propagated to the masses. Perhaps even more insane is that many of these staged events appear to now be occurring roughly every six weeks. It is true that these events don’t always happen six weeks apart but usually the FBI doesn’t go much longer than two months before they are involved in another highly questionable event. After all, there are undoubtedly a number of logistical challenges that go along with staging these elaborate hoaxes so perhaps they can’t always stick to the planned schedule. The guys over at the No Agenda podcast have been observing this phenomenon for quite some time now and it looks like they could be on to something.

Specifically let’s take a look at the latter part of 2013 since it has followed this pattern very closely.

On September 16th 2013 an alleged mass shooting at the Washington Navy Yard occurred where 12 people were said to have been killed. The gunman was identified as a civilian contractor named Aaron Alexis. The only proof offered of the incident was surveillance video showing what was said to be Alexis walking through a few hallway areas with a shotgun. There have been no photos or video showing anybody who was wounded or killed by gunshots in the incident. The FBI was heavily involved in this investigation. This incident based upon all the facts provided appears to have been a totally manufactured hoax.

On November 1st 2013 an individual by the name of Paul Ciancia was said to have gone to a security checkpoint at Los Angeles International Airport to shoot TSA agents. He was said to have killed a single TSA agent before being shot by police. Despite the fact that the shooting was said to have happened at an airport security checkpoint which would be equipped with multiple video cameras, no video footage of the incident has been released thus far. A couple of police officers were even caught on camera by a news chopper wheeling out a dummy on a wheelchair as if it were a real victim. At a press conference the police announced that they had practiced for this event indicating they had conducted drills depicting this exact same scenario before the live event. The FBI man who stood right behind the police chief appeared to be quite unhappy when he mentioned this at the press conference. This incident based upon the information we have also appears to be a completely staged hoax.