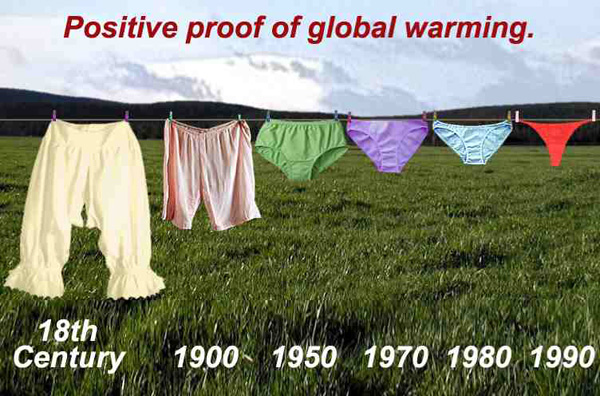 Leaked emails have revealed the unwillingness of climate change scientists to engage in a proper debate with the sceptics who doubt global warming.

Ed Comment: Search in the emails yourself at: eastangliaemails.com

The storm began with just four cryptic words. “A miracle has happened,” announced a contributor to Climate Audit, a website devoted to criticising the science of climate change.

“RC” said nothing more — but included a web link that took anyone who clicked on it to another site, Real Climate.

There, on the morning of November 17, they found a treasure trove: a thousand or so emails sent or received by Professor Phil Jones, director of the climatic research unit at the University of East Anglia in Norwich.

Jones is a key player in the science of climate change. His department’s databases on global temperature changes and its measurements have been crucial in building the case for global warming.

What those emails suggested, however, was that Jones and some colleagues may have become so convinced of their case that they crossed the line from objective research into active campaigning.

In one, Jones boasted of using statistical “tricks” to obliterate apparent declines in global temperature. In another he advocated deleting data rather than handing them to climate sceptics. And in a third he proposed organised boycotts of journals that had the temerity to publish papers that undermined the message.

It was a powerful and controversial mix — far too powerful for some. Real Climate is a website designed for scientists who share Jones’s belief in man-made climate change. Within hours the file had been stripped from the site.

Several hours later, however, it reappeared — this time on an obscure Russian server. Soon it had been copied to a host of other servers, first in Saudi Arabia and Turkey and then Europe and America.

What’s more, the anonymous poster was determined not to be stymied again. He or she posted comments on climate-sceptic blogs, detailing a dozen of the best emails and offering web links to the rest. Jones’s statistical tricks were now public property.

Steve McIntyre, a prominent climate sceptic, was amazed. “Words failed me,” he said. Another, Patrick Michaels, declared: “This is not a smoking gun; this is a mushroom cloud.”

Inevitably, the affair became nicknamed Climategate. For the scientists, campaigners and politicians trying to rouse the world to action on climate change the revelations could hardly have come at a worse time. Next month global leaders will assemble in Copenhagen to seek limits on carbon emissions. The last thing they need is renewed doubts about the validity of the science.

The scandal has also had a huge personal and professional impact on the scientists. “These have been the worst few days of my professional life,” said Jones. He had to call on the police for protection after receiving anonymous phone calls and personal threats.

Why should a few emails sent to and from a single research scientist at a middle-ranking university have so much impact? And most importantly, what does it tell us about the quality of the research underlying the science of climate change?

THE hacking scandal is not an isolated event. Instead it is the latest round of a long-running battle over climate science that goes back to 1990.

That was when the Intergovernmental Panel on Climate Change — the group of scientists that advises governments worldwide — published its first set of reports warning that the Earth faced deadly danger from climate change. A centrepiece of that report was a set of data showing how the temperature of the northern hemisphere was rising rapidly.

The problem was that the same figures showed that it had all happened before. The so-called medieval warm period of about 1,000 years ago saw Britain covered in vineyards and Viking farmers tending cows in Greenland. For any good scientist this raised a big question: was the recent warming linked to humans burning fossil fuels or was it part of a natural cycle?

The researchers set to work and in 1999 a group led by Professor Michael Mann, a climatologist at Pennsylvania State University, came up with new numbers showing that the medieval warm period was not so important after all.

Some bits of the Atlantic may have been warm for a while, but the records suggested that the Pacific had been rather chilly over the same period — so on average there was little change.

Plotted out, Mann’s data turned into the famous “hockey stick” graph. It showed northern hemisphere temperatures as staying flat for hundreds of years and then rising steeply from 1900 until now. The implication was that this rise would continue, with potentially deadly consequences for humanity.

That vision of continents being hit by droughts and floods while the Arctic melts away has turned a scientific debate into a highly emotional and political one. The language used by “warmists” and sceptics alike has become increasingly polarised.

George Monbiot, widely respected as a writer on green issues, has branded doubters “climate deniers”, a phrase uncomfortably close to holocaust denial. Sceptics, particularly in America, have suggested that scientists who believe in climate change are part of a global left-wing conspiracy to divert billions of dollars into green technology.

Ed Comment: Errr, no! It's a conspiracy by the global elite to create a New World Feudal Order. See: 'Greens' movement may have darker agenda, Environmental Education, Environmental Indoctrination and The Return of the Aristocrats

A more cogent criticism is that there has been a reluctance to acknowledge dissent on the question of climate science. Al Gore, the former US vice-president turned green campaigner, has described the climate debate as “settled”. Yet the science, say critics, has not been tested to the limit. This is why the climatic research unit at the University of East Anglia is so significant.

Its researchers have built up records of how temperatures have changed over thousands of years. Perhaps the most important is the land and sea temperature record for the world since the mid-19th century. This is the database that shows the “unequivocal” rise of 0.8C over the last 157 years on which Mann’s hockey stick and much else in climate science depend.

Some critics believe that the unit’s findings need to be treated with more caution, because all the published data have been “corrected” — meaning they have been altered to compensate for possible anomalies in the way they were taken. Such changes are normal; what’s controversial is how they are done. This is compounded by the unwillingness of the unit to release the original raw data.

David Holland, an engineer from Northampton, is one of a number of sceptics who believe the unit has got this process wrong. When he submitted a request for the figures under freedom of information laws he was refused because it was “not in the public interest”.

Others who made similar requests were turned down because they were not academics, among them McIntyre, a Canadian who runs the Climate Audit website.

A genuine academic, Ross McKitrick, professor of economics at the University of Guelph in Canada, also tried. He said: “I was rejected for an entirely different reason. The [unit] told me they had obtained the data under confidentiality agreements and so could not supply them. This was odd because they had already supplied some of them to other academics, but only those who support the idea of climate change.”

IT was against this background that the emails were leaked last week, reinforcing suspicions that scientific objectivity has been sacrificed. There is unease even among researchers who strongly support the idea that humans are changing the climate. Roger Pielke, professor of environmental studies at the University of Colorado at Boulder, said: “Over the last decade there has been a very political battle between the climate sceptics and activist scientists.

“It seems to me that the scientists have lost touch with what they were up to. They saw themselves as in a battle with the sceptics rather than advancing scientific knowledge.”

Professor Mike Hulme, a fellow researcher of Jones at the University of East Anglia and author of Why We Disagree About Climate Change, said: “The attitudes revealed in the emails do not look good. The tribalism that some of the leaked emails display is something more usually associated with social organisation within primitive cultures; it is not attractive when we find it at work inside science.”

There could, however, be another reason why the unit rejected requests to see its data.

This weekend it emerged that the unit has thrown away much of the data. Tucked away on its website is this statement: “Data storage availability in the 1980s meant that we were not able to keep the multiple sources for some sites ... We, therefore, do not hold the original raw data but only the value-added (ie, quality controlled and homogenised) data.”

If true, it is extraordinary. It means that the data on which a large part of the world’s understanding of climate change is based can never be revisited or checked. Pielke said: “Can this be serious? It is now impossible to create a new temperature index from scratch. [The unit] is basically saying, ‘Trust us’.”

WHERE does this leave the climate debate? While the overwhelming belief of scientists is that the world is getting warmer and that humanity is responsible, sceptical voices are increasing.

Lord Lawson, the Tory former chancellor, announced last week the creation of the Global Warming Policy Foundation, a think tank, to “bring reason, integrity and balance to a debate that has become seriously unbalanced, irrationally alarmist, and all too often depressingly intolerant”.

Lawson said: “Climate change is not being properly debated because all the political parties are on the same side, and there is an intolerance towards anybody who wants to debate it. It has turned climate change from being a political issue into a secular religion.”

The public are understandably confused. A recent poll showed that 41% accept as scientific fact that global warming is taking place and is largely man-made, while 32% believe the link is unproven and 15% said the world is not warming.

This weekend many of Jones’s colleagues were standing by him. Tim Lenton, professor of earth system science at UEA, said: “We wouldn’t have anything like the understanding of climate change that we do were it not for the work of Phil Jones and his colleagues. They have spent decades putting together the historical temperature record and it is good work.”

The problem is that, after the past week, both sceptics and the public will require even more convincing of that.