The most comprehensive survey of British Muslims to date has the man who introduced the term “Islamophobia” to Britain now criticizing that nation’s commitment to multiculturalism.

“Liberal opinion in Britain has, for more than two decades, maintained that most Muslims are just like everyone else,” Trevor Phillips, a former chairman of the Equality and Human Rights Commission, writes in an op-ed for the The Sunday Times, “We now know that just isn’t how it is.”

Among the new survey’s findings:

ICM Unlimited, the London-based polling agency that conducted the survey, interviewed a random sample of 1,081 adults who self-identified as belonging to the Muslim faith. Interviews were carried out face to face, in the home, in geographical areas in which Muslims make up at least 20% of the population. 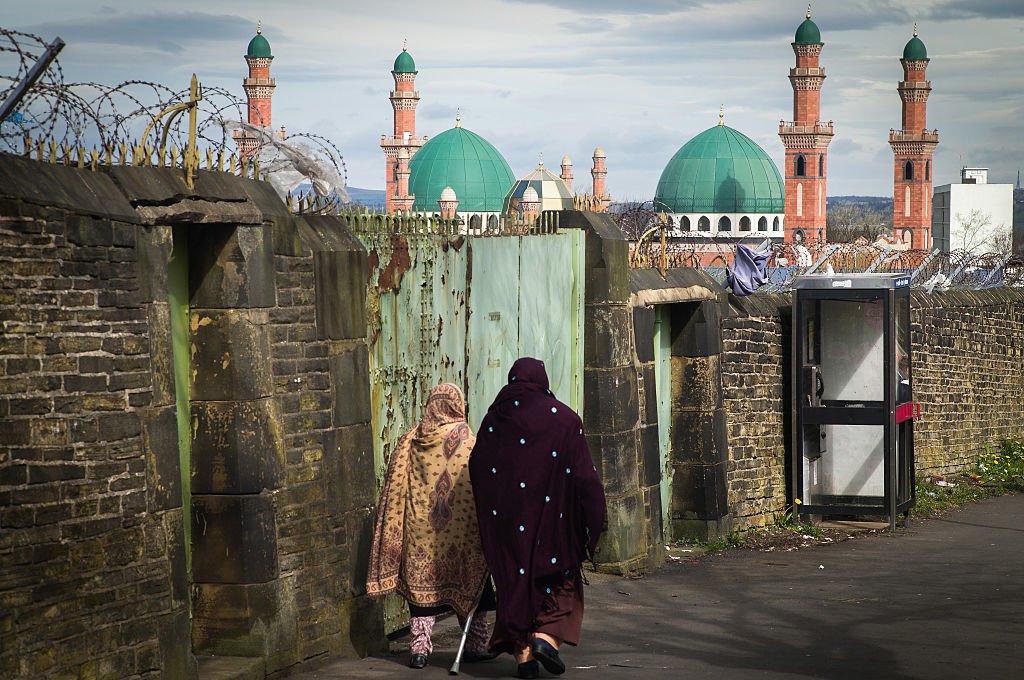 The majority of Muslims, more than 8 in 10, say they are happy living in Britain and “feel British” but, as Phillips writes:

“Muslims also prize the British way of life for a reason increasingly unimportant to non-Muslims: freedom to practice their religion any way they see fit.”

Yet British Muslims are also apparently unenthusiastic about their non-Muslim fellow citizens:

Phillips, who was a leader in passing British laws against religious discrimination, writes he expected this segregation to end:

“For a long time, I too thought that Europe’s Muslims would become like previous waves of migrants, gradually abandoning their ancestral ways, wearing their religious and cultural baggage lightly, and gradually blending into Britain’s diverse identity landscape. I should have known better.”

Phillips describes British towns in which those of Middle Eastern heritage never mix with white Britons, race riots in northern British towns, and how schools teachers recount that Muslim boys:

“Act as thought police …and actually hit the girls on their heads if their heads weren’t covered.”

Phillips also mentions the child sex abuse scandal in the British town of Rotherham, in which at least 1,400 children as young as 11 were raped by multiple perpetrators, mostly of Pakistani heritage, between 1997 and 2013.

Local authorities admitted to ignoring several reports warning of the abuse “for fear of being thought as racist.”

As the Muslim population grows in Britain, the divisions are only expected to widen.

“Oddly, the biggest obstacles we now face in addressing the growth of this nation-within-a-nation are not created by British Muslims themselves. Many of our (distinctly un-diverse) elite political and media classes simply refuse to acknowledge the truth.

“Any undesirable behaviors are attributed to poverty and alienation. Backing for violent extremism must be the fault of the Americans. Oppression of women is a cultural trait that will fade with time, nothing to do with the true face of Islam. …

“The integration of Muslims will probably be the hardest task we’ve ever faced. It will mean abandoning the milk-and-water multiculturalism still so beloved of many, and adopting a far more muscular approach to integration.”

As of January this year, Britain is home to more than 3 million Muslims for the first time ever — more than half of whom were born outside the U.K. That makes about 1 out of every 20 people in the country Muslim.

With a comparatively high birth rate among the Muslim population, in some parts of London almost half the residents are now Muslim and those areas could become majority-Muslim in the next 10 years, according to an analysis from the Office for National Statistics.

The Muslim communities in the United Kingdom have been criticized for being too insular.

Earlier this year Prime Minister David Cameron pledged 20 million pounds ($28.5 million) to fund English language classes for Muslim women immigrants in order to help them integrate, and warned some could be deported if they fail to reach certain standards.

“I think it’s quite right to say to people who come to our country that there are many rights that you have here — it’s a fantastic country to live in — but there are also obligations that we should put on people who come to our country, and chief amongst them should be obligations to learn English because then you can integrate, you can take advantage of the opportunities here and you can help us to build the strong country that we want.”

Parents who are unable to speak English have less of a chance of preventing their children from radicalizing, Cameron argued.

In September of last year, the U.K. rejected requests from the European Union for all member states to take a quota of Middle Eastern migrants and refugees, but Cameron promised his nation will accept 20,000 migrants over the next five years.

But as Europe continues to struggle with intelligence sharing among its governments and as the known terrorist network both within and without Europe widens, the necessity of reconciling religious freedom for Muslims with Western democratic civic values takes on renewed urgency.