The Man Who Lived Through Doomsday 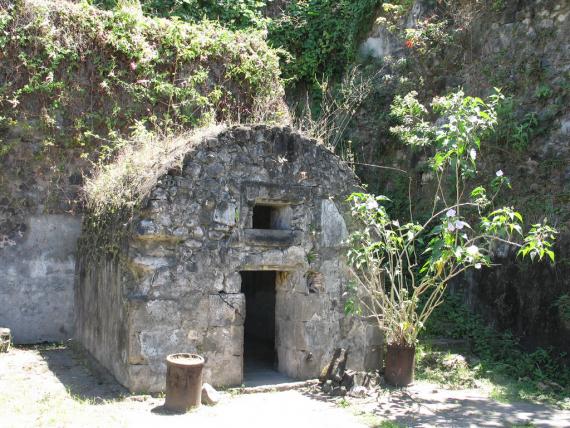 The story of Ludger Sylbaris is one that is so outlandish, so astonishing that it is difficult to believe that it is true. So amazing is his story that Barnum & Bailey hired him to travel with the circus, not because he had an act, but because he was a sort of relic. The ’only’ remaining survivor of a volcano that flattened an entire city, the "Paris of the West Indies," killing an estimated 30-40,000 people.

In reality his claim of being the only survivor isn’t entirely true, as one other man who lived at the edge of the island survived as well as a little girl, but his story is astonishing despite this detail.

Ludger was not a nice guy. Born in 1875 on Martinique, in 1902 Ludger (his actual name was Louis-Auguste) was 27 and frequently getting himself into trouble. A convicted felon, he liked to drink and he liked to fight. So it was no surprise that on the night of May 7th Ludger was arrested for getting in another fight. Irritated with his antics the police threw him into solitary confinement, a tiny half underground cell with no windows and only a very narrow slit in the door facing out to sea. What the police didn’t realize is that they had just saved Ludger’s life.

The next morning apocalypse came to Martinique.

The Mt. Pelee volcano had been giving signs of erupting for over a week, but without modern vulcanology they had no idea what to expect. In fact they had been planning to have a picnic on the volcano just 3 days before the eruption but had to cancel due to the ash that was starting to come from the volcano. Just before the volcano erupted thousands came from the countryside into the city to seek refuge. That was a big mistake.

Mt. Pelee exploded and a cloud of smoke darkened the sky for fifty miles around. A cloud of superheated volcanic gas and dust rolled out of the volcano at hundreds of miles per hour destroying everything in an eight mile radius. Within a single minute the 1,075 degree pressure wave had flattened every building in the city of St. Pierre and anyone unlucky enough to be in its way instantly caught fire and burned to death. Even those in shelter were suffocated as the wave of super heated gas burned up the oxygen and replaced it was deadly gases. People lungs were burnt from the inside by taking even a single breath, and after the eruption the city burned for days. The explosion instantly killed the over 30,000 residents of the island.

Except that it didn’t, not quite. Ludger couldn’t have been more lucky. He was found four days after the eruption by a rescue team who heard his calls. Despite being in the safest place on the island was horribly burned as the air in his room had flash heated to over 1000 degrees. Ludger described the experience of seeing the light coming through the slit grow dark, and then the superheated ash flying in. He peed on his clothes and stuffed them in the slit, but it didn’t stop the heat.

Ludger, wasn’t the only one to survive however. Sailors moored off the coast are said to have survived as well as some residents of the island who are said to have died later from their burns. Of those who lived to tell of the event only three names are known. One was a little girl named Havivra Da Ifrile. She is said to have seen the volcano beginning to erupt and by climbing into a boat and rowing to a cave where she and her friends used to play pirates she was able to escape. In her words "Before I got there I looked back -- and the whole side of the mountain which was near the town seemed to open and boil down on the screaming people. I was burned a good deal by the stones and ashes that came flying about the boat, but I got to the cave." She was found floating unconscious in a burned and broken boat two miles out to sea.

Another man Léon Compère-Léandre is said to have survived as well, though not much is known about him, and it is unclear exactly how he survived. His own account describes being in a house during the disaster, but most scientists feel that this is unlikely, and that Leon must have jumped or been blown into the ocean, which is what saved him. He was thought to be a madman when he showed up naked and burned in the town of Fort-de-France. Leon’s luck was the opposite of Ludger’s and he was nearly killed by the volcano twice more during subsequent explosions, and eventually died from a fall.

Ludger’s luck, on the other hand, couldn’t have been better. After the volcano he was pardoned for his crimes, and hired to tour with Barnum & Bailey telling of the horrific events. Ludger became something of a celebrity and was known as "the man who lived through Doomsday" and "the Most Marvelous Man in the World." It is thought by some that the night he was imprisoned he was actually being put away for murder which was why he was in solitary, but that after the eruption, Ludger told everyone it was just because of a fight. Either way for Ludger Sylbaris the eruption was both a disaster and his savior.

Today, the cell which saved Ludgers life is visitable in St. Pierre. The town never recovered from the devastation and even today over 100 year later the towns population is only a few thousand. Pelée is one of the most active volcanoes in the West Indies it is thought likely to erupt again. 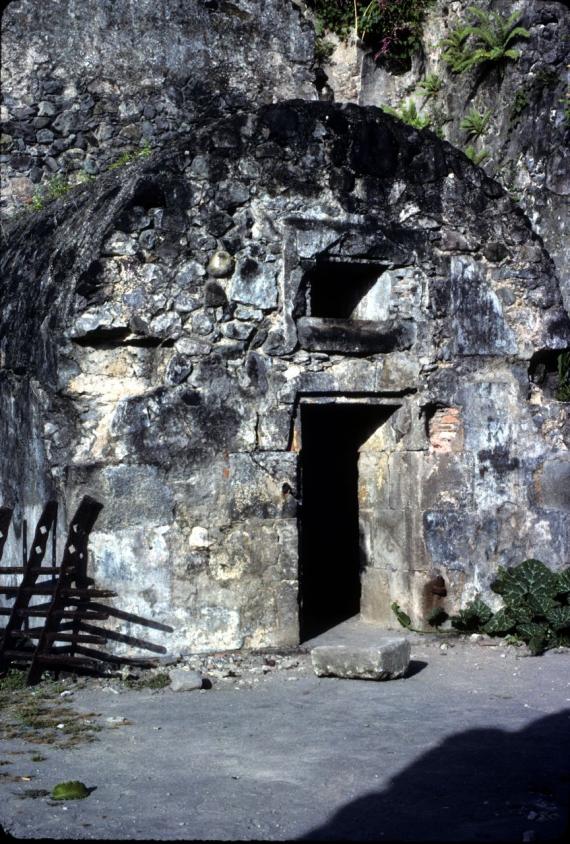 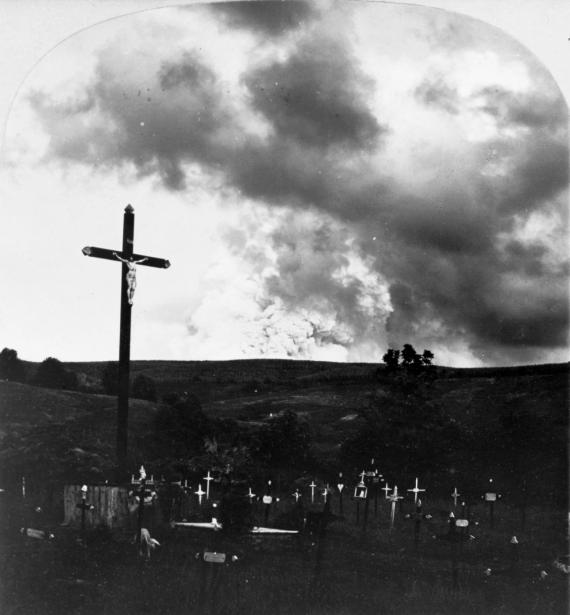 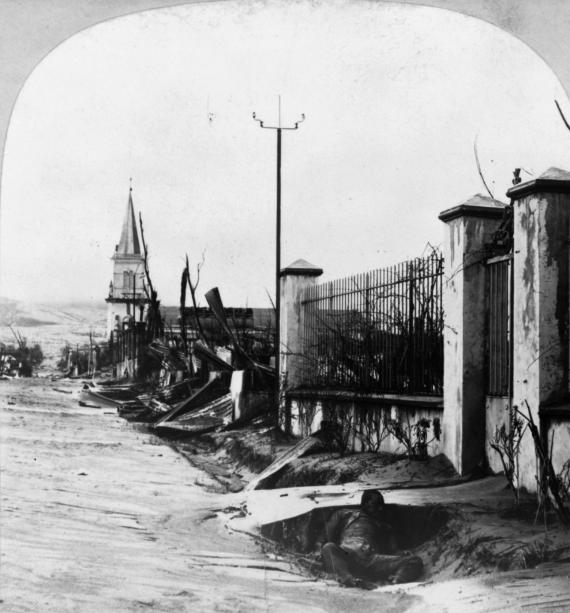 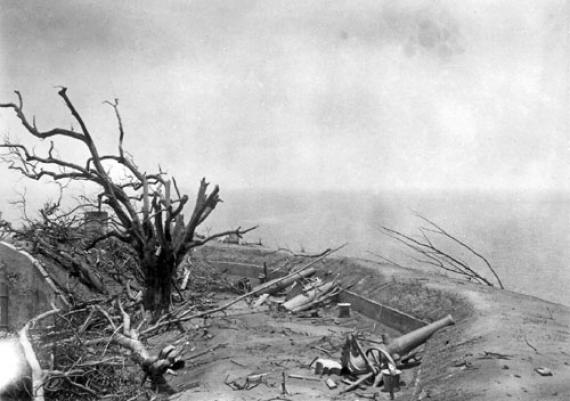 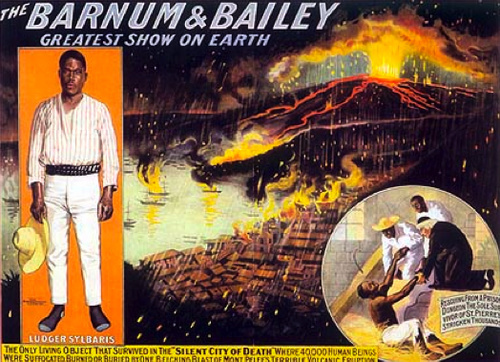