The Man Who Was Allergic to Radio Waves 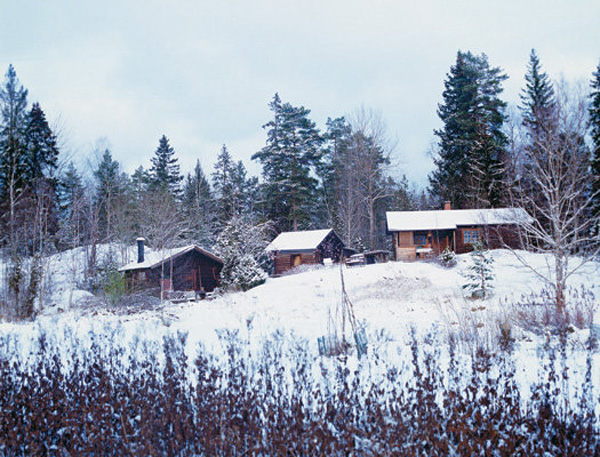 Listen to our related Red Ice Radio programs, see the links below the article.

Your cellphone does not in itself cause cancer (Aha? So says Popular Science!). But in the daily sea of radiation we all travel, there may be subtler dangers at work, and science is only just beginning to understand how they can come to affect people like Per Segerback so intensely

Per Segerback lives in a modest cottage in a nature reserve some 75 miles northeast of Stockholm. Wolves, moose and brown bears roam freely past his front door. He keeps limited human company, because human technology makes him physically ill. How ill? On a walk last summer, he ran into one of his few neighbors, a man who lives in a cottage about 100 yards away. During their chat, the mans cellphone rang, and Segerback, 54, was overcome by nausea. Within seconds, he was unconscious.

Segerback suffers from electro-hypersensitivity (EHS), which means he has severe physical reactions to the electromagnetic radiation produced by common consumer technologies, such as computers, televisions and cellphones. Symptoms range from burning or tingling sensations on the skin to dizziness, nausea, headaches, sleep disturbance and memory loss. In extreme cases like Segerbacks, breathing problems, heart palpitations and loss of consciousness can result.

A cellphone has to be in use -- either making or receiving a call, or searching for a signal, when radiation levels are highest -- for it to have this kind of effect on Segerback. Phones that are on but neither sending nor receiving usually dont produce enough radiation to be noticeable. But its not the sound of the phone that sets him off. Once, while on a sailboat with friends, he recalls, he was on the front deck when, unknown to him, someone made a call belowdecks. Headache, nausea, unconsciousness. When Segerback is within range of an active cellphone (safe distances vary because different makes and models produce different radiation levels), he experiences the feeling that there is "not enough room in my skull for my brain."

Sweden is the only country in the world to recognize EHS as a functional impairment, and Segerbacks experience has been important in creating policy to address the condition. Swedish EHS sufferers -- about 3 percent of the population, or some 250,000 people, according to government statistics -- are entitled to similar rights and social services as those given to people who are blind or deaf. Today, local governments will pay to have the home of someone diagnosed with EHS electronically "sanitized," if necessary, through the installation of metal shielding.

Sea of Radiation
Electromagnetic fields (EMFs) are inescapable. We are constantly exposed to them, mostly in the form of either extremely low-frequency (ELF) radiation from things like domestic appliances and power lines or radio-frequency (RF) radiation from things like cellular and cordless phones, telecom antennas, and TV and radio transmission towers. Our bodies even produce faint EMFs of their own, from the electrical activity in the brain and heart.

Ionizing radiation -- the kind produced by x-rays, CT scans and nuclear bombs -- can do terrible damage to the body. It is classified as a carcinogen. But ELF and RF are types of non-ionizing radiation, which is thought to be nearly harmless. Non-ionizing radiation isnt powerful enough to break molecular bonds, so it cannot directly cause the cellular damage that leads to disease. This type of radiation is everywhere. "We are bathed in a sea of non-ionizing radiation," says John Boice, a professor of medicine at Vanderbilt University School of Medicine and scientific director of the International Epidemiology Institute, a biomedical research firm in Rockville, Maryland.

This sea, most scientists agree, is harmless. Cellphones are safe and conditions like EHS cannot exist, they argue, because the EMFs involved are too weak to have any health effect. The non-ionizing radiation from cellphones has almost no known influence on the human body. In fact, the only universally recognized effect of non-ionizing radiation is a very minor heating of nearby tissue. The Federal Communications Commission sets EMF limits for cellphones -- measured as "specific absorption rates" (SARs) -- below which significant heating does not occur. Segerbacks symptoms and those of other EHS sufferers, according to many researchers, may be either misdiagnosed or imaginary. Some experts suggest that people like Segerback perhaps suffer from a psychological disorder, or that their cases may illustrate the "nocebo" effect, in which the expectation that something will make you sick actually does make you sick. A review published last year in the journal Bioelectromagnetics found no evidence that hypersensitive individuals had an improved ability to detect EMFs, and the study found evidence of the nocebo effect in those same people.

The cellphone industrys position on the subject is clear. "The peer-reviewed scientific evidence has overwhelmingly indicated that wireless devices do not pose a public-health risk," says John Walls, vice president of public affairs at CTIA -- The Wireless Association, the international industry body. "In addition, there is no known mechanism for [EMFs] within the limits established by the FCC to cause any adverse health effects." A host of major institutions -- including the U.S. Food and Drug Administration, the International Commission on Non-Ionizing Radiation Protection (ICNIRP), the American Cancer Society and the World Health Organization -- agree with this assessment. (Although the ICNIRP says scientific assessment of the health aspects of wireless devices should continue as the technology becomes more widespread.)

Boice points out that data from cancer registries, such as the National Cancer Institutes SEER program, shows that brain-cancer rates havent gone up since the early 1990s. The trends are also relatively flat from the mid-1970s to the early 2000s in Denmark, Finland, Norway and Sweden, where cellphones have been in use longer than in the U.S. If cellphones were causing brain cancer, an obvious uptick in reported cases would be expected. "If you look at the totality of biological and experimental studies," Boice says, "the vast amount of evidence is that there is no association between cellphones and malignancies." 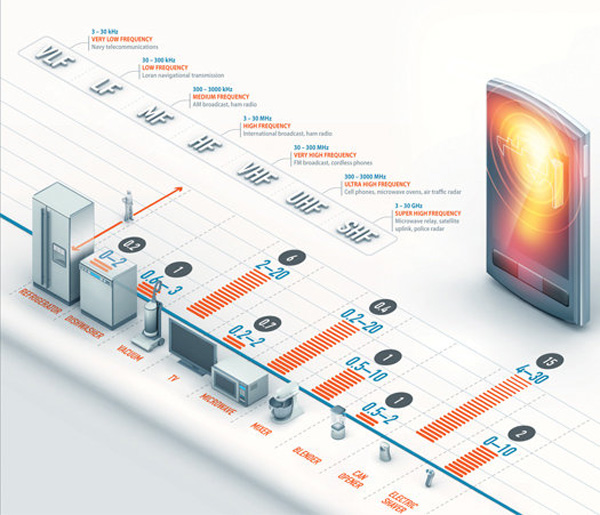 Read the rest of the story here