The Matrix Revealed: the collective experiment on planet Earth 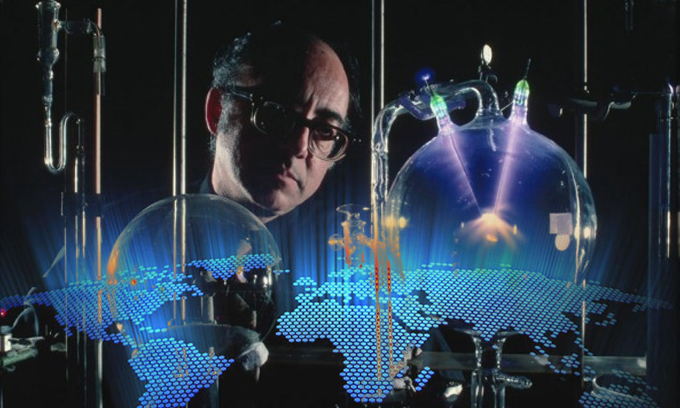 When all obsessive group-consciousness on Earth is finished, exhausted, when it admits defeat, then a different era will emerge. But for now, we are in the middle of the collective experiment.

High-flying cloying sentiment, profound dependence on others, covert repression—these are the order of the day.

How long until the collective age is over? A hundred years? A thousand years? The answer is, as long as it takes for every human to realize that the experiment has failed, and why.

The why is clear—the individual has been overlooked. He has been demeaned. He has been grabbed up and drafted into groups. His creative power has been compromised in order to fit in.

The majority of the world still believes in this approach, as if from good groups will flow the ultimate and final solutions we have all been seeking.

This is sheer mind control, because good groups morph into evil, and vice versa, in the ongoing stage play called reality.

What constituted a triumph of good over evil at one moment is guided into yet another collective, whose aims are “a better kind of control.”

The most deluded among us believe we are always on the cusp of a final breakthrough.

But there is no “we” to make the breakthrough.

It comes to every person on his own. And it does not arrive as the thrust of an external force, but from one’s own struggle, accompanied by insights for which there is no outside agency to lend confirmation.

If indeed it will take a thousand years to bring this collective illusion to a close, that is no cause for despondent reaction.

On the contrary, it is simply an understanding that all experiments come to an end, as does the method of thought on which they are based.

One or ten or a hundred collapses of civilization, and the resultant rebuilding, are not enough.

It can only dissolve when overwhelming numbers of individuals, each in his own way, absent self-deception, sees its bankruptcy.

The “we” and the “us” are merely postponements and cover stories splashed on the front pages of the mind.

Fighting for what is right, here and now, is vital. But it does not preclude the knowledge that, as long as people are fixated on groups as the Answer, the underlying problem will persist.

Therefore, as part of my research over the last several decades, I have explored what is now commonly called the Matrix, from the point of view of freeing the individual from it.

The first step is understanding Matrix as an ongoing perverse “work of art” and viewing the nuts and bolts of it.

Radio 3Fourteen - Jon Rappoport - The Artist Against the System

Jon Rappoport - The Surveillance State & War on the Individual

Radio 3Fourteen - Jon Rappoport - The Individual vs. The Planned State