The Moon: An Unexplained Phenomenon 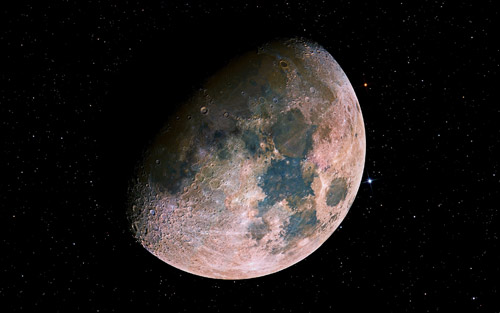 Here is a collection of interesting quotes from scientists, authors, researchers, NASA insiders and star-gazers relating to the enigmatic and often inexplicable nature of the moon:

Isaac Asimov,
American author and professor of biochemistry at Boston University and Science Fiction writer. Asimov was one of the most prolific writers of all time.

"We cannot help but come to the conclusion that the Moon by rights ought not to be there. The fact that it is, is one of the strokes of luck almost too good to accept… Small planets, such as Earth, with weak gravitational fields, might well lack satellites… … In general then, when a planet does have satellites, those satellites are much smaller than the planet itself. Therefore, even if the Earth has a satellite, there would be every reason to suspect… that at best it would be a tiny world, perhaps 30 miles in diameter. But that is not so. Earth not only has a satellite, but it is a giant satellite, 2160 miles in diameter. How is it then, that tiny Earth has one? Amazing."

"The Moon, which has no atmosphere and no magnetic field, is basically a freak of nature"

“The best possible explanation for the Moon is observational error – the Moon doesn’t exist.’

Christopher Knight and Alan Bulter
Book: Who Built the Moon?

The Moon has astonishing synchronicity with the Sun. When the Sun is at its lowest and weakest in mid-winter, the Moon is at its highest and brightest, and the reverse occurs in mid-summer. Both set at the same point on the horizon at the equinoxes and at the opposite point at the solstices. What are the chances that the Moon would naturally find an orbit so perfect that it would cover the Sun at an eclipse and appear from Earth to be the same size? What are chances that the alignments would be so perfect at the equinoxes and solstices?

"If water vapour is coming from the Moon’s interior is this serious. It means that there is a drastic distinction between the different phases of the lunar interior – that the interior is quite different from what we have seen on the surface."

"Is the moon a creation of an alien intelligence?"

"I’m terribly puzzled by the rocks from the Moon and in particular of their titanium content."

Said the problem was that maria plains the size of Texas had to be covered with melted rock containing fluid titanium. He said you would not expect titanium ever to be hot enough to do that, even on Earth, and no one has ever suggested that the Moon was hotter than the Earth.

"What could distribute titanium in this way? Highly advanced technology developed and operated by entities that are immensely more technologically advance than humans."

"it would seem that the Moon is more like a hollow than a homogenous sphere’. He surmised that the data must have been wrong – but it wasn’t."

"A natural satellite cannot be a hollow object."

"The Lunar Orbiter experiments had vastly improved knowledge of the Moon’s gravitational field and indicated the frightening possibility that the Moon might be hollow."

University of Arizona Lon Hood
"We knew that the Moon’s core was small, but we didn’t know it was this small… This really does add weight to the idea that the Moon’s origin is unique, unlike any other terrestrial body."

NASA scientists
The Apollo 12 mission to the Moon in November 1969 set up seismometers and then intentionally crashed the Lunar Module causing an impact equivalent to one ton of TNT. The shockwaves built up for eight minutes, and NASA scientists said the Moon ‘rang like a bell.

"As for the meaning of it, I’d rather not make an interpretation right now, but it is as though someone had struck a bell, say, in the belfry of the a church a single blow and found that the reverberation from it continued for 30 minutes."

Ken Johnson,
Supervisor of the Data and Photo Control department during the Apollo missions

"The Moon not only rang like a bell, but the whole Moon wobbled in such a precise way that it was almost as though it had gigantic hydraulic damper struts inside it."

Moon rocks have been found to contain processed metals, including brass and mica, and the elements Uranium 236 and Neptunium 237 that have never been found to occur naturally.

"The Moon is made inside out and that its inner and outer compositions should be the other way around."

"It seems much easier to explain the nonexistence of the moon than its existence."

Tune into Red Ice Radio to hear guests’ theories on the moon:

Max Igan - Order Out of Chaos, Strip Mining the Earth & The Moon