Oct 15, 2012 By Henrik Palmgren | redice.tv
The strange and fascinating tale of Carlos Crespi Croci, Salesian monk in Ecuador, can be pieced together from many sources. It was he, before his death in 1982, who housed and protected the "Crespi Collection", various artifacts collected by local Indians from South & Central America. It was said they were discovered and retrieved from subterranean tunnels under the jungles.

The artifacts do not seem to have any "similarities to known indigenous tribes on record - either now or in recorded history. Some of the pieces look almost Babylonian in origin." Source 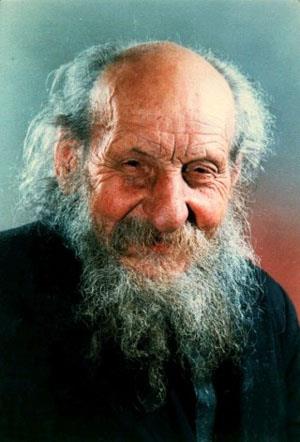 As time progressed, many of these relics were brought together and kept in the courtyard of the church Maria Auxiliadora.

Unfortunately, many of the artifacts were destroyed in a fire in 1962 or later when the church was restored. Also, many were lost or wound up with treasure hunters. After Father Crespi passed away, the remaining artifacts of the original collection were removed and made inaccessible to the public. Some may still be stored in the cellar archive of the church Maria Auxiliadora.

The age and origin of these items is still unknown today. Father Crespi never tried to classify them. The picture motifs are strange, their meaning not understood. These objects show the pictures of an unknown culture.

Were they left by unknown civilizations?

The most well known pieces are tablets made of silver, gold foil or other alloys with unknown letters and mysterious symbols. 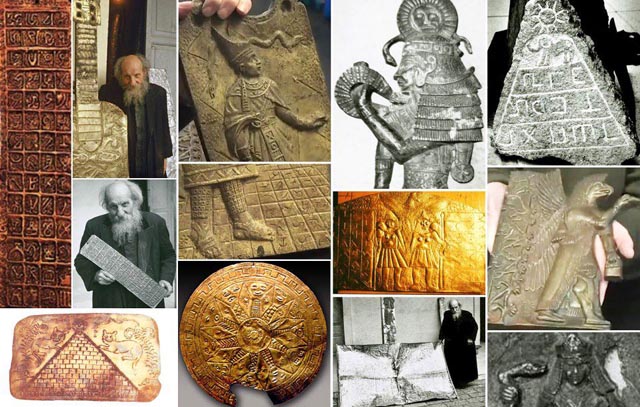 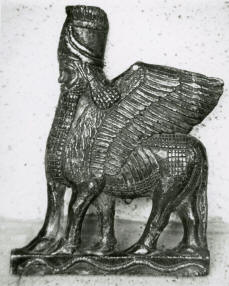 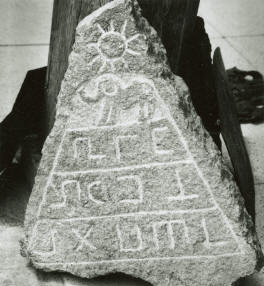 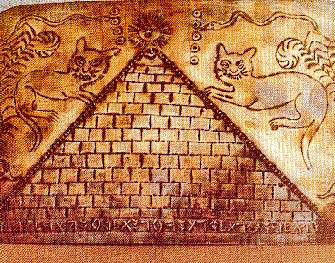 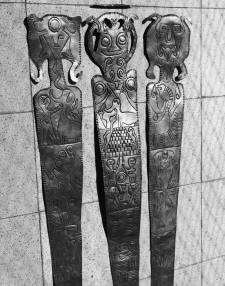 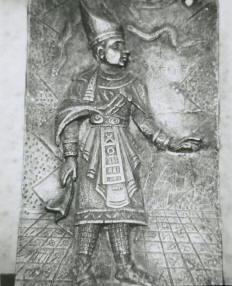 Could these pieces be artifacts from an unknown and ancient hoard? Or could they be false reproductions?

In The Gold of the Gods von Däniken wrote of being guided through artificial tunnels in a cave under Ecuador, Cueva de los Tayos, containing gold, strange statues and a library with metal tablets, which he considered to be evidence of ancient space visitors.

Däniken also wrote about a collection of gold objects held by local priest Father Crespi, who had special permission from the Vatican to make archeological research. But an archeologist reported to Der Spiegel that, while there were some good pieces, many were just local imitations for tourists, and that Crespi has difficulty distinguishing brass from gold.

With these conflicting reports and unattributed quotes, it’s difficult to come to a concrete conclusion.

The complex mystery behind the "Crespi Collection" endures.