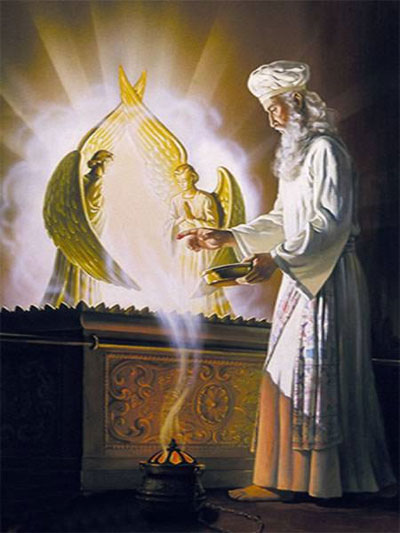 “Seek And You Will Find”

Says who? You don’t just find it because you are looking for it. Not in the case of this “Ark of the Covenant”. Here is a partial list of those who have
been looking for it for the last 2,500 years.

Who has been looking for it?

Can you say “secret societies” without blinking?

Same for the countless books that have been written about it. All come down to a 404 - not found. A lot about Ethiopia, Jordan, France, Zimbabwe, Ireland, Greek Islands - but no goods to deliver. A lot of hot air and cool cash and lecture circuits, that’s it.

This article is about the parking meter of the Ark of the Covenant running out. It has been found, but not excavated. Not yet.

This is not a monograph about the Ark, but a short and concise piece with rather fresh information you likely did not have, or cared about, before reading this. And no, references to Indiana Joneses or any other Poop Culture (sic) distractions and red herrings.

That is some Ark, you say?

What is it, and who paid for it?

Apparently, God himself told Moses on Mount Sinai to build a wooden box, cover it with gold inside and outside, add two poles to carry it and two cherubim (also made of gold) facing each other as its lid. The area etween the two cherubim and the top of the box was called “The Mercy Seat” for some good reason, though nobody is reported to have sat there.

Not exactly exciting, unless you get the point that this is only a container
for something special.

Who had it first?

Moses did. When he wandered through the desert for 40 years, he and his
people followed the Ark to wherever it led them. By day, it emitted a vertical cloud vortex, by night it was a light column. When they camped, it was kept in a special tent called the Tabernacle. The interesting question here is not the Ark as a gold-plated box – but what it contained.

What was it good/bad for?

What it contained was, in a nutshell, the power supply of the Great
Pyramid, originally housed in the granite “sarcophagus” (nobody buried in
it) inside the “King’s Chamber”. Since God gave Moses the exact dimensions, and we know the inside and outside dimensions of the granite sarcophagus, which is still in Egypt today, earning hard cash for the tourism industry, we know there is a perfect fit here. They could never steal the sarcophagus as it won’t fit through the door – the chamber housing the “sarcophagus” was built around it.

Moses was of course initiated into the Egyptian inner circle.

The Ark is also called the Tetragrammaton. The device through which one could communicate with God - or God with one. For a good hypothesis dealing with this Tetragrammaton, you need to get in touch with Nassim Haramein, who has some good points to make about it. Plenty of videos out there. The Ark parted the waters of the Jordan River and the Red Sea, don’t ask how, and gave the Israelites quite an edge in warfare. They carried it around the walls of Jericho once a day for a week, sounding seven ram’s horns, and the walls just gave up and crumbled. Some Ark, you say. You bet, because the Philistines captured it from the Hebrews, but gave it back shortly thereafter, citing some sort of problem with it: hemmorrhoids, and a plague of mice.

Eventually, it was placed in Jerusalem inside the Holy of Holies, in the center of King Solomon’s temple, back then the largest one on earth. Today, this same place is called The Dome of the Rock. One had to be
prepared to get near the Ark, or face death. Cloud emissions are associated with the Ark, filling the temple when the priests came out of the chamber where it stood.

One smoking iPhone of God. In this case, engraved with the letters “EL”.

What happened to it?

In 586 BC, the Babylonians (Assyrians) under Nebuchadnezzar laid siege
to Jerusalem and eventually sacked the place. There is no record that they found and took with them the Ark of the Covenant. In fact, the Second Temple (2.0) had an empty Holy of Holies. Few people likely knew that it was so, but … I digress.

The Ark was never found again, and the references in the Bible and the
Quran stop here.

The Templars actually started out as a low-paid digging crew. That is what they did for the first ten years, before getting into crusades and banking. Where did they dig? In Jerusalem, under Solomon’s Temple. What were they looking for? Exactly.

There is a rather interesting book that says that ancient writing on a recently excavated wall has been deciphered. The translated text says where the Ark is buried, who did it, and why.

Best of all, it says that the Ark is buried inside the wall itself, under tons
of sand. 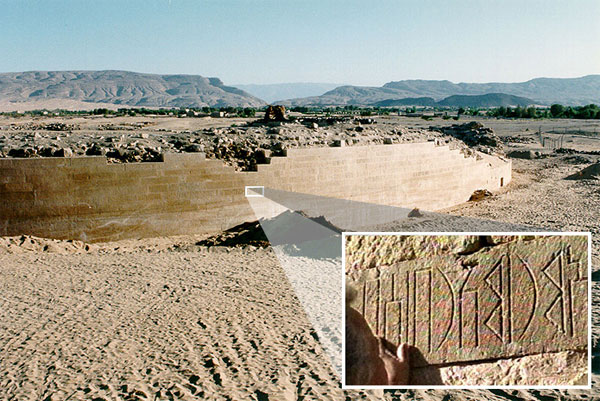 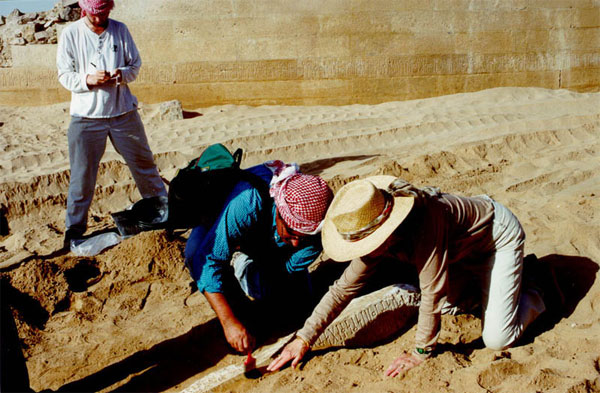 The row of text on the wall is at the height of the standing person’s elbows. Zoom in. 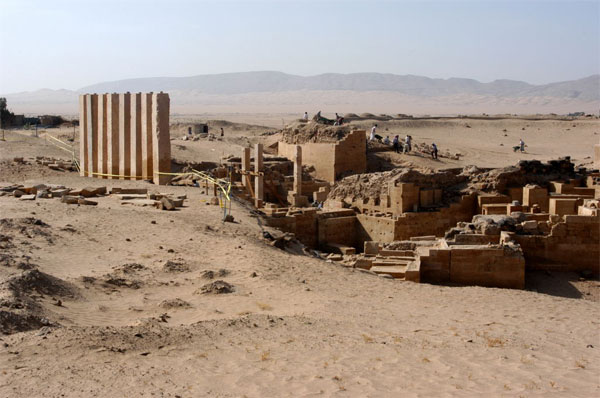 The huge circular wall in the background, behind the partly excavated palace with pillars 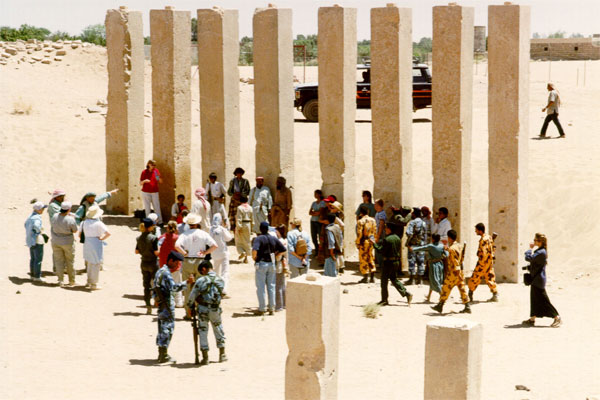 The eight pillars of the palace before recent excavations 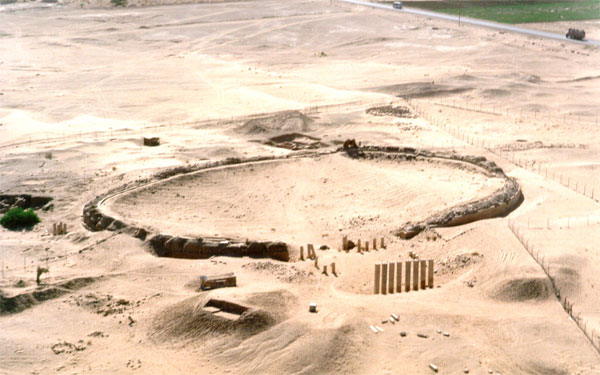 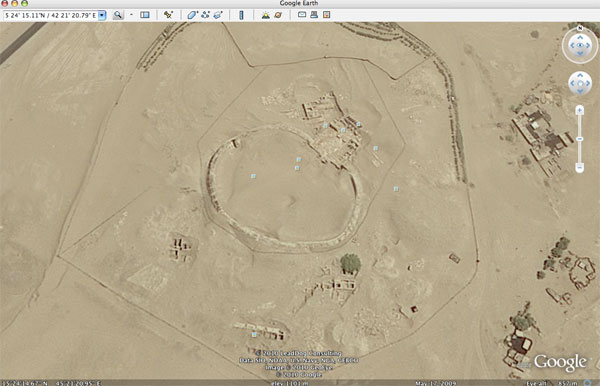 The Ark of the Covenant of God is buried in the circle, say the new old texts.

What does this have to do with … whatever?

Good question. If it were not for the fact that our dear secret societies have been looking for the Ark of the Covenant for over 2,000 years, unsuccessfully one must add, then this could be dismissed as just another bit of speculation that can be found on the web in these most interesting times.

This place in Yemen is now protected by at least six SAM surface-to-air missile launchers. And there has been found “something” under the sands inside the wall with the help of ground-penetrating radar. 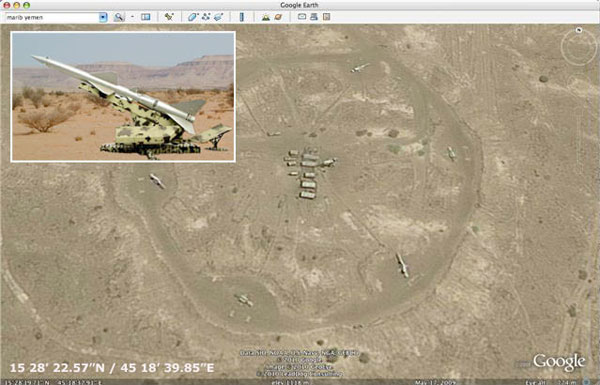 You can actually download a simple computer program which translates
the so-called “proto-Caananite” on the wall into ancient Hebrew, and from there into English. It is open-source now, no need to trust any scientist-priest with this. 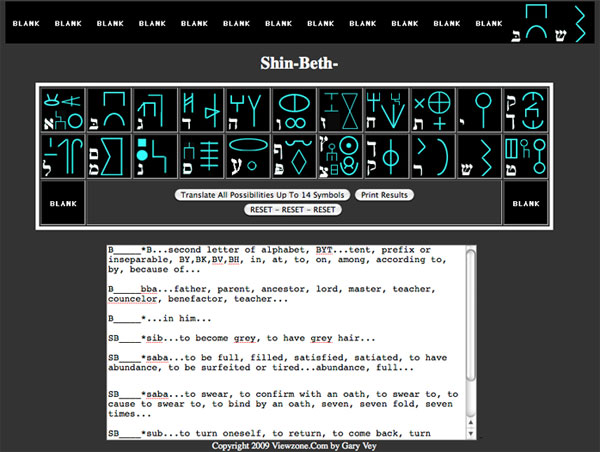 I find it indescribably hilarious that none of the heavyweight lodges, secret and not-so-secret societies, or even the awesome Dimluminati, have been able to do better than one independent, low-budget web magazine editor and his fellow researchers.

That alone gives a lot of hope. Particularly when you are not a member of
any of them.

Read this story for yourself here: http://www.viewzone.com/never/never.html