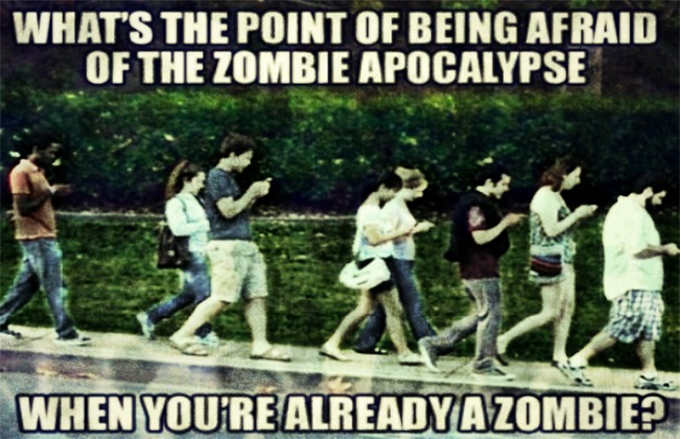 Used to be, stats on how much television the average person watches in a given day were pretty horrifying. Hours of people’s lives, gobbled up in front of the never ending stream of propaganda on the “boob tube”…

But these days we have computers! And tablets! And smart phones! (Oh my…)

Now a study by led by Nottingham Trent University has found that the average person is checking their smart phone a whopping 85 times a day. And many of them don’t even realize how often they are doing it. People get up in the morning and check it first thing, and it is the last thing they look at before they close their eyes to go to sleep at night.

Average time spent on the phone now is five hours.

Can you believe we live in a world where the average person spends five hours a day on the phone?

A study has discovered that the average person checks their device 85 times a day, spending a total of five hours browsing the web and using apps.

This equates to around a third of the time a person is awake, and is twice as often as many people even realise.

To measure this usage, an app was installed on their smartphones which recorded their usage over a two-week period. This included activities such as checking the time, looking at message notifications or social media alerts, phone calls and playing music.

The work, published in the journal Plos One, found people were accessing their phones twice as often as they thought.

The study was confined to 18-to-33 year olds, but still. Can you imagine what reality is going to look like in another decade or two?