The Socialist-Capitalist Alliance: the Fabian Society, the Frankfurt School, and Big Business: Part One

Jun 24, 2014 Source: eurocanadian.ca
Most people with a critical interest in the Western policies and practices of multiculturalism and mass-immigration have probably heard of cultural Marxism. This 20th century strain of Marxism produced by the Frankfurt School a.k.a. the Institute for Social Research in Germany, and later in New York where it was affiliated with Columbia University, is responsible for Critical Theory, PC, repressive tolerance, "diversity is our strength," and other insidious tactics and strategies that are gradually stripping away the cultural traditions, ethnic identity, national sovereignty, and historical memory of the European peoples. 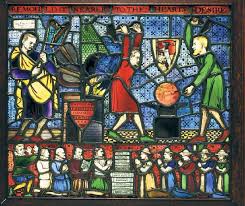 But do most people know the link of cultural Marxism, in particular its strategy of the “long march through the institutions”, to another socialist society famed for its “gradualism” and its connection to the British Labour Party? This society is called the Fabian Society and heavily influenced, indeed was a precursor to, the creation of the Frankfurt School.

There are many shared aspects between the Fabian Society and the Frankfurt School:

- Both claim to promote socialism, the counter-ideology of capitalism

- Both promote the radical transformation of Western civilization through Socialist utopianism

- Both reject revolutionary Marxism and instead use and advocate “gradualism”, a step-by-step long-term plan to change the character of the West through stealth and infiltration

Part I: The History and Intentions of the Fabian Society and its Link to Big Business

The British East India Company (BEIC), founded in 1600, made many of its shareholders (many of whom were masons) very wealthy. By the time of its end in 1873, several shareholders were major financiers and had a kind of pre-Fabian elitist philosophy, which eventually played a key role in the establishment of the Fabian Society. For example, John Stuart Mill was the secretary of BEIC (1856-1873) and was named by his father after John Stuart, the head of the BEIC. He was close friends with Richard Potter, the father of a core Fabian Society member, Beatrice Webb, and heavily influenced the Fabian philosophy with his well-known work, Principles of Political Economy (1848).

On October 24th 1883, seventeen wealthy socialists, including members of the Society for Psychical Research (1882), met to discuss the creation of a British socialist organisation, The Fellowship of the New Life, which was based on the monastic ideas of the Scottish intellectual, Thomas Davidson. This organisation was dedicated to the “cultivation of a perfect character in each and all” and sought to slowly and progressively transform society through individual example, advocating such ideas as pure intelligence, simple living, pacifism, and vegetarianism. On November 7th of the same year, members of the Fellowship outlined their ultimate goal: “the reconstruction of society in accordance with the highest moral possibilities”. However, some members wanted to be more politically involved to aid in this socialist transformation, and so in January 1884 it was decided that a separate society would be founded that actively promoted the project of collectivism. This society was named the Fabian Society.

Even though they were not overtly Marxist in their style of socialism, as they were also influenced by Spiritual, Scientific and Utopian Socialists and thinkers such as Plato, Auguste Comte, Charles Darwin, J.S. Mill, Robert Owen, Henry George, and, in particular, John Ruskin, they were still influenced by (and utilised) the revolutionary socialist works of Engels and Marx and had the same ultimate objectives. A major distinction between Marxist socialism and Fabian socialism is in their strategy to change society. Long before the proletariat revolution (prescribed by Marx) failed, as signified by the failure of the working classes to unite in the face of World War I (the Frankfurt School raison d’être), the Fabians had already rejected the method of violent revolution by means of proletarian force and instead advocated gradual, stealthy, non-violent and reformist means, such as state intervention and control over the conditions of labour, to create a new world based on socialism.