The Switch That Won Team Sky the Tour de France

Geraint Thomas was supposed to support four-time defending champion Chris Froome. But Thomas proved he was the stronger rider and kept the yellow jersey.

Team Sky spends all year honing every possible detail to win the Tour de France, the race that is practically its raison d’être.

No detail is too small. Sky famously studies hotels along the route to know which ones have air conditioning and which ones don’t. It prepares custom bedsheets for the riders. It invests millions in sports science.

So it took the peloton by surprise halfway through this summer’s Tour when, all of a sudden, the team that leaves no detail to chance didn’t even seem to know who its strongest rider was.

The expectation had always been that it would be Chris Froome, the four-time Tour champion coming off a stunning, if physically taxing victory in the Giro d’Italia. At least, it was until the Tour reached the Alps. That’s when his teammate, a 32-year-old support rider from Wales named Geraint Thomas took over the leader’s yellow jersey. 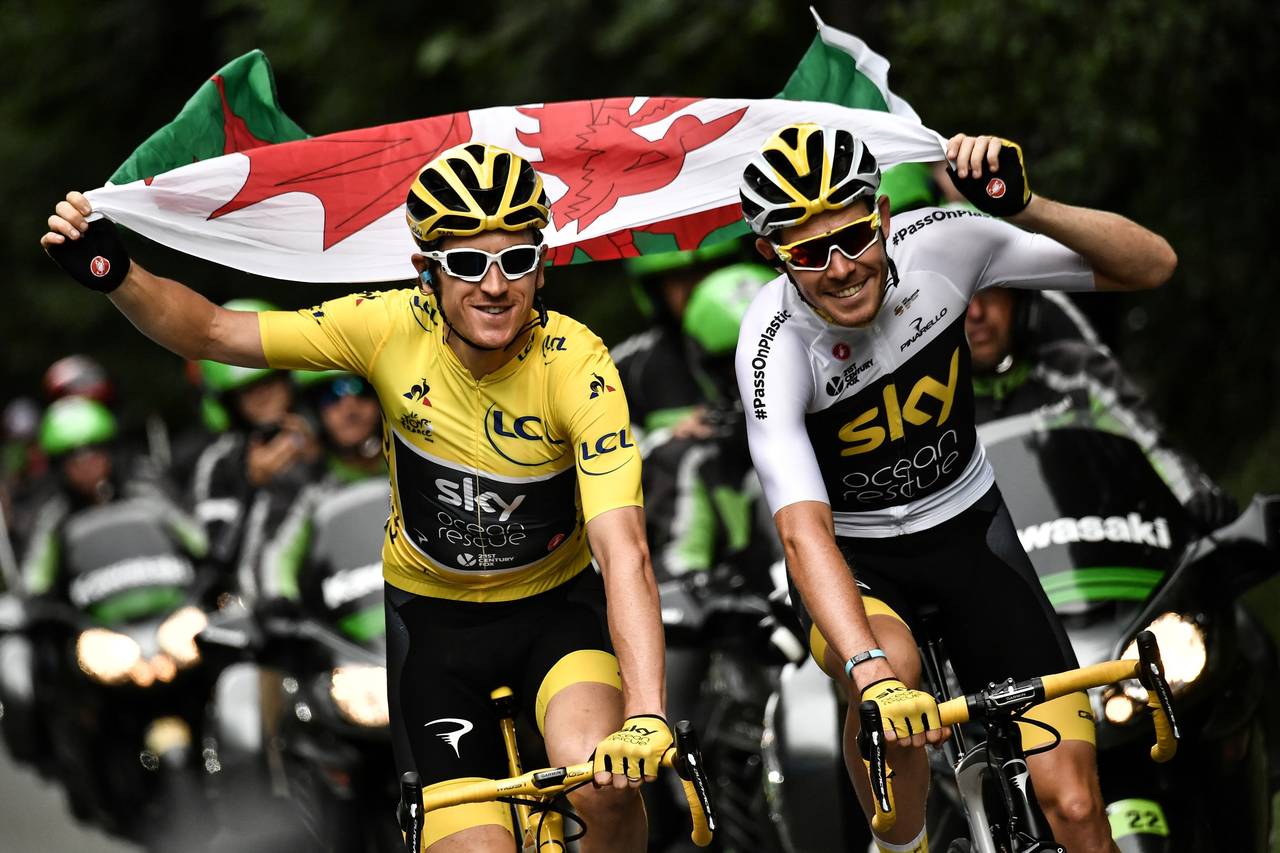 Froome, the most accomplished stage racer of his generation, became a deluxe domestique. And Thomas, who had never won a Grand Tour, morphed into the Sky leader, all the way to victory on the Champs-Elysées on Sunday.

“It’s incredible just to be sat here with this jersey. Insane,” Thomas said ahead of Sunday’s ceremonial stage into Paris. “A big thanks to Froomey…I appreciate having the best stage rider ever riding for me.”

To understand how momentous Team Sky’s internal reordering was, it’s important to understand how cycling teams structure themselves for a race like the Tour. Any squad with real hopes of taking the yellow jersey organizes itself around a leader, with the other seven riders devoted to shielding and pacing him so that he is as fresh as possible when the time comes for a decisive attack.

For the past five years at Sky, that had always been Froome, ever since he took over from 2012 Tour de France champion Bradley Wiggins. He became so dominant that he set his sights on winning a complete set of Grand Tours, a feat he managed over the past 12 months. But his attempt to win the Giro d’Italia and the Tour de France five weeks later proved too much for him here.

Suddenly, Froome was the Super Bowl winning quarterback holding a clipboard for his backup. And the backup, the affable former track specialist who spends his free time watching rugby, was left to pull off one of the most ostentatious Tour victories in recent memory. 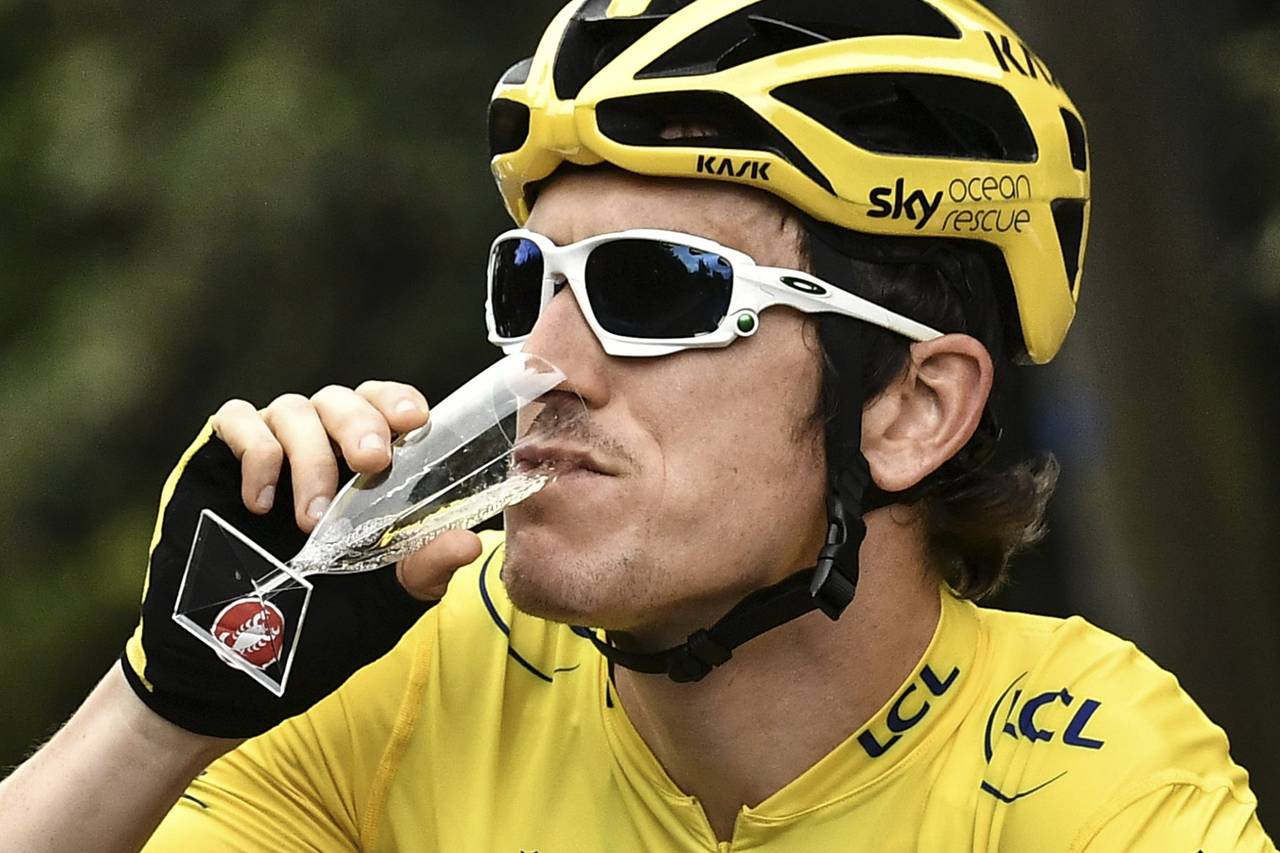 Thomas’s flawless race, from start to finish, saw him become the first man in 25 years to notch back-to-back stage wins in the Alps. Though he was unproven in the third week of a Grand Tour, he somehow had the legs to sprint for the line in the Pyrenees. And he even had a shot at winning Saturday’s final time trial until Portal told him to cool it toward the end and not take so many risks in the corners.

Which wasn’t bad for a widely underestimated 32-year-old with a reputation for crashing in crucial moments.

“He was in the shape of his life,” said Team Sunweb’s Tom Dumoulin, who finished second, 1 minute and 51 seconds behind Thomas. “He didn’t make any mistakes. He was never put into trouble by anyone in the mountains or on any stage.”

Froome had to settle for the third step on the podium. But even though he called it a “dream” to finish third while supporting Thomas, it was clear that Froome had not had a fun Tour de France.

He was only cleared to race it in the week before the start, following a nine-month investigation into his abnormally high levels of an asthma drug at last fall’s Vuelta a Espana. Then, once he showed up, he was booed mercilessly by fans on the French roadside. One even tried to take a swing at him on the Alpe d’Huez.

The headache now for the rest of pro cycling is that Sky’s assembly line has somehow produced another champion. The team has now won six of the past seven Tours with three different riders.

“It’s not too hard when you have a team like this one,” Portal said. “The hardest thing is not to crack under pressure.” 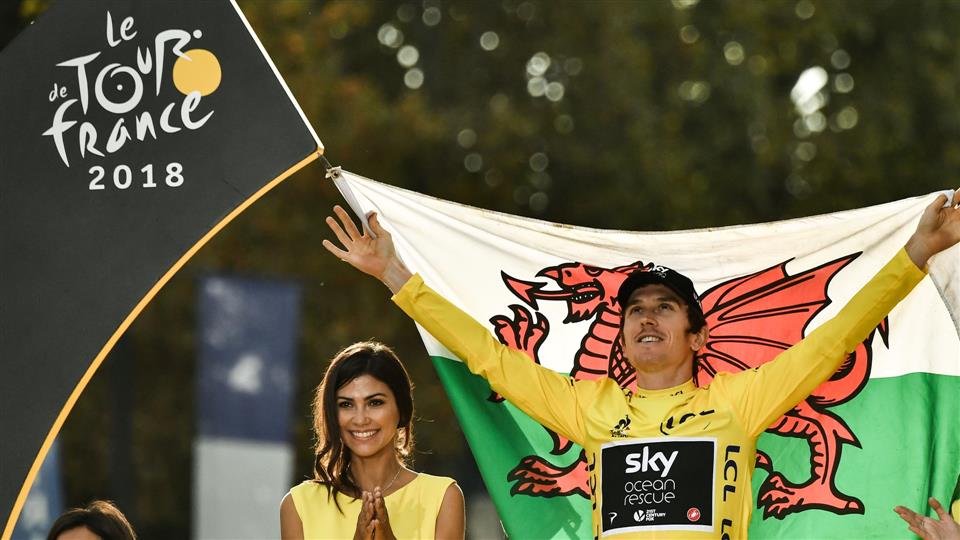 What this means for Sky’s internal dynamics is a conundrum the team will have to solve before next summer. It would be unfair to say that Froome’s time at the top is over, because Froome is still Froome, the winner of six Grand Tours who happened to arrive in France exhausted and distracted. But Thomas has also proven he has the class to take on anyone, especially with the Sky machine thrumming behind him.

“That’s the strength of our team: we have really only one goal,” Sky mountain domestique Wout Poels said. “But you need a lineup of very, very strong riders to make a plan like that work. You go all in.”