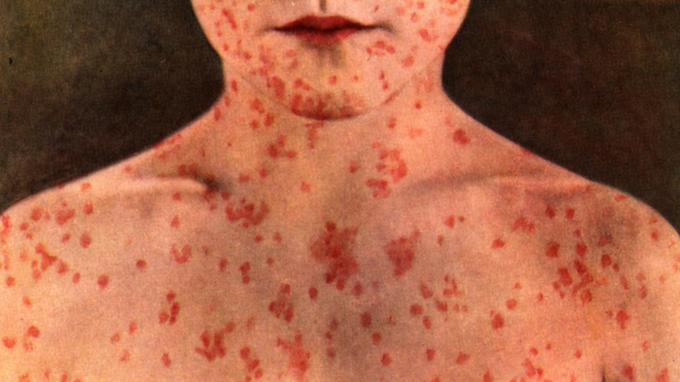 20 years ago, the MMR vaccine was found to infect virtually all of its recipients with measles. The manufacturer Merck's own product warning links MMR to a potentially fatal form of brain inflammation caused by measles. Why is this evidence not being reported?

The phenomenon of measles infection spread by MMR (live measles-mumps-rubella vaccine) has been known for decades. In fact, 20 years ago, scientists working at the CDC's National Center for Infectious Diseases, funded by the WHO and the National Vaccine Program, discovered something truly disturbing about the MMR vaccine: it leads to detectable measles infection in the vast majority of those who receive it.

Published in 1995 in the Journal of Clinical Microbiology and titled, "Detection of Measles Virus RNA in Urine Specimens from Vaccine Recipients," researchers analyzed urine samples from newly MMR vaccinated 15-month-old children and young adults and reported their eye-opening results as following:

- Measles virus RNA was detected in 10 of 12 children during the 2-week sampling period.

- In some cases, measles virus RNA was detected as early as 1 day or as late as 14 days after the children were vaccinated.

- Measles virus RNA was also detected in the urine samples from all four of the young adults between 1 and 13 days after vaccination.

The authors of this study used a relatively new technology at that time, namely, reverse transcriptase polymerase chain reaction (RT-PCR), which they believed could help resolve growing challenges associated with measles detection in the shifting post-mass immunization epidemiological and clinical landscape. These challenges include:

- A changing clinical presentation towards 'milder' or asymptomatic measles in previously vaccinated individuals.

- A changing epidemiological distribution of measles (a shift toward children younger than 15 months, teenagers, and young adults)

- Increasing difficulty distinguishing measles-like symptoms (exanthema) caused by a range of other pathogens from those caused by measles virus.

- An increase in sporadic measles outbreaks in previously vaccinated individuals.

Twenty years later, PCR testing is widely acknowledged as highly sensitive and specific, and the only efficient way to distinguish vaccine-strain and wild-type measles infection, as their clinical presentation are indistinguishable.

Did the CDC Use PCR Testing On The Disneyland Measles Cases?

The latest measles outbreak at Disney is a perfect example of where PCR testing could be used to ascertain the true origins of the outbreak. The a priori assumption that the non-vaccinated are carriers and transmitters of a disease the vaccinated are immune to has not been scientifically validated. Since vaccine strain measles has almost entirely supplanted wild-type, communally acquired measles, it is statistically unlikely that PCR tests will reveal the media's hysterical storyline -- "non-vaxxers brought back an eradicated disease!" -- to be true. Until such studies are performed and exposed, we will never know for certain.

Laura Hayes, of Age of Autism, recently addressed this key question in her insightful article "Disney, Measles, and the Fantasyland of Vaccine Perfection":

"Has there been any laboratory confirmation of even one case of the supposed measles related to Disneyland? If yes, was the confirmed case tested to determine whether it was wild-type measles or vaccine-strain measles? If not, why not? These are important questions to ask. Is it measles or not? If yes, what kind, because if it's vaccine-strain measles, then that means it is the vaccinated who are contagious and spreading measles resulting in what the media likes to label "outbreaks" to create panic (a panic more appropriately triggered by our 25 year history of epidemic autism).

Additional Evidence That the Vaccinated Are Not Immune, Spread Disease

- In 2010, Eurosurveillance published a report about excretion of vaccine strain measles virus in urine and pharyngeal secretions of a Croatian child with vaccine-associated rash illness.[1] A healthy 14-month old child was given MMR vaccine and eight days later developed macular rash and fever. Lab testing of throat and urine samples between two and four weeks after vaccination tested positive for vaccine strain measles virus. Authors of the report pointed out that when children experience a fever and rash after MMR vaccination, only molecular lab testing can determine whether the symptoms are due to vaccine strain measles virus infection. They stated: "According to WHO guidelines for measles and rubella elimination, routine discrimination between aetiologies of febrile rash disease is done by virus detection. However, in a patient recently MMR-vaccinated, only molecular techniques can differentiate between wild type measles or rubella infection or vaccine-associated disease. This case report demonstrates that excretion of Schwartz measles virus occurs in vaccinees."

- In 2012, Pediatric Child Health published a report describing a healthy 15-month old child in Canada, who developed irritability, fever, cough, conjunctivitis and rash within seven days of an MMR shot.[2] Blood, urine and throat swab tests were positive for vaccine strain measles virus infection 12 days after vaccination. Addressing the potential for measles vaccine strain virus transmission to others, the authors stated, "While the attenuated virus can be detected in clinical specimens following immunization, it is understood that administration of the MMR vaccine to immunocompetent individuals does not carry the risk of secondary transmission to susceptible hosts.

- In 2013, Eurosurveillance published a report of vaccine strain measles occurring weeks after MMR vaccination in Canada. Authors stated, "We describe a case of measlesmumps-rubella (MMR) vaccine-associated measles illness that was positive by both PCR and IgM, five weeks after administration of the MMR vaccine." The case involved a two-year-old child, who developed runny nose, fever, cough, macular rash and conjunctivitis after vaccination and tested positive for vaccine strain measles virus infection in throat swab and blood tests.[3] Canadian health officials authoring the report raised the question of whether there are unidentified cases of vaccine strain measles infections and the need to know more about how long measles vaccine strain shedding lasts. They concluded that the case they reported "likely represents the existence of additional, but unidentified, exceptions to the typical timeframe for measles vaccine virus shedding and illness." They added that "further investigation is needed on the upper limit of measles vaccine virus shedding based on increased sensitivity of the RT-PCR-based detection technologies and immunological factors associated with vaccine-associated measles illness and virus shedding."