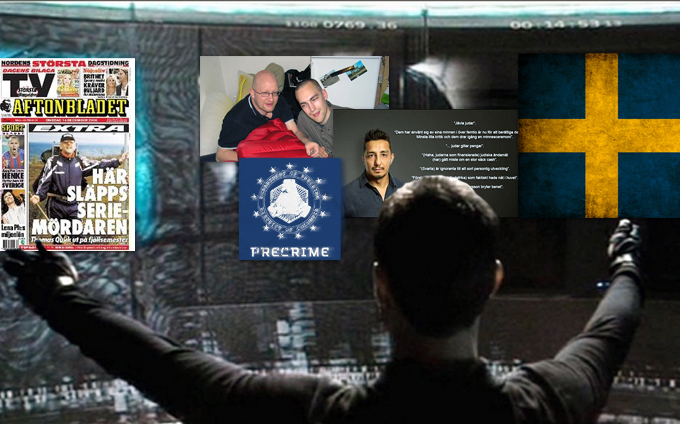 Tabloid newspaper Aftonbladet has purchased a list of illegally obtained home addresses, social security numbers, and e-mail addresses of 40,000 Swedes who had in the past commented anonymously on the online-forum Flashback. The tabloid has now begun exposing and publicly shaming those who they deem to have made inappropriate and hateful comments.

Flashback is Sweden’s largest online-forum and hundreds of thousands go there to discuss everything ranging from sexual fantasies to politics and I think it is safe to say that it is the only Swedish forum for absolute freedom of speech because individuals are able to speak their minds anonymously without fears of repercussions but that sometimes entails comments which are anti-semitic, racist, or hateful.

Normally such a phenomenon would be impossible due to Sweden’s restrictive laws against hate speech which can lead you to getting charged for something as trivial as having a controversial Skype profile picture so Flashback have placed their servers in the U.S.A. to avoid legal repercussions. To certain extremists such a phenomenon is problematic because people air thoughts and feelings that they don’t agree with.

Researchgruppen (The Research Group) fit the category of extremists nicely for they consist of criminally charged left-wingers who have taken it upon themselves to police the internet and register those who host opinions differing from their own. These self-proclaimed thought police have decided to go even further and create databases containing lists of people who have expressed the “wrong opinions” online. They have no qualms about using methods such as hacking and the group itself has connections to other left-wing organisations such as AFA (Anti-Fascist Action) and Expo. 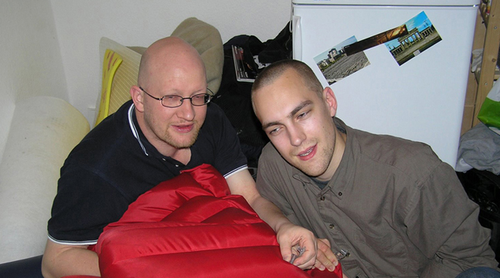 What the Research Group specifically does is filter out comments that they deem inappropriate. They then register the usernames and go on to obtain the e-mails linked to those user names via questionable means such as hacking. Once that is complete they link the e-mails to national identification numbers which grants them full access to names, home addresses, and tax records of private citizens. They also cross-reference the national identification numbers with another database to obtain criminal records.

In short they map tens of thousands of private citizens and create lists containing sensitive information about these citizens which they then sell to the media who can do whatever they please with the information.

Expressen was the first Swedish tabloid to utilize the services of the Research Group and subsequently acted as both judge, jury and executioner whilst the accused had no real chance to defend themselves. In a consensus-driven country this has disastrous consequences because you become ostracised and pariah. Nobody wishes to associate themself with an individual who has expressed opinions that are deemed incorrect by the establishment.

One victim of these witch hunts was Mattias Philipson, formerly a Sweden Democrat politician from Båstad who subsequently lost his livelihood, was robbed and last week decided to take his own life, leaving a young daughter behind.

“He wasn’t a racist, but felt hated. He wasn’t left alone. He was hunted.” – according to a close friend

Another case of media abuse, albeit unrelated to Researchgruppen, is that of Gulvi, a 71-year old pensioner who had worked voluntarily with the Red Cross for 9 years. One day a 23-year old Iraqi-Kurdish immigrant named Daban Ibrahim stepped into the store and proceeds to aggressively interrogate her regarding how she thinks youth unemployment should be solved and how to best help people. Gulvi responds that she thinks people should be helped on the spot and that in Sweden, Swedish kids should be helped firsthand.

He used a hidden camera to record her response and then proceeds to posts it on Facebook:

“managed to film a woman who works for the Red Cross in Falun, look how evil and shameless, heartlessly disgusting she has expressed herself”

Gulvi simply didn’t understand that she would be branded a racist if she didn’t believe that the entire worlds population could come to Sweden and be financially supported for life by the Swedish people. She died a couple of months later.

Despite the aforementioned, Aftonbladet decided to purchase a database containing 40,000 Swedes who had posted anonymously on Flashback. The publisher, Jan Helin, defended this serious lapse of moral judgement to himself and hiss readers by explaining that he is attempting to “start a conversation about the limits of freedom of speech”. This is something which I believe at best is an attempt at soothing his own guilty conscience and at worst a lie.

Most of Swedens newspapers are slowly sliding into bankruptcy thanks to the internet and the publics distrust and subsequent boycotting of them. Many survive solely on government subsidies so even when citizens actively choose to not purchase something they are forced to pay for it anyway. Aftonbladet get most of its revenue from digital advertising and Mr. Helin knows full-well that his revelations will be the most clicked news of the day, thereby generating lots of revenue.

In the past three days Aftonbladet have commenced publishing names, the professions and quotes that users from Flashback made anonymously several years ago. Thus far a lawyer working for the Sweden Democrats delegation in Brussels and a retired local politician for the Green Party have been exposed to the public. The lawyer was quickly fired for anti-semitic remarks he made about his criminology professor on Flashback some 7 years ago.

The newspaper has a cemented anti-SD profile and claim they will only expose public figures but this makes me wonder, how public is a political parties legal counsel?

I digress, a number of other individuals who are clearly not public figures have also been interviewed but their names and faces have been pixelated but how do they know that they can trust that journalists at Aftonbladet, and the extremists at the Research Group will stay quiet about their identities, secrets and hateful comments?

Ironically both Aftonbladet and Expressen gave their utmost support to Charlie Hebdo in Paris by reprinting some of the cartoons and writing several heartfelt articles about the need for freedom of speech… whilst simultaneously using methods I very much doubt the murdered satirists would condone.