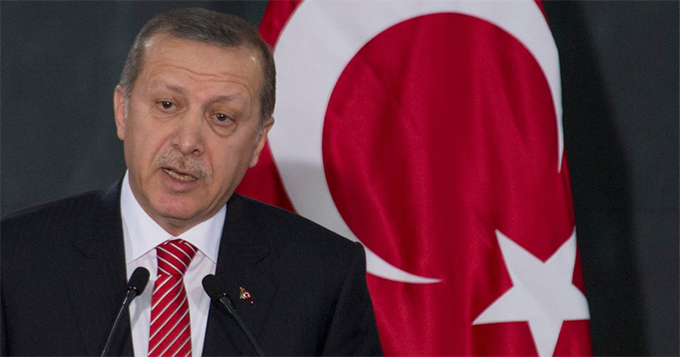 “The fact that terrorists are going to Europe is part of Turkish policy,” said King Abdullah. “Turkey keeps on getting a slap on the hand, but they are let off the hook.”

Abdullah said Turkish President Recep Tayyip Erdogan believes in a “radical Islamic solution to the region” and undermined “moderate elements” fighting to overthrow the government of Bashar al-Assad in Syria.

He also said Erdogan is supporting Salafist militants in Libya and Somalia.

Abdullah made his remarks during a debriefing with Congress on January 11 following the cancellation of a meeting with Obama, according to Middle East Eye, an online news portal edited by the former chief foreign leader writer for the British daily The Guardian.

The chairmen and members of the Senate Intelligence, Foreign Relations and Armed Services committees, including Senators John McCain and Bob Corker, and Senators Mitch McConnell and Harry Reid were present at the meeting.

Turkey, a key US ally, is not alone in assisting the Islamic State and other Salafist radicals in the Middle East.

The article highlighted cooperation between Turkey, Saudi Arabia, Qatar and the CIA and MI6 in arming Jabhat al-Nusra and subsequently the Islamic State.

The CIA established front companies and worked with former US soldiers to transport the weapons, according to Hersh.