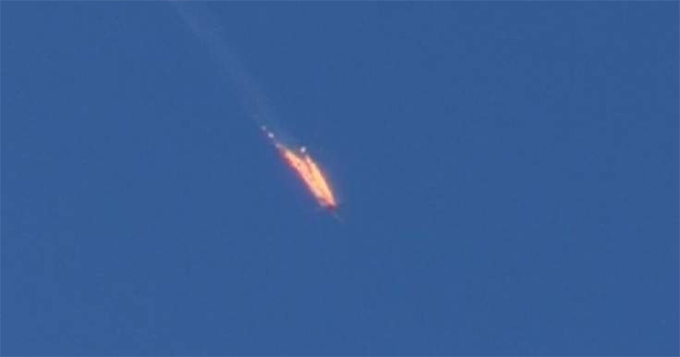 A Russian jet has been shot down after allegedly violating Turkish airspace near the Syrian border.

The pilot was warned 10 times before being shot down by two Turkish F16 jets, according to the country’s military.

An official said two planes approached the Turkish border and were warned before one of them containing two pilots was shot down, adding their information shows Turkish airspace was repeatedly violated.

It is the first time a NATO member’s armed forces have shot down a Russian or Soviet military aircraft since the 1950s.