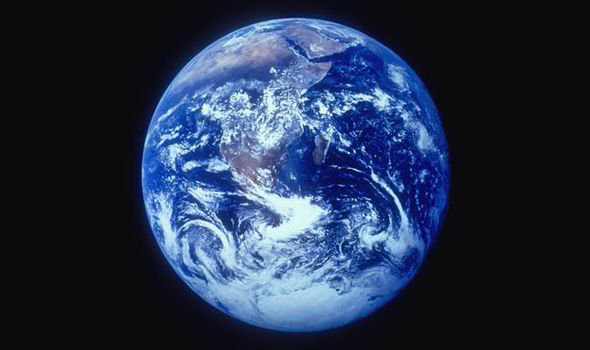 A scientific study has revealed an enormous reservoir with three times the volume of all the oceans combined in Earth’s mantle. The discovery could shed light on the origin of the planet’s oceans and seas.

Scientists have long pondered where Earth’s seas and oceans originated. Some geologists believe water was brought here on the back of comets that struck the planet millions of years ago, but this new discovery gives credence to an altogether different theory.

"It’s good evidence the Earth’s water came from within," Steven Jacobsen of Northwestern University in Evanston, Illinois, who co-authored the study in Science journal, told the New Scientist. “I think we are finally seeing evidence for a whole-Earth water cycle, which may help explain the vast amount of liquid water on the surface of our habitable planet.”

The research appears to back up the idea that Earth’s oceans gradually oozed out from the planet’s interior.

“We should be grateful for this deep reservoir,” said Jacobsen. “If it wasn’t there, it would be on the surface of the Earth, and mountain tops would be the only land poking out.”

The study revealed the water itself is actually hidden away 700km under the surface in a rock known as ringwoodite. The substance lies in the mantle – a layer of hot rock that separates the Earth’s surface from its core.

Jacobson suggests that this layer might act like a buffer for the world’s oceans and may explain why they have stayed the same size for millions of years.

To find Earth’s inner ocean, Jacobson and his team used 2,000 seismometers to measure the seismic waves produced by over 500 earthquakes.