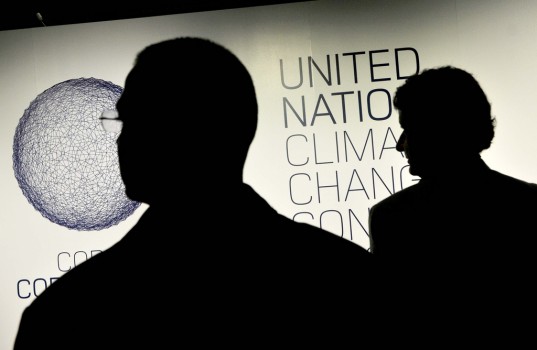 A new study published by the Center for the Study of Carbon Dioxide and Global Change has concluded that the impact of Global Warming on Earths natural resources is much less than predicted and is in fact responsible for improving plant growth and development.

The study argues that the United Nations has lied to the public about claims that current temperature levels and changing precipitation patterns are beginning to stress Earth’s natural and agro-ecosystems by reducing plant growth and development.

The study also argues that the United Nations has misled the public with its claims that the world needs to drastically reduce the ongoing rise in the air’s CO2 content because crops will fail, food shortages will become commonplace, and many species of plants (and the animals that depend on them for food) will be driven to extinction.

Specific findings from the study that examined hundreds of scientific studies on the subject include:

- The productivity of the planet’s terrestrial biosphere, on the whole, has been increasing with time, revealing a great greening of the Earth that extends throughout the entire globe.

- There is no empirical evidence to support the model-based claim that future carbon uptake by plants will diminish on a global scale due to rising temperatures. In fact, just the opposite situation has been observed in the real world.

- The observed global greening has occurred in spite of all the many real and imagined assaults on Earth’s vegetation that have occurred over the past several decades, including wildfires, disease, pest outbreaks, deforestation, and climatic changes in temperature and precipitation, more than compensating for any of the negative effects these phenomena may have had on the global biosphere.

- There is compelling evidence that the atmosphere’s rising CO2 content – which alarmists consider to be the chief culprit behind all of their concerns about the future of the biosphere is most likely the primary cause of the observed greening trends.

- In the future, Earth’s plants should be able to successfully adjust their physiology to accommodate a warming of the magnitude and rate-of-rise that is typically predicted by climate models to accompany the projected future increase in the air’s CO2 content.

Read the full article at: theglobalistreport.com