US to ’simulate’ technically impossible attack by Iran 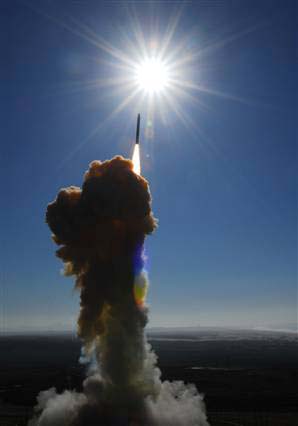 In order to test its missile defense technology, the United States intends to defend against a simulated attack that, according to reports on Iran’s military capabilities, is not technically possible.

Most prior tests of U.S. missile defense systems have been geared toward defending against a volley from North Korea.
Sometime in January a simulated missile will be launched from the Marshall Islands, aimed at California, but Vandenberg Air Force Base is expected to intercept it.

“Missile defense tests have been likened to hitting a bullet with a bullet,” CNN reported. “This test will be even more difficult: It will be like hitting a bullet head-on with another bullet, because any launch from Iran would have a trajectory that would require a U.S. interceptor missile hitting the target directly, [a defense official] said.”

Word of the test comes days after Iran tested its Sajjil-2 rocket, which can reportedly travel about 1,200 miles. As Iran’s most advanced ICBM, it could reach as far as Israel or southeastern Europe.

It cannot reach the United States.

Were Iran to launch its imaginary missile at the United States, a CNN source said that a U.S. interceptor would likely be fired from Fort Greely, Alaska. It is the only site other than Vandenburg that houses the missile defense technology.

The U.S. House of Representatives voted Tuesday to allow President Obama the power to levy sanctions against Iran.

-In the January test, fake ICBM will be launched from the Marshall Islands

-Interceptor missile will be launched from California, agency spokesman says