"Very right wing" people are happiest with their sex lives

People who describe themselves as “very right wing” are the most likely to be satisfied with their sex lives, according to a survey carried out across five European countries by the polling company YouGov.

The survey of more than 19,000 people in the UK, Germany, France, Denmark and Sweden, shared exclusively with BuzzFeed News, found in most countries sexual satisfaction increased the further right you went along the political spectrum.

In the UK, people with left wing politics were least likely to describe their sex lives as satisfying (with 66% of people saying they were), versus 73% for those saying they were “very right wing”. 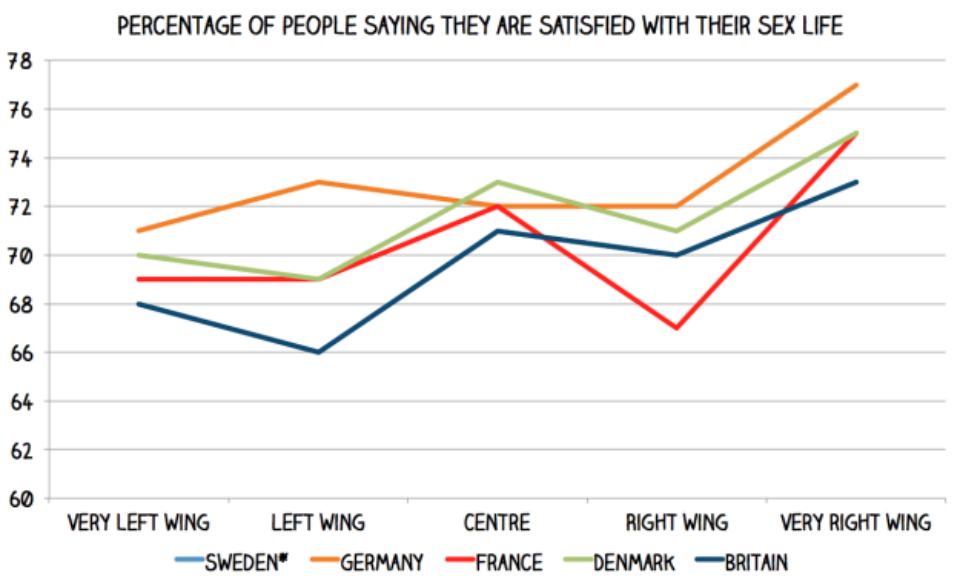 In all five countries in the survey, it was the people with very right wing politics who were most likely to be pleased with their sex life, though in every country except Germany, people on the centre-right were less likely to be satisfied than centrists.

The study also showed than in Britain at least, people with right wing and very right wing politics were markedly happier overall than their left wing counterparts – but this trend did not replicate across Europe. 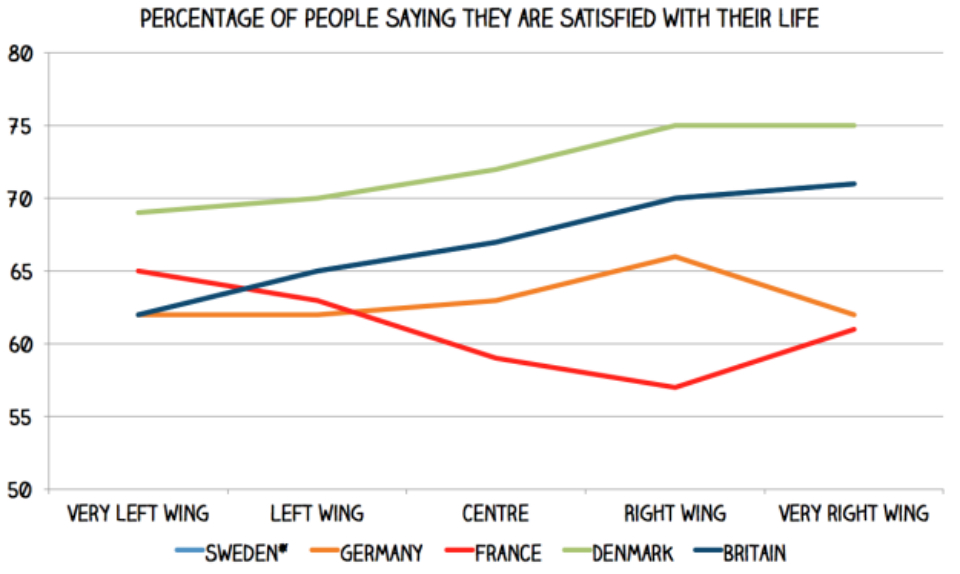 The research was carried out for the new edition of the book Sex, Lies and the Ballot Box, published on Friday. Joe Twyman, YouGov’s head of political and social research, warned against changing your politics to improve your sex life.

“There are obviously numerous factors that might explain an individual’s sexual happiness and this study does not suggest that changing your political views would make you happier in bed (or on the stairs, on the kitchen floor, in the shower and on the backseat of the car),” he told BuzzFeed News, in unexpected detail.

“The old rules about correlation not equalling causation always apply. Being very right wing doesn’t make you sexually satisfied, but nonetheless, these results suggest it is, in contrast to at least some stereotypes popular in the political world, those on the very right of the political spectrum who enjoy their sex life the most – and that this finding is true across a number of different European countries.”