Sep 7, 2014 Source: telegraph.co.uk
Historians believe distinctive geometric fortresses may have been built by Sweyn Forkbeard as a military training camp from which to launch his invasion of England 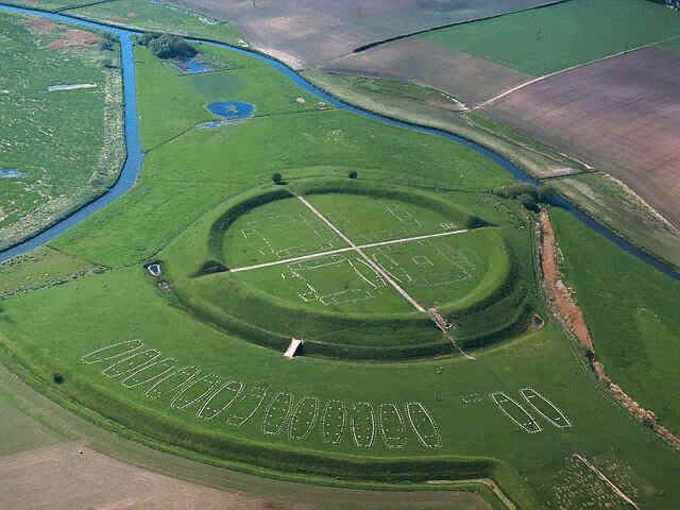 This is not a photo of the recently discovered ring. This is from a known one in Sjaelland. No photos of the recent archaeological discovery yet.

Archaeologists in Denmark have discovered a distinctive ring-shaped Viking fortress which historians believe may have been used to launch an invasion of England.

The fortress found on the Danish island of Zealand, around 30 miles south of Copenhagen, is the fifth circular fortress to be unearthed, and the first in over 60 years.

“This is great news,” said Lasse Sonne, a Viking historian from the Saxo Institute at the University of Copenhagen.

“Although there were Vikings in other countries, these circular fortresses are unique to Denmark. Many have given up hope that there were many of them left.”

Like previously discovered ring fortresses, the Vallø Borgring is thought to date back to the late tenth century and the reign of Harald Bluetooth, the king who Christianised Denmark and Norway.

However, some historians contend the fortresses were constructed by his son Sweyn Forkbeard, the first Danish King of England, as a military training camp or barracks from which to launch his invasions of England. Sweyn Forkbeard seized London in 1013 and was declared King of England on Christmas Day of that year.

The newly discovered fortress has a diameter of 475 feet, making it the third-largest of its type, and consists of a 35-foot wide circular rampart surrounded by a palisade of wooden spikes.

Although only small portions of the new fortress have been uncovered, it appears to match the design of Denmark’s other ring fortresses, sticking to a strict geometric pattern.

The fortresses have four gates facing outward in different compass directions, and an interior courtyard symmetrically divided into four quarters. It is thought that Viking “longhouses” would have been constructed within the fortress. 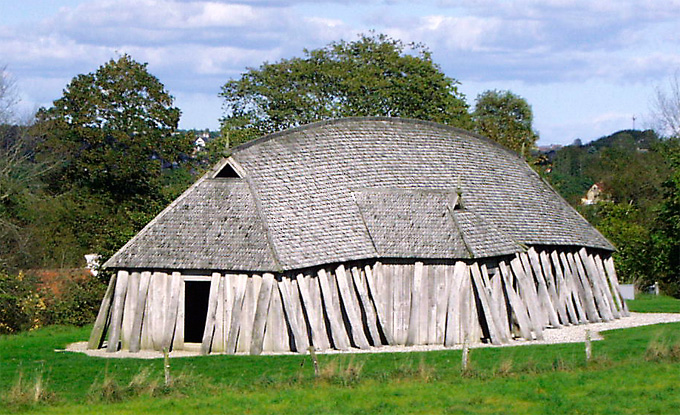 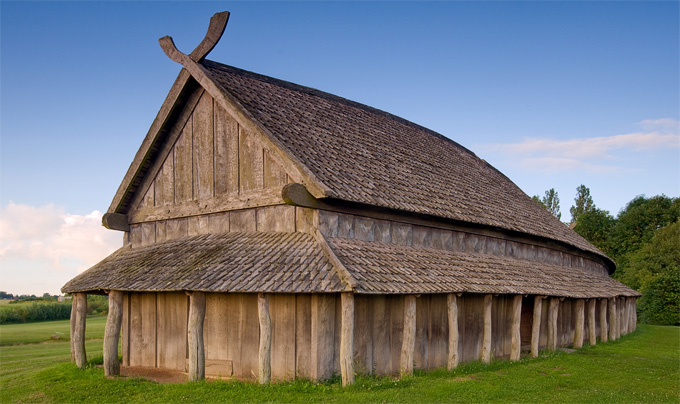 Historians believe the geometric design may have been inspired by old Roman army camps found by Vikings during their raids on England.

Denmark’s ring fortresses are also known as Trelleborgs, after the location of the first to be discovered in western Zealand.

The other three are located in Aggersborg and Fyrkat in northern Jutland, and Nonnebakken near Odense. 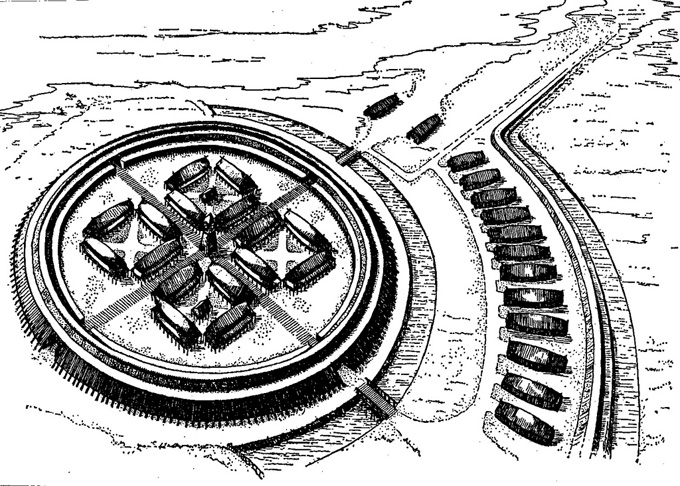 The possibility that this geometric shape was inspired by the Romans is pretty slim. If we go to some of the oldest art in Scandinavia, rock art (Hällristningar), from the Nordic Bronze age, as far back as 1800 BCE (maybe older), we can see this circular shape divided in four quarters everywhere. It’s a sun cross / sun wheel, an ancient symbol. Here are just a few examples from around Bohuslän in Sweden, Bornholm in Denmark & the west coast of Norway: 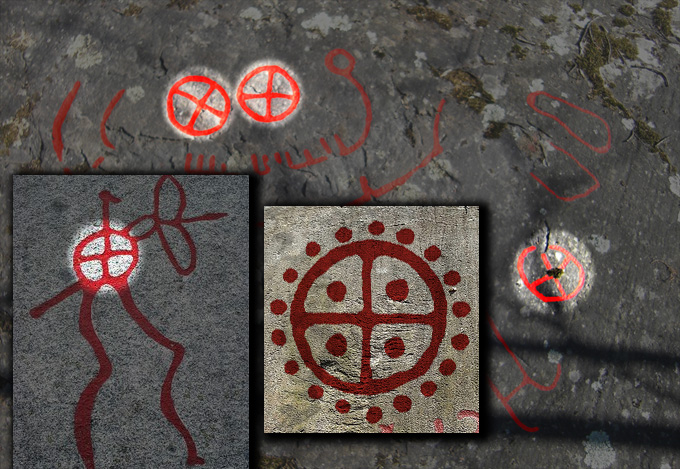 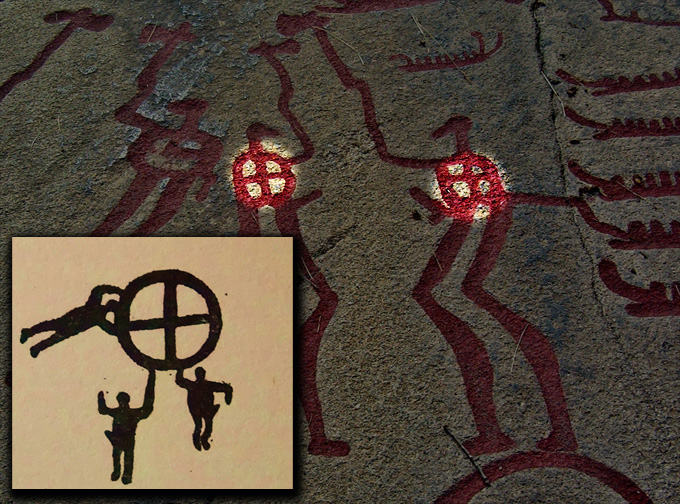 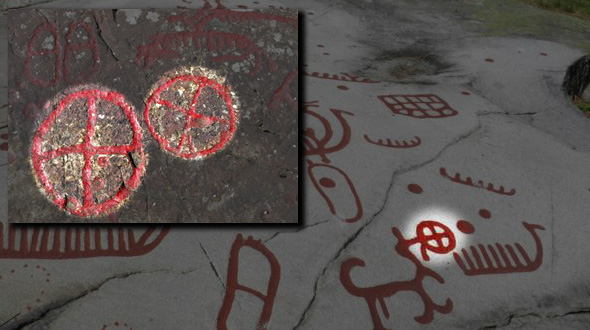 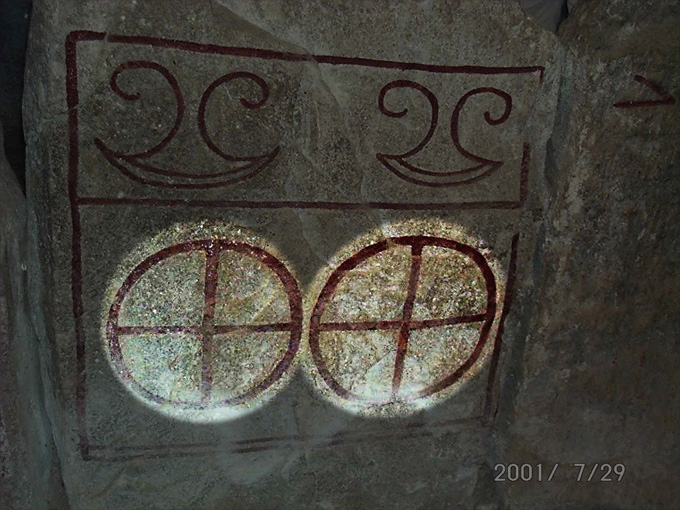 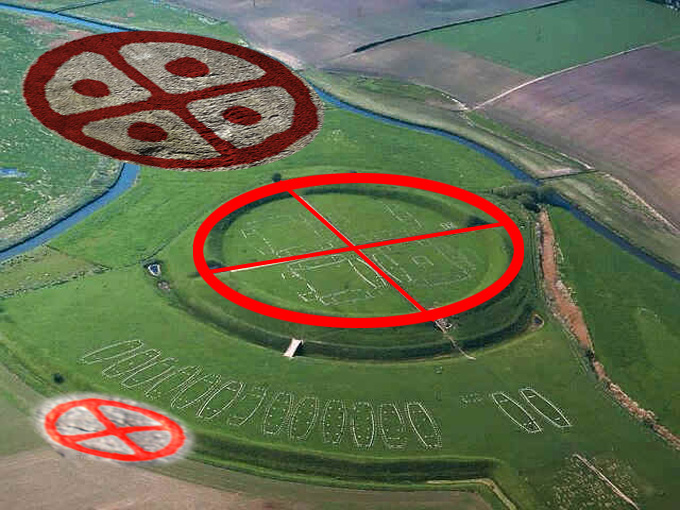 It’s doubtful that the Vikings would have to go to England and see what the Romans erected to get their inspiration, when this shape was an archetypal symbol part of the people living in Scandinavia for many thousands of years before they even encountered the Romans.