Vikings Were Pioneers of Craft and International Trade 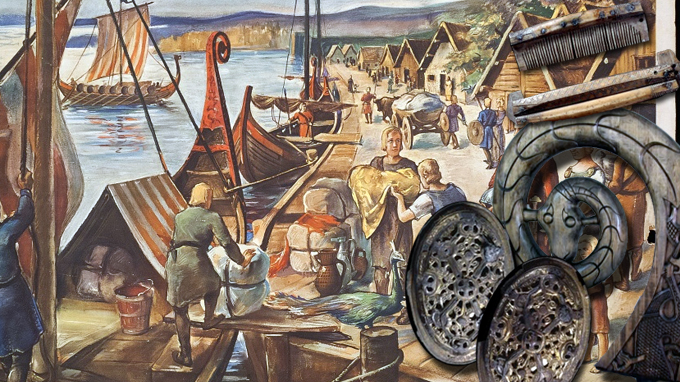 The connections between technology, urban trading, and international economics which have come to define modern living are nothing new. Back in the first millennium AD, the Vikings were expert at exploring these very issues.

While the Vikings are gone their legacy is remembered, such as at the annual Jorvik Viking Festival in York. The Norsemen's military prowess and exploration are more often the focus of study, but of course the vikings were more than just bloodthirsty pirates: they were also settlers, landholders, farmers, politicians, and merchants.

Between the 8th and 11th century (the Viking Age), Europe saw significant technological advances, not all of them Scandinavian – the Anglo-Saxons, Frisians and Franks were equal players. To understand these changes, we have to see them in the context of increasing contact between Scandinavia, the British Isles, and continental Europe – in which the Vikings were key players. Technological innovations such as the potter's wheel and the vertical loom transformed not only the types of products being manufactured in Viking settlements, but also the scale on which they were produced.

Technological developments emerged as people came together in growing coastal trading centres and market towns. The world was rapidly becoming more joined-up during this period than at any time since the heyday of the Roman Empire. Trade fostered international links across the North Sea, Baltic and beyond, and similar developments were happening as far afield as the Middle East, Africa, and Asia. This was a period in which people began to live and work in entirely new ways, and technological change was both a cause and an effect of this.

While many Viking artefacts of the period are familiar, the complex methods that lay behind their manufacture are less well-known. Each involved a specialised set of skills, tools and raw materials, which meant craftspeople were reliant not only on a market for sale, but also on a well-organised supply chain. This is why the development of specialist crafts, of growing urbanisation, and of long-distance trade are intimately connected.

The Vikings were expert shipbuilders and navigators, and while evidence for their shipwrights' skills survives to the present day, there is little detail of how they navigated their huge journeys. What is clear is that between the 8th and 11th century, viking shipping underwent significant development, beginning with the appearance of the sail, and leading to the development not only of specialist warships, but also of prototypes for the large cargo vessels that would come to dominate the waters of later medieval Europe. But Viking technology had more to offer than ships and swords. 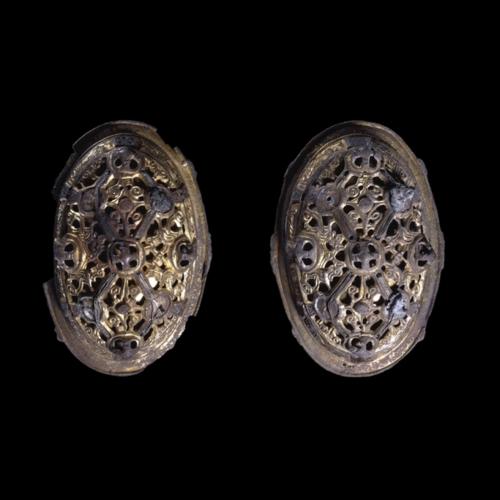 Among the most recognisable Viking artefacts are their brooches. Long studied by archaeologists, they signified gender, status, and ethnicity. Work is ongoing to reveal the advanced technology used in their manufacture.

Evidence for brooch manufacture in Viking towns includes the remains of moulds and crucibles. The crucibles are often found complete with residues of the metals melted down in them. Brooches were cast by pouring this metal into moulds, which were produced by pressing existing pieces of jewellery or lead models into clay, followed by minor artistic modification. This resulted in a sort of mass-production. As this craft was dependent on high-quality brass ingots from continental Europe, specialist jewellery production centres arose at ports associated with long-distance trade routes.

Strings of ornate glass beads are another common sight in Viking museum displays. Beads were made in Scandinavian towns by carefully manipulating coloured glass as it melted. Waste deposits prove that the raw glass used in this process came in the form of coloured tesserae: small, square blocks from the Mediterranean, where they were used to produce mosaics. Whether they were bought and sold in south-eastern Europe, before travelling west, or whether they were ripped from Byzantine churches on raids in the region is unclear.

Animal bones were among the most important materials in pre-modern technology: a durable, flexible, readily available raw material used for everything from knife handles to ice skates. Many such objects could be made quickly, with little training – but not the Vikings' hair combs.

These large, ornate, over-engineered objects took days to manufacture and required a trained hand. Specialised tools such as saws, rasps, and polishers were needed, and deer antler particularly was the material of choice. 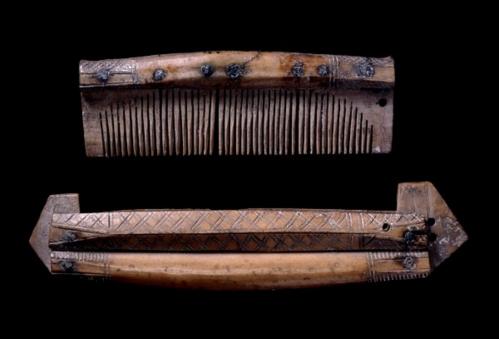 Viking combs ranged from the practical to the ornate.
Credit: British Museum

Combs of this type go back to the Late Roman period, but they really came into their own in the Viking Age, where they became a symbol of status and aspiration. Combmakers tended to work in towns, where they had access to periodic markets and a supply network that brought in deer antler from the local countryside, and reindeer antler from the Arctic north. They may also have moved around from town to town, in order to maximise their sales. It's a great example of the way town, countryside, and long-distance travel were tied together in order to support the technology that was important to the everyday life of Viking-Age people.

These examples of craftmanship and technical tool work – and there are many more – demonstrate that the Vikings should be seen as more than just raiders, and more more than simple traders or merchants too. With their outward-looking society and cutting edge techniques, they were among the earliest investors in global technologies in a post-Roman world that, even then, was increasingly international. And today, as a modern recreation of a Viking vessel embarks for the first ever Viking exhibition in China, it's clear their appeal is truly global.