Vikings were “Real People” and Not Just Marauders, New Analysis of their Social Networking Shows 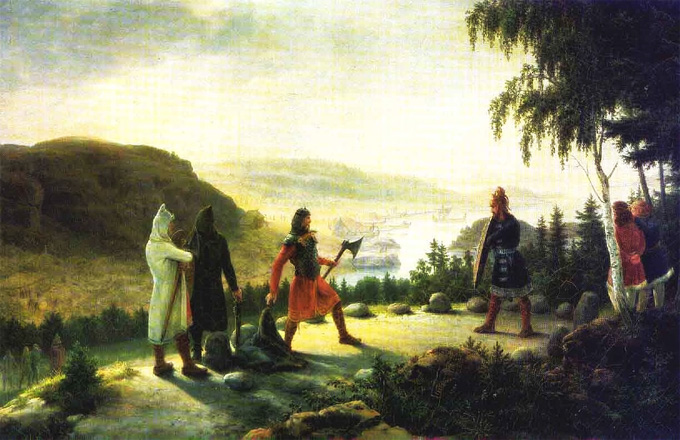 A modern analysis of social networks detailed in the Íslendinga sögur—the Sagas of Icelanders—manuscripts by a team of mathematicians from the Applied Mathematics Research Centre, Coventry University, England, has shown that the sagas are realistic and probably represent real social interactions of early Viking peoples, dispelling the myth that they were “just” marauders.

The study, published in the latest issue of the European Physical Journal (B 86 (2013) 407) by P. Mac Carron & R. Kenna, titled “Network analysis of the Íslendinga sögur — the Sagas of Icelanders,” applied methods from statistical physics to social networks—in which nodes (connection points) represent individuals and links represent interactions between them—to hone in on the relationships between the characters and societies depicted in the most famous sagas.

Although the historicity of these tales is often questioned, some believe they may contain fictionalized distortions of real societies, and Mac Carron’s and Kenna’s research bolsters this hypothesis.

They mapped out the interactions between over 1,500 characters that appear in 18 sagas including five particularly famous epic tales.

Their analyses show, for example, that although an ‘outlaw tale’ has similar properties to other European heroic epics, and the ‘family sagas’ of Icelandic literature are quite distinct, the overall network of saga society is consistent with real social networks.

Moreover, although it is acknowledged that J. R. R. Tolkien was strongly influenced by Nordic literature, the Viking sagas have a different network structure to the Lord of the Rings and other works of fiction. 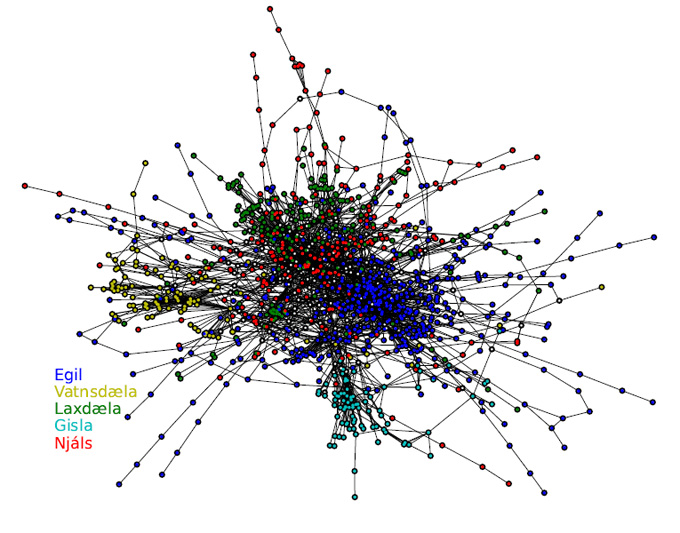 FIG. 4. Network for the amalgamation of the five major sagas (in colour online). White nodes represent characters who appear in more than one saga. There is a large overlap of characters from Laxdæla saga (green) and Njáls saga (red).

“This quantitative investigation is very different to traditional approaches to comparative studies of ancient texts, which focus on qualitative aspects. Rather than individuals and events, the new approach looks at interactions and reveals new insights—that the Icelandic sagas have similar properties to those of real-world social networks.

“On a wider level, the new approach shows that even after two centuries of scholarly examination, these sagas offer new knowledge if new techniques are applied and new questions asked.

“Our aim is to determine statistical properties of the saga society in a similar manner to the studies of mythological networks, fictional network[s] and real social networks.” 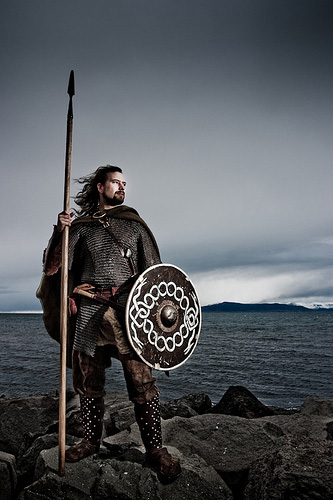 They also compared the social networks underlying the Íslendinga sögur to each other and to random networks “to give unique insights into an important part of our cultural heritage.

“We conclude that whether the sagas are historically accurate or not, the properties of the social worlds they record are similar to those of real social networks,” the authors said.

“Although one cannot conclusively determine whether the saga societies are real, on the basis of network theory, we can conclude that they are realistic.”

*The Íslendinga sögur constitute a collection of medieval literature set in Iceland around the late 9th to early 11th centuries, the so-called Saga Age.

They purport to describe events during the period around the settlement of Iceland and the generations immediately following and constitute an important element of world literature thanks to their unique narrative style. Although their historicity is a matter of scholarly debate, the narratives contain interwoven and overlapping plots involving thousands of characters and interactions between them. 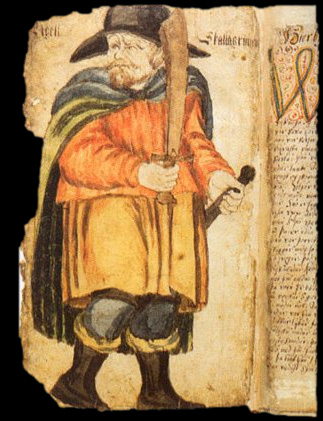 The network structures underlying societies depicted in a number of the sagas—the Njáls saga, Njáls saga (Njal’s Saga), Vatnsdæla saga (Saga of the People of Vatnsdal), Laxdæla saga (Saga of the People of Laxardal), Egils saga Skallagrímssonar (Egil’s Saga) and Gísla saga Súrssonar (Gisli Sursson’s Saga) were compared to each other, as well as to real, imaginary and random networks.

“Amongst ancient narratives, the Íslendinga sögur present an especially interesting case study because they purport to take place over a relatively short time period (namely around and following the settling of Iceland) and they contain an abundance of characters, many of whom appear in more than one narrative, allowing us to create a large, mostly geographically and temporally localised social network,” the authors wrote.

The Njáls saga is widely regarded as the greatest of the prose literature of Iceland in the Middle Ages and more vellum manuscripts containing it have survived compared to any other saga. It also contains the largest saga-society network.

The epic deals with blood feuds, recounting how minor slights in the society could escalate into major incidents and bloodshed. The events described are purported to take place between 960 and 1020 AD and, while most archaeologists believe the major occurrences described in the saga to be probably historically based, there are clear elements of artistic embellishment.

Laxdæla Saga tells of the people of an area of western Iceland from the late 9th to the early 11th century. It has the second highest number of preserved medieval manuscripts and also contains the second largest network.

Vatnsdæla Saga is essentially a family chronicle, following the settling of Ingimund, the grandson of a Norwegian chieftain, in Iceland with his family until the arrival of Christianity in the late 10th century.

Egils Saga tells of the exploits of a warrior-poet and adventurer. The story begins in Norway with Egil’s grandfather and his two sons. After one of them is killed, as a result of a dispute with the king, the family leaves to settle in Iceland. The latter part of the story is about the life of Egil himself.

Gísla Saga is an outlaw narrative centred on human struggles, as the eponymous character is “on the run” for 13 years before being finally killed. It is set in the period 940–980 AD.

The latter story of an outlaw is mostly centred on one character rather than on a society and in this sense it is quite different to the other sagas considered here. It is classed as an “outlaw saga” as opposed to a “family saga.”

Egils Saga is also noteworthy in that a significant proportion of it is set outside Iceland, beginning in Norway with the protagonist’s family, where about a third of the saga’s characters first appear. Later in the story Egil travels to Norway amongst other places. Therefore the network contains overlapping social structures rather than a single coherent one.

Egils Saga, moreover, contains a greater amount of supernatural elements than most of the sagas, though this is mostly contained in the prologue.

The narrative technique employed in the sagas is notable in that they are objective in style.

Partly because of this, and the manner in which they are presented as chronicles, the sagas were widely accepted as giving more or less accurate and detailed accounts of early Icelandic life (obvious supernatural elements notwithstanding). The family sagas in particular, a corpus of almost 50 texts, are remarkable for their consistency. 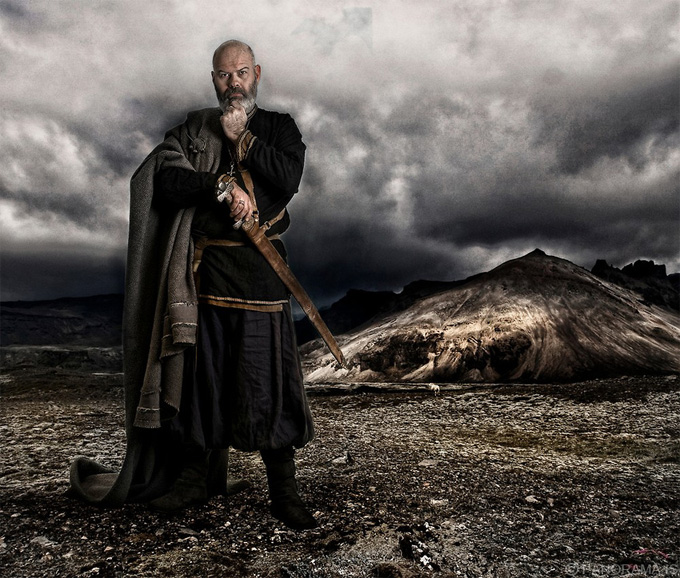