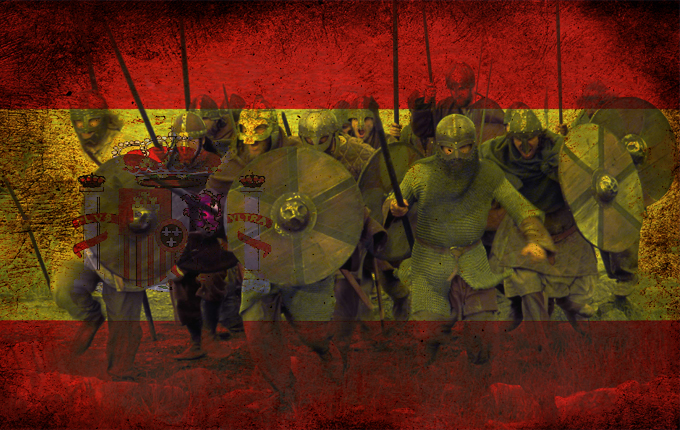 The fearsome reputation of the Vikings has made them the subject of countless exhibitions, books and films – however, surprisingly little is known about their more southerly exploits in Spain.

No comprehensive archaeological study of Viking sites in Spain has ever been carried out and now a University of Aberdeen researcher plans to dig up the ‘Spanish Vikings’ for the first time.

Dr Irene García Losquiño from the University of Aberdeen’s Centre for Scandinavian Studies, says she was surprised how little is known, even in academic circles, about the Vikings movements in Spain.

“There are written accounts of Viking raids in northern Spain but, archaeologically, absolutely nothing has been done on an academic scale,” she said. “Internationally, there is only a vague knowledge that the Vikings went there. They visited the area from around 840 until the 11th century but there is no realisation that there is this vast thing to be explored. Most of the studies focus on their activities in other countries such as Britain and Ireland.”

Dr García Losquiño, who is from the region, was compelled to visit Galicia in Northern Spain unexpectedly when a number of Viking anchors were washed ashore in a storm in March 2014.

“I don’t believe in fate,” she added, “but I had been writing about Galicia at the time of the storm, and when I read that these anchors had washed up, I dropped everything and went to investigate for myself, with the invaluable help of two knowledgeable archaeologists: Dr Jan Henrik Fallgren, from University of Aberdeen, and Ylva Backstrom, from University of Lund."

“The local heritage society, Mariña Patrimonio, spoke to two town mayors and together they agreed to pay our accommodation, and a professor from the University of Santiago, Manuel Gago, joined the heritage society to give me and my colleagues a five day tour around the area. It was the best five days of my life – mind-blowing!

“On the beach where the anchors were found there was a big mound which locals thought might have been a motte-and-bailey construction, which was used by the later Vikings in France. But with the help of a geographer using tomography we now think this was a longphort – a Viking construction only found in Ireland during the early Viking age, and very similar to English Viking camps, where they would winter, after taking over the harbour.

“All this indicates that there is a far greater impact on the landscape than the written sources attest to. It is said the Vikings first attacked the north of Spain, took some towns and came through the fjord into Santiago. The sources say they were “in the fields for 3 years”, but no one knows where, or what they did there. Some of these sites could reflect these places where there was a certain amount of settlement."

Dr García Losquiño is currently applying for funding to undertake a project in Galicia and Seville, which she says will represent a unique opportunity to inform the local community about their history. As part of the project she intends to host public engagement events where locals can come and watch the digs in progress, and contribute to exhibitions that will showcase their finds.

Some of the sites are marshlands, which Dr García Losquiño says are perfect conditions for preserving archaeological treasures.

She said: “Excitingly, I am preparing a dig in spring. We are going to several sites that have very unusual shapes with metal detectors. We have been comparing aerial maps from the 1950s with up-to-date satellite images and they look exactly like Viking camps that have been found elsewhere. We want to find something datable and trace their movements, through where they established camps.

“In these places there is an identity within the current population that is not Celtic and not Spanish, but Viking. There are certain places that have traditions based on north euro or Scandinavian customs. In places there are Iron Age mounds that have big pieces of quartz that would have been found, for instance, in Sweden. The chronicles state that some of the Vikings stayed behind, and they were offered the chance to integrate into society. Some locals believe that is why there are a lot of people with ginger hair and blue eyes, far more than in other parts of Spain!

“It is hugely important to share any information that we find with the local community, so they can relate their history to the interaction with the Vikings. They are proud of this link to the Vikings. In some towns there are festivals and pilgrimages that pay homage to these roots. But there is a lack of facts and data about when they were here, where they went, and how long for. I hope to be able to fill in some of these blanks and share it with the whole community. It is such a local thing, in some cases only a Spaniard, and in some cases someone who can speak the local language can have access to – so I am very fortunate!”